Jesus Was Not White

What You See Is What You Get

No that's not Evan, the trendy Millennial who orders the Venti Frap with extra sassy every morning. The picture above is that of Jesus Christ our savoir. The man who died for all of our sins, according to western culture.

Disclaimer: This article will not go into great length about who's right and who's wrong about Jesus Christ or dive into every different perspective. That would take forever and if I learned one thing over the past few years (especially this past election season) it's that most people barely read a full article anymore. So I am going to take the most logical common sense approach to explain why the most accurate physical depiction of Jesus Christ can not be that of a White man.

Before I continue I'd like to explain to you how this article came about. Some time today I was reminded of a segment on FoxNews where anchor woman Megyn Kelly insisted that Santa and Jesus Christ are White. The video is below at the bottom of this article if you want to check it out and come back.

I said I was going to attack this in the most logical, common sense way I possibly could right? Okay, so lets look at both Santa and Jesus as fictional characters, after all that's what they are. Whaaaa? Yes, you read that correctly.

Most scholars who hold any kind of credibility will tell you that any evidence presented to suggest Jesus Christ actually existed is seen as “an academic embarrassment.” (biblical scholar J.D. Crossan). Think about it like this; We know dinosaurs existed because we have proof (fossils), we know Julius Caesar existed because artifacts confirm his life and death. As for old blue eyes with the long hair...nada.

So your next question should be, "if these two guys are fictional characters, then wouldn't that make Megyn Kelly right?" The answer is no, and I will tell you why. 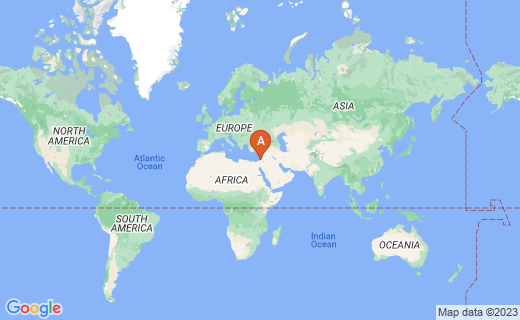 Even though I just described both Santa and Jesus as fictional characters, they are not comparable. This is the mistake Megyn made. There is a huge difference that separates them. Santa Claus is based on several different real historical and fictional figures such as Saint Nicholas, and British and Dutch figures such as "Father Christmas" and "SinterKlaas". In contrast the figure known as "Jesus Christ" may also be a combination of characters from other religions.

Here is the big difference; The birthplace of the character and his parents.

You see the origin story of Santa Claus doesn't really give us a birthplace or parents. All we know is that he lives in the North Pole which in itself is ludicrous because the "North Pole" is in the middle of the Arctic Ocean. Without a birth place or parents, we can assume that the most popular current depiction of Santa is probably logical. White guy, white hair and rosey cheeks. Okay, I'll buy that. This is how she should have explained her comment, but this is also where she should have stopped. Let's look at Jesus's origin story.

Every great hero has a great origin story right?

Think about it; Superman is an alien from another planet raised as a good old American boy from Kansas. Even though he is all powerful and from another world he fights for truth, justice and the American way! What about James Bond? The orphan who grew up to be a dashing British secret agent who saves the world while bedding beautiful women and never losing his cool.

Jesus Christ, the man miraculously born to a virgin woman in the Middle East walks the earth teaching and using his magical powers to heal the sick and bring hope and faith to humankind. Not a bad origin story eh? The only problem I have with this one is the fact that this guy looks like the average White hipster in Manhattan. Even down to the sandals. How can this be?

Based on just about every origin story of Jesus Christ he was born in the Middle East. Based on scientific and historical evidence of the time period, environment, and population of this region at the time, it wouldn't make sense that he would have white skin and blue eyes.

You can make Superman Black if you want. All you have to do is change the origin story. Instead of everyone on Krypton being White (must be very little sun on the whole planet), just make them Black and voila, Black Superman. Same goes for James Bond, in fact it's easier to change him black.

His origin story is ambiguous. All we know is that he always has a British accent, wears tuxedos a lot and likes his vodka martini "shaken not stirred". Write him up as being born to a Black mother or father and voila, Black James Bond. The problem with Jesus is that either way you slice it, fictional or nonfictional character, Old Testament or New, King James or New International Version; Jesus was born in the Middle East to a Middle Eastern woman. The only logical way he ends up looking like the photo at the top of this article is if you change his origin story, specifically location or parents. The only other explanation would be that one of his parents is White with strong genes and in addition to turning water to wine Jesus had one hell of a built in super sunblock all over his body. Yes the sun is rather strong in the Middle East.

Where There Is Unity There Is Victory

So if it doesn't make logical sense that Jesus Christ was indeed a White man, then why is most of our western culture is saturated with the same inaccurate depiction of him? This is easily defined by one quote; "History is Written by The Victors". Yes it's the same reason why American history books leave out the raping and pillaging of the Native Americans by Christopher Columbus or government mind control through MK Ultra project. If you gain control, you can re-write history anyway you like. Hey, look at communist China they managed to take it a step further. By censoring their internet they are essentially re-writing the present as it happens! If you think this is all a bunch of nonsense or conspiracy theory go check this out this CNN article; McGraw-Hill to rewrite textbook after mom's complaint. If you can't watch the video write now here's an excerpt;

(CNN)Textbook publisher McGraw-Hill will rewrite a section in one of its books after a Houston-area mother complained that it whitewashes the role of slavery in bringing Africans to America.

Roni Dean-Burren took to Facebook last week to vent her frustration over the wording of a passage in her son's "World Geography" textbook that calls African slaves "workers" and "immigrants.""The Atlantic slave trade brought millions of workers ... notice the nuanced language there. Workers implies wages ... yes?" she wrote.

So the next time you hear someone screaming at the top of their lungs mention the points I brought up here or direct them to this article. I would love to see if I can get an intelligent response from any one of them.