Jonah in the Bible: The Man, Meanings and Applications

Katie has been a member of the LDS Church since her baptism at age 8. She graduated from Seminary, the Institute of Religion, and BYU.

The Book of Jonah and the Whale

The prophet Jonah from the Book of Jonah

Jonah was a Hebrew prophet, from the Northern Kingdom of Israel, that lived in the 8th century BC. According to 2 Kings 14:25, Jonah was the son of Amittai (agrees with the first verse in the Book of Jonah) and was from the town of Gath-hepher. This verse in Kings also tells us that he prophesied of the restoration of the coast of Israel, which was completed by Jeroboam the II. (He ruled from 790-749 BC). Jonah is a biblical prophet of great significance to Jews, Christians and Muslims alike. His story is told in a 48 verse book in the bible entitled, "The Book of Jonah" or simply "Jonah."

Jonah was called to preach in Ninevah, the capitol city of an enemy empire that conquered Israel occasionally.The biblical book of Jonah is read on Yom Kippur by the Jews. Jonah is the only of the twelve minor prophets mentioned by name in the Koran. And, Christians see great symbolism foretelling the mission of the coming Christ in the story of Jonah. Although his book is one of the shorter biblical texts, Jonah is an important religious figure.

VeggieTales' Version of the Story of Jonah

The Outline of the Book of Jonah

The Book of Jonah is 48 verses long and can be divided into two relatively symmetrical halves.

Running from the Lord

In the first two verses, or paragraphs of the Book of Jonah, the Lord, the Supreme Being and Creator of the Universe, commands Jonah to go cry repentance to Nineveh.

Nineveh was a 3 days journey from Gath-hepher, Jonah's hometown.However, instead of obeying, Jonah goes to Joppa (modern day Jaffa) and books passage to Tarshish. This trip is in the opposite direction from the trip to Nineveh that Jonah had been commanded to take. 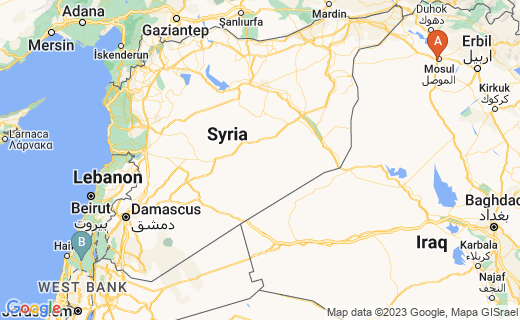 Mosul is the present day city nearest Nineveh, the capital of the ancient empire of Assyria. 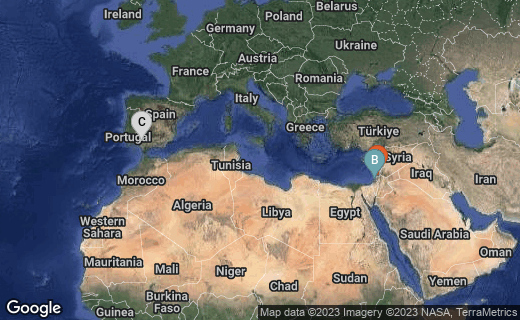 The town that was known as Joppa in Jonah's day, is called Jaffa today.

In Jonah's day, Israel was an independent country, and could even be considered a Near Eastern super power at the time, but was also at risk of becoming a vassal to the Neo-Assyrian empire.

Vassals were independent states that maintained their own government, but had to pay tribute to a larger empire to avoid being conquered and deported. Frequently, taxes were imposed upon the citizens of vassal states, in order to pay these burdensome tributes. This lead to a general feeling of dislike by the vassals for their empire over-Lords.

It's no wonder then that Jonah wasn't a fan of going to Nineveh, the capitol city of the empire that was threatening to make his home country their vassal.

Casting Lots and Calming the Storm

Once Jonah boards the ship and the ship departs, a great storm arises. When Jonah's shipmates began to fear that they may drown in the storm, they each seek to placate their Gods. When nothing could be done to end the storm, they awoke the man who slept, the only man who hadn't tried to please his God, and commanded him to pray to his God.

In verse 7 of chapter 1, we learn that the crew cast lots to determine who has angered the God and brought the great storm upon them. We're not sure exactly what was entailed in casting lots, but we do know that it was a common method used to decipher the divine will. (For example, it is also seen in Leviticus 16:8, 1 Chronicles 26:14, Acts 1:26, etc.)

Although the men don't want to kill Jonah, Jonah eventually convinces them to throw him overboard by telling them about his attempts to run from the Lord. Jonah is then swallowed by a whale.

(There is a lot of debate as to the kind of great fish that is referred to in the Book of Jonah. Whether it is a whale, shark, or other large sea creature is unknown.)

Christian Symbolism of the 3 Days in the Great Fish

Many Christians believe that Christ spent the 3 days between His Crucifixion and His Resurrection organizing a missionary effort among those who had died.

Many Christians also see Jonah's 3 days in the belly of the whale as the 3 days Christ spent in the tomb. This is especially supported by the second verse in the second chapter of the Book of Jonah where Jonah says he cried unto God out of the belly of Hell, when describing his cries unto God from the belly of the fish.

Jonah's suffering in the whale depicts the law of justice and shows that all sins must be atoned for.

Once the fish vomits him back onto dry ground, Jonah is once again called to go to Nineveh. Jonah goes, Jonah preaches, the people repent, and God doesn't destroy them.

Jonah was displeased that the people of Nineveh were not destroyed. Not only does he want the great destructions he has prophesied upon their heads to occur because he prophesied them, he wants to see his political enemy destroyed.

In the last chapter of the book of Jonah, God uses a gourd that gives Jonah shade to explain to Jonah that He loves all His creatures and that Jonah should do all he can to care for God's children.

Jonah 3:5 says, "So the people of Nineveh believed God, and proclaimed a fast, and put on sackcloth, from the greatest of them even to the least of them."

Sackcloth was a material made of goat or camel hair used to make sacks and garments. Clothing made of sackcloth was uncomfortable and was worn by people who were in mourning or seeking repentance.

Adam and Eve in the Book of Jonah

Adam and Eve in the Book of Jonah

Many also see symbolism of Adam and Eve in the Book of Jonah. In Genesis 3, Adam and Eve are tempted by Satan to eat the fruit and they are faced with a dilemma. Do they obey God or eat the fruit? They make a deliberate choice and eat the fruit and then face the catastrophe of realizing they are naked. God then confronts them and they are expelled from the garden, although they do not physically die immediately after their expulsion. Finally, in the fallen world hey realize that disobedience brings disastrous results and that they are dependent on God.

Jonah was faced by the decision of whether or not to go to Nineveh. He made a deliberate choice and ran from the Lord. This resulted in the catastrophe of the storm. God confronts Jonah in the belly of the whale and while he is complaining in Nineveh that God didn't destroy the people of Nineveh. Jonah suffers in the whale, but doesn't ultimately die during this experience. At the end of the book, Jonah realizes that he is dependent on the Lord, through the parable of the gourd.

This means that Jonah represents both Adam and Adam's Savior, Christ, an interesting, and noteworthy juxtaposition.

Jonah in the New Testament

Luke 11:29-32: And when the people were gathered thick together, he began to say, This is an evil generation: they seek a sign ; and there shall no sign be given it, but the sign of Jonas the prophet. For as Jonas was a sign unto the Ninevites, so shall also the Son of man be to this generation. The queen of the south shall rise up in the judgment with the men of this generation, and condemn them: for she came from the utmost parts of the earth to hear the wisdom of Solomon; and, behold, a greater than Solomon is here. The men of Nineve shall rise up in the judgment with this generation, and shall condemn it: for they repented at the preaching of Jonas; and, behold, a greater than Jonas is here.

According to Jewish tradition, Jonah was the boy that Elijah brought back from the dead. As such, Jonah is portrayed as having many things in common with Elijah.

The Book of Jonah is read in its entirety during the afternoon prayer service on Yom Kippur, also known as the Day of Atonement, the holiest day of the Jewish calendar.

Jonah is the only of the 12 minor prophets named in the Koran. He is known and Dhul-Nun, or the One of the Whale. The 10th Surah, or Chapter, of the Koran is known as Jonah, although he is only mentioned in one verse.

The Muslim Jonah's story closely matches that of the Jewish story, although Muslims believe he is from the tribe of Benjamin, even though Gath-Hepher is in Zebulun's territory. Both Jews and Muslims believe Jonah to be the son of Amittai.

Jonah was spoken of with great reverence by the great Islamic prophet, Muhammad.

Before ISIS' arrival in Mosul (present day Nineveh), the tomb of Jonah, believed to be in Nineveh, was a common site of pilgrimage.