Mantras of Kala Bhairava - The Lord of the March of Time

Lord Bhairav is considered to be the incarnation of Lord Shiva. Kalabhairava is the Lord of the March of Time. The Sanskrit meaning of the word ‘Bhairava’ is ‘Terrible’ or ‘Frightful’. Kaal Bhairav Ashtakam composed by Shri Adi Shankaracharya is devoted to in Kaal Bhairav. Bhairav is a fierce form of Lord Shiva. There are several legends about the origin of Bhairav out of which the most popular one involves the Trinity in Hindu Religion as described in Shiv MahaPurana. The story is that when Brahma who was originally endowed with five heads started displaying his arrogance as the supreme creator of the Universe, Lord Shiva assumed the form of Bhairava and cut off one of the five heads of Brahma.

Bhairav is worshiped by Hindus and Buddhists alike. Bhairav is also referred to as Bhairo or Bhairon or Bhairadya. His vehicle is dog and he wears ornaments of snakes. He wears a tiger skin and a ritual apron composed of human bones. He also carries the amputated head of Lord Brahma. It is believed that worshiping Kalabhairava would solve most of the problems which are pending for a long time. Those who wish to improve their time management skills also may worship him. Persons having malefic planets in the birth lagna (time) or n transit is effective to reduce their negative effects. According to Indian Astrology, worshiping Bhairav is helpful for those suffering from the malefic effects of Rahu in the horoscope. Bhairav is also a friend of Shani. Lord Bhairav, also like the Goddess Kali is worshiped by Yogis and Tantriks to gain Siddhis. There's a shrine for Lord Kaala Bhairava in most Siva temples. He is a very easy to please and can be worshiped by offering Coconut, Flowers, Sindoor, Mustard oil, black til etc. Feeding and taking care of dogs is another way of showing our devotion to Lord Kaala Bhairava. Bhairava himself has eight manifestations, Kala Bhairava, Asitanga Bhairava, Samhara Bhairava, Ruru Bhairava, Krodha Bhairava, Kapala Bhairava, Rudra Bhirava and Unmatta Bhairava.

Given below are the Mantras of Lord Bhairav. 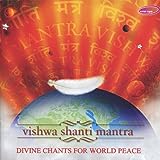 Given below are the Mantras of Lord Bhairava.