True Righteous Eternal Principles are not the property of a particular faith per se, but the heritage of ALL people of faith and principle.

Believing in Continuing Revelation means to have a firm faith that God continues to reveal His will to humans through righteous women and men just as He did during the times of Adam, Moses, Ruth, and Ester. God can direct humanity at different times to do different things. That means that He reveals things to His people per their circumstances.

Just as in Biblical times, when a prophet speaks there are those who refute them.

The scriptures reveal that even the people God initially covenanted with to maintain His teachings rejected the prophets until He rejected those people in return, at least until He comes again as the resurrected Jesus Christ.

Before God dispersed His people, He gave them records of revelation through mortal men and women. These people wrote down impressions, visions, history, wisdom, and poetry to convey what God revealed to them and passed it on.

Now the world has those writings in the form of scripture. Yet God is not dead, nor does He sleep. He still reveals things to people all over the world in all religions. He even sanctions prophets to speak His mind and will for His people, and others, who are humble enough to hear them.

God Works Through ALL People

The Holy Bible is the inspired word God revealed to many holy prophets for their time--all of which applies still today. It is the word of God and the things written there for salvation are true.

There are mistakes in the Bible, yes, but that in no way takes away from the divine message of salvation through Jehovah in the first testament, The Old Testament called old, and the salvation fulfilled through Jesus Christ in The New Testament.

The mistakes are those made by scribes who dutifully wrote the scripts dozens of times each to preserve them by hand and translated them into all languages. Believers owe a great debt to the Catholic church for its work to preserve the scriptures and their efforts, which took the Gospel of Jesus Christ to the entire world. Because of that church, Christianity is 2 Billion strong and growing. This is not to discount the growing influence of Islam and Buddhism. God uses the knowledge revealed and accepted through all people to teach them what they are willing to accept.

God works through ALL people in and out of religious organizations, but only one faith provides salvation from death and eternal life with God and that is Christianity in its purest form.

The Origin of the Prophets in the Bible 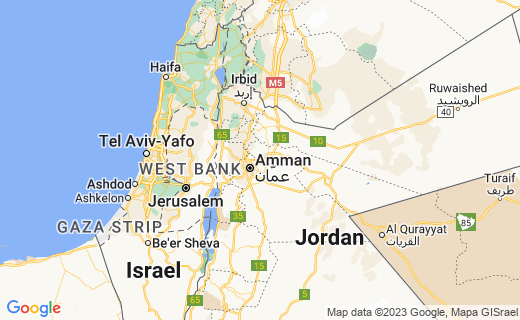 Since the Word of God passed through human hands it is fallible, but the doctrines therein are not. Again, the doctrine is pure and true in the Bible. It is the history that is in question. Thankfully, prophets today exist today because the collective human ability to interpret Scripture correctly suffers due to the average believer's lack of vision to approach God about the meaning of HIS words.

The Book of Mormon: Another Testament of Jesus Christ is another witness of the resurrection of the Savior and truth of revelations of God to humankind with prophets named Nephi, Alma, Mosiah, Abinadi, Mormon, Moroni, and others. These men received the inspiration from God and wrote that inspiration in a record called the Plates of Nephi spanning nearly 1000 years.

The Book of Mormon testifies that nine months following Jesus Christ's ascent into heaven, He appeared to 2000+ people. These people give their witness that Jesus is real. Two records, written on different continents, maintain that God exists. This, however, is only possible if believers and others are willing to accept that God can speak to prophets anywhere. That means, other than in the Holy land.

How to Find Out!?

A modern, though deceased prophet by the name of Gordon Hinckley remarked that

The Book of Mormon is the only book ever published, of which I know, that carries in it a promise that one who reads it prayerfully and asks concerning it in prayer will have revealed to him by the power of the Holy Ghost a knowledge that it is true.God works through ALL religions" [1]

Mormon's people never had the record with his name at all. The early saints in The Holy Land had parts of the New Testament since it was written to them. Each book in The New Testament is addressed to the early Church Saints of God. The Old Testament is a library of inspiration for all times.

The teachings of The New Testament are not addressed to modern readers specifically, but the lessons are spoken by prophets and apply to us today as well. Mormon was commanded to pick specific revelations for and about his civilization from which modern readers may benefit. The Book of Mormon also converted me, Rodric Johnson, to Jesus Christ. I am biased toward it.

Hear a Modern Prophet Speak About The Book of Mormon.

This video (4:40 minutes long) shares a little of the history of the translation of The Book of Mormon into English. Joseph Smith Jr. translated the book under the inspiration of heaven. He and his brother Hiram Smith sealed their witness with their lives at the hand of a mob that The Book of Mormon is another witness of Christ, that the authority of God has been restored to humanity called priesthood, and that The Church of Jesus Christ of Latter-day Saints is the Lord Jesus Christ's kingdom in preparation of His second coming.

Seek God And Know the Truth of all Things

People refuse to ask because it is easier to provide an interpretation than to draw near to God in faith, words, and actions. Being able to quote scripture is great. Devils can quote scripture. The true measure of a person's faith is the spirit that enters the heart when the truth is revealed. If a man or woman speaks to the truth by the power of the Spirit, if the listener is open to the Spirit of discernment he or she will hear and accept that truth.

If the listener has preconceived ideas about what is to be, then the Spirit has no room to work with this individual. This is why Jesus could not touch the hearts of the Jewish leaders in Jerusalem. They already knew the truth according to their understanding. He could not be their king because tradition taught that he would destroy their enemies--and He will. He just didn't at that time.

The same is it today with the creeds of post-apostolic Christianity that apparently have more weight than the Bible in some circles. Test all doctrines with scripture. Yes, established scripture first and then prayer. That is the best process for finding out religious truth.

What do You Think! Please feel Free to comment.

Do You agree that it is possible that God still speaks to men today?