Moderation Is A Rewarding Discipline

On Moderation: Defending an Ancient Virtue in a Modern World
Buy Now

The principle of moderation is a basic concept in Eastern religions, just like peace and tolerance. Naturally, people are drawn to moderation. Nobody wants to live in extreme heat or cold. Prime example is the number of people who choose to live in sunny Los Angeles and are willing to pay the high cost of living to be here.

Moderation as a Lifestyle

I read about the Aiken's diet and even tried it. Yes, the extreme intake of meat did result in a loss of 10 pounds in 2 weeks, but I was craving pasta and bread. And I couldn't keep it up. I am so glad that I gave it up so soon. A friend who was on the Aiken's diet recently told me that through an EKG and other heart test, he found some blockage in his arteries. Now, he has become a vegan and eats only vegetables, fruits, and beans. I even tried the lemon and cayenne liquid diet. I also lost some weight, but who can live on spicy, lemony drink alone?

Well, what do these diets have in common? They are all extreme methods of dieting. The problem with these diets is that they are not sustainable. You find yourself giving up quickly. However, the best method is moderation as a lifestyle. Instead of these extreme lifestyle, you can try a moderate entree size and no seconds. A friend of mine who is a certified personal trainer said that your body is a machine. Treat it kindly, and you won't be fat. So, this week, I had pork chops, but not only was it thin, it was no bigger than an Iphone. It was served with a moderate size macaroni and cheese and creamy corn. There was no sacrifice. When I become hungry later on, I ate a piece of fruit here and there. Also, I started eating oatmeal for breakfast. My last checkup, my cholesterol numbers were great. The nurse was surprised how I did it.

Similarly, I know young people who run marathons and half marathons. What they have not realized is that all of that extreme wear and tear on their bodies will cause premature decline in hips and knees. If you ask anybody who is much older, they will know former runners who have undergone hip or knee surgery due to their extreme sports. So, is that what we want to do to our bodies? Instead of running, doctors recommend walking for all ages. I know someone who has recovered from a heart attack and pneumonia. He now tries to walk 3 miles per day. So, instead of running a marathon, a moderate person would merely walk 3 miles.

Although young people enjoy staying out late and drinking, they are not examples of moderation. They do not know their tolerance and drink until they faint or throw up. The next day they are hung over and feel like crap for the whole day. If the next day is a weekend day, it is pretty much ruined. If the next day is a work day, they are probably just trying to get through the day, not being a very productive person at work. Further, they do not realize how bad vomiting is when the acid burns their throat and mouth.

Moderation can be said in all areas. People are not happy when they are extreme money spenders or extreme money pinchers. The former is simple. When you spend too much, you will end up running a debt that is difficult to pay off. It is also a sign of a bigger problem where a material good is trying to compensate for some deficiency. (This subject is discussed in the hub called Why Is It Important Not To Seek Happiness Outside of Ourselves) As far as extreme saving, what is the fun? Once I won $50 from a credit union and the money went straight into my savings account. I felt no joy. Had they presented something to me in a gift card, I would have had a different feeling.

The next time you need to solve a problem, think about the idea of moderation. 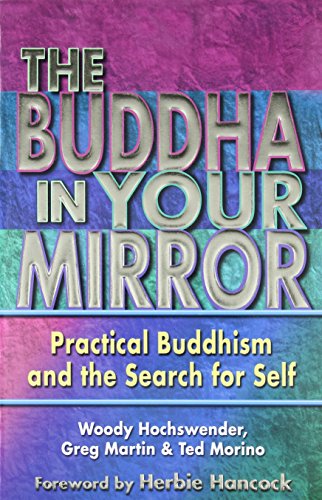 The Buddha in Your Mirror: Practical Buddhism and the Search for Self
Buy Now