AJAHN (meaning teacher in Thai) Siripanno is a humble Theravada Buddhist monk from Thailand. He was educated in the UK and can speak 8 different languages. He is the one and only son of the second richest man in Malaysia, T. Ananda Krishnan, a low profile successful businessman that has business interest in media, oil and gas, telecommunications, gaming, entertainment and property. Ananda Krishnan is estimated to have a net worth of US$9.6 billions according to Forbes's 2012 world wealthiest people. He ranks the second richest man in Malaysia while at the number of 89 in the world.

Ajahn Siripanno's mother is a Thai and he has two other sisters. It was during a retreat in Thailand where he wanted to pay homage to his mother's family and took up temporary ordination as a Thai forest monk. He was eighteen then (1989) and growing up in UK has made him quite open to different culture and to him the temporary ordination could be something 'fun'. That was the first time he encountered Buddhism, something that was very new to him.

*It is a culture for the Thais where the male will join the Sangha (not compulsory) for a short period of time before returning to ordinary life.

His aim during that time was simple and according to a talk that he gave at Maha Vihara, a Theravada Buddhist Temple in Malaysia, some years ago, his initial plan was to stay in the forest for just two weeks. He had never thought of becoming a forest monk would be his life career. What had really moved his heart was none other than visiting and learning how Ajahn Chah had done to the Sangha community during that time.

Ajahn Chah was a well-known Theravada monk and he had many followers/disciples from the West. Some of his most famous diciples include Ajahn Sumedho, Ajahn Amaro, Ajahn Khemadhammo, Ajahn Brahm and Jack Kornfield (a notable author and meditation instructor).

However, his hope of learning directly from Ajahn Chah shattered because this great master was already very ill. He could hardly talk and needed aids moving around on his wheelchair. Ajahn Siripanno only had the chance to meet him once but the impact that had on him was huge. It was a life changing moment!

What he experienced during the stay at the forest temple had totally changed his perception towards Buddhism and monkhood. The initial two weeks plan had now become a permanent one. He had never look back and after more than two decades, he is now an abbot of Dhao Dham Monastery, located in National Forest Reserve near Thai-Myanmar border.

Ajahn Siripanno is still in contact with his father and, which his father will visit him from time to time. It is the top priority for all Buddhist followers to practice filial piety and monks are not exceptional too. There was a time when Ajahn Siripanno travelled in his father's private jet to Italy as he was requested by his father to spend some time with him for his 70th anniversary. This humble monk with only a robe and a small tote bag drew quite a lot of attention during the stay in one of the finest hotel in Italy. The story that you might have read over the net about a monk that travelled in a private jet was none other than Ajahn Siripanno.

Can you imagine how a young man could give up everything (billions) and lead a simple life as a forest monk? Note that a Theravada tradition monk only eats once a day and after 12 noon, they are prohibited to consume any solid food.

It is quite normal for a young man from rich family to enjoy his luxurious life; driving a sports car, wearing fancy clothing and of course with a hot lady sitting at the side. However, an exceptional one will truly choose an extraordinary path of life and Ajahn Siripanno is one of the least examples of the Modern Age Siddharta Gautama.

The temple in Malaysia where the talk took place 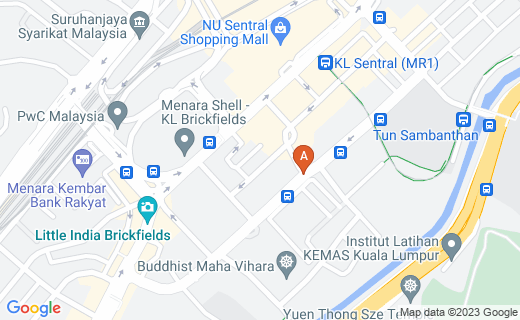