Mothers In The Old Testament

Mother is another word for teacher.

"Mothers, you are your children's best teacher. ... Teach your children the gospel in your own home, at your own fireside. This is the most effective teaching that your children will ever receive. This is the Lord's way of teaching. The Church cannot teach like you can. The school cannot. The day-care center cannot. But you can, and the Lord will sustain you. Your children will remember your teachings forever, and when they are old, they will not depart from them. They will call you blessed-their truly angel mother."

Learning lessons from the mothers of prophets.

A study of the Old Testament will reveal the prominent role that women played in shaping and teaching those who would be prophets of God. The lives of these great Biblical women are great examples for us today to use in teaching our children the ways of the Lord.

Eve, The Mother of All Living

List of Women Who Are Named In The Old Testament

"And Adam called his wife’s name Eve; because she was the mother of all living."

The first great woman of the Bible that must be discussed is Eve, for she is the ultimate example of the word mother, in that "she is the mother of all living." She is one of the greatest women who have come to this earth, being the first mother; she was the model for all mothers.

Joined together as husband and wife, she and Adam showed us the perfect pattern that the Lord has set for families to follow. Being symbolically formed from the rib of Adam, we are taught that she is a lateral partner with her husband, working side by side in equality as they raise their children in righteousness.

As partners they became co-creators with Deity, to build and organize bodies of mortal men, making them literal parents, or progenitors, of the human race. All the children of mortality are their offspring and can fondly call them Father Adam and Mother Eve.

Eve taught her children about Jesus Christ through "the law of sacrifice."

Being created in the image of God, and deemed "very good" Eve learned to call upon the name of the Lord, or pray. She and Adam blessed the name of the Lord, and were taught the law of sacrifice as it pointed to the last and great sacrifice, Jesus Christ. These concepts of prayer, calling upon the Father through Jesus Christ, and offering sacrifices they lovingly taught their children.

Eve experienced both sorrow and joy from being blessed with children.

As a mother, Eve knew the heartache of loss as she suffered from the effects brought about by both spiritual and physical death of her children, Cain and Able. She knew the happiness and joy of knowing her posterity would continue in righteousness with the blessing of an obedient child in Seth. She received all the blessings of the gospel of Jesus Christ and enjoyed all the gifts of the Spirit, and as a great teacher sought to prepare her posterity for all the same blessings that she enjoyed.

Another great example of motherhood is that which is set by Sarah the wife of Abraham.

Sarah's life would be one of sacrifice, it was filled with continual tests or trials, which as she proved faithful and obedient, resulted in blessings without number.

First, she was required to leave her home and family and cleave unto her husband, as they left the familiar surroundings of Ur to travel, by faith, to an unknown land. Arriving in the land of Canaan during a time of great famine, Abraham and Sarah are required to journey into Egypt for sustenance. It is here that Sarah is asked to relinquish her title as wife, and become a sister to her husband to save him from death.

Her willingness to sacrifice even her precious virtue to Pharaoh if need be, so that Abraham could live, served as an example of consecration in marriage in the fullest sense. Being blessed for her obedience, both she, with her virtue in tact, and her husband left Egypt with far more substance than they had when they arrived; they received riches, through the Lord, in abundance from Pharaoh himself. 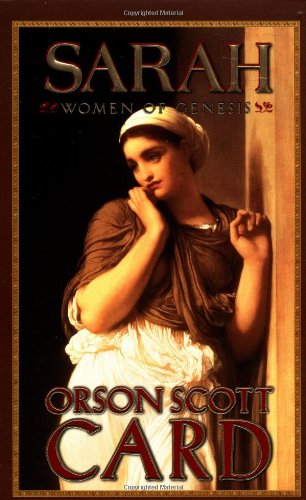 The Lord's covenant, which was made with Abraham, promised him that through his lineage would continue a "royal priesthood", and that his posterity would be "as numerous as the sands of the seashore." Yet, after 24 years of marriage, Abraham still had no seed by Sarah.

At the age of seventy-five, knowing that the years of her child bearing possibilities had passed, she learned another great lesson of sacrifice. Putting her heart on the altar she submitted her will in offering her handmaid Hagar as another in her stead, to fulfill the promise of an heir to Abraham. Because of her willingness to consecrate her all, this time to the Lord, she was blessed with the miracle birth of Isaac.

The character of Isaac testifies of the motherly skills of Sarah.

We are assured of her motherly skills as we come to know the character of Isaac more fully through the experience he has with his father, when Abraham was asked to offer him as a sacrifice to the Lord. His unquestioning submission to the will of both his earthly father and his heavenly father confirms the fact that Sarah had taught him the ways of the Lord, and the importance of the law of sacrifice, which she had a firm testimony of herself. That testimony entitled her to the same blessings as Abraham in the eternities to come.

Rebekah at the well in Haran. 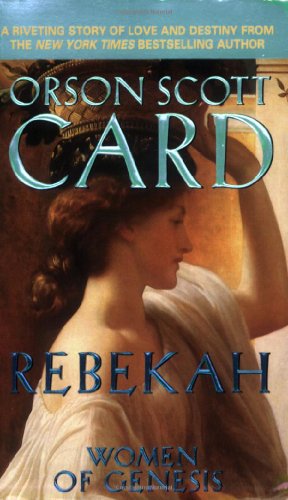 Rebekah, the mother of twins, taught us how to be mothers who listen to the Lord.

From the moment we are introduced to Rebekah in the scriptural account in Genesis, we see her as a righteous, obedient daughter of God.

As Eliezer, servant of Abraham comes to Haran seeking a suitable bride for Abraham's son Isaac; he is prompted by the Lord to seek after Rebekah. The kindness shown to Eliezer, as she not only offers to serve him with water, but offers to water his camels as well, proves to him that she is the choice for Isaac.

When Rebekah learns what the Lord desires for her, as Eliezer asked her to go with him back to Caanan, she simply replies, "I will go." Her virtue and worthiness allowed her to know for herself, through the spirit, what the Lord would have her do. Her faith and obedience to the Lord in building His kingdom on earth are remarkable.

In faith, Rebekah obeys the will of the Lord in all things.

This same reliance upon the spirit is shown years later as she becomes pregnant with twins. In a quest to know what the "struggle" was that she felt in her womb, she simply "enquires of the Lord."

Her answer is one in which she will be required to prove herself in faith and obedience later, as she with her husband Isaac teach their children right from wrong. Making the correct decision, the one the Lord had revealed to them, she aids her husband in choosing Isaac as the worthy birthright heir. This delicate situation put both her sons at risk, but offering all she loved, she preceded in faith.

Rebekah, A teacher of repentance and forgiveness, two needed doctrines for salvation.

Rebekah's magnificent teachings as a mother are, like the women before her, manifest through the lives of her children. Faith, repentance, hope, and forgiveness must have all been taught by this mother. These are revealed through her sons, Jacob and Esau, in an embrace of brotherhood after a long period of conflict and strife between them comes to an end. Truly, as a mother, she is blessed by the Lord.

Mothers today can look to the examples taught in the scriptures through the lives of these women.

There are many great women whose stories are contained in the pages of the scriptures. Named and unnamed, they show us the principles of the gospel of Jesus Christ as they lived them in their everyday lives, teaching them to their children by precept and example.

By study and through faith, we can use these teachings for our own benefit and learning; for we are mothers today, striving to rear our children in righteousness attempting to make our influence for good felt for generations to come, just as they did for theirs.

Mothers, there is no greater call or blessing.

"I remind mothers everywhere of the sanctity of your calling. No other can adequately take your place. No responsibility is greater, no obligation more binding than that you rear in love and peace and integrity those whom you have brought into the world."

(Gordon B. Hinckley, Prophet for The Church of Jesus Christ of Latter Day Saints, The Mormons)