My Favorite Quranic Verses - Lines that Changed my Life

In this hub I collected my favourite Quranic verses, the ones that inspire my life style on day to day basis.

Each time I fall into a swingy gloomy mood, each time I run into a dilemma which is quite often, I end up taking at least one of these verses into consideration. Being a visual person, I find them very capturing as they use strong visual figurative examples.

And whether you are a religious person, spiritual individual who likes to reach God in his/her own ways, a secular, an agnostic, or even an atheist who finds the idea of upper power rather illogical, you can still find wisdom in these verses.

Note: I dedicated this hub to one of my dearest friends, Wejdan, because each time I discuss Qura'an with her, she almost always sheds light on a profound idea, a great ideology or just a beautiful thought.

One of my favourite surhas i.e. chapters in Qura'an is Mariam which is the Arabic name for Virgin Mary.

One of the many touching verses in that beautiful chapter is the verse that describes Virgin Mary as she was going through the physical and mental agony during her labour. In the middle of nowhere, all alone, afraid of the ugly accusations that are to fall upon her once she goes home with a fatherless son.

"And the pains of childbirth drove her to the trunk of a palm tree. She said, Oh, I wish I had died before this and was in oblivion, forgotten. (19:23)

But he -Gabriel -called her from below her, Do not grieve; your Lord has provided beneath you a stream. (19:24)

And shake toward you the trunk of the palm tree; it will drop upon you ripe, fresh dates. (Suraat Mariam 19:25)

So Why am I am mesmerized by this verse ?

Shake , the word Shake yes Shake... Even though virgin Mary was going through hell and God could simply have the dates spoon fed to her, she was ordered to shake. It is like God is saying put some effort and I shall help you.

It reminds us that miracles do exist and prayers get answered, but you are ought to put the effort first. And it doesn't matter if those efforts are dwarfish so long you are trying your best to reach your full potential.

Short Video on Backbiting in Islam

"O you who believe! Avoid much suspicion, in deeds some suspicions are sins. And spy not neither backbite one another. Would one of you like to EAT THE FLESH OF HIS DEAD BROTHER? You would hate it (so hate backbiting). And fear Allah, verily, Allah is The One Who accepts repentance, Most Merciful" (Qur'an 49: 12)

This verse resembles a person who backbites to one who eats the flesh of his/her dead brother/sister. Islam defines backbiting as saying anything about a person behind their back in a manner that they wouldn't like.

Backbiting doesn't include complaining from wrong doing or from injustice.

"Allah does not like the public mention of evil except by one who has been wronged. And ever is Allah Hearing and Knowing." (Qur'an 4: 148)

What if my backbiting gossip is based on facts ?

If the backbiting is based on facts then it is defined as backbiting. If you are making the things up, then it is slander.

"Abu Huraira reported Allah's Messenger (may peace be upon him) as saying: Do you know what is backbiting? They (the Companions) said: Allah and His Messenger know best. Thereupon he (the Holy Prophet) said: Backbiting implies your talking about your brother in a manner which he does not like. It was said to him: What is your opinion about this that if I actually find (that failing) in my brother which I made a mention of? He said: If (that failing) is actually found (in him) what you assert, you in fact have backbitten him, and if that is not in him it is a slander. "[Sahih Muslim Book 32, #6265]

"Kind words and the covering of faults are better than charity followed by injury. Allah is free of all wants, and He is Most-Forbearing." (Suraat Al Baqraa - The Cow- 2: 263)

"O ye who believe! Cancel not your charity by reminders of your generosity or by injury, - like those who spend their substance to be seen of men, but believe neither in Allah nor in the Last Day. They are in parable like a hard, barren rock, on which is a little soil: on it falls heavy rain, which leaves it (Just) a bare stone. They will be able to do nothing with aught they have earned. And Allah guideth not those who reject faith." (Suraat Al Baqraa - The Cow- 2: 264)

4) What's the Unconditional Condition for Answering your Prayers ?

"When My servants ask thee concerning Me, I am indeed close (to them): I listen to the prayer of every suppliant WHEN he calleth on Me: Let them also, with a will, Listen to My call, and believe in Me: That they may walk in the right way." (2:186)

In all the Quranic versus that start with the statements, "When My servants ask thee concerning....." , the word "say" follows, that is Allah orders his prophet to say the answer to us.

For example in Surat Taha:

However in the previous verse, God just says "I am indeed close". It's like he is talking to us directly which emphasizes on the closeness. He doesn't need to order his prophet to say that God is close.

According to this verse there are NO conditions. Contemplate on it...

Allah doesn't specify whose prayers get answered, the word 'supplicant' is not preceded with any adjectives. Our merciful God said, every supplicant when he calleth on Me. 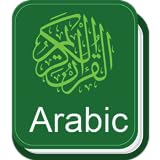 This verse from Quraan was first introduced to me in 5th grade in my school. At the time, I was told that it addresses the phenomenon of female infanticide in eastern countries (Makkah) as it was a prevalent cultural norm for pagan Arabs to bury female babies once they were born. I couldn’t grasp how their systematic murders took place right in the daylight while they buried the helpless beings under the sand.

So that was the interpretation for 1400 years i.e. since the Quraan has been revealed to the Arabs.

Therefore, a lot of the scholars explain that this verse also addresses what is known as female feticide found in places like India, China and other places.

Now, with all due respect to those scholars who for sure know more about Islam and the teachings of Quran than I do currently -which happens to be very little- but each time I read that particular verse; I feel that it touches more in my heart than just the known interpretation.

Especially that in Arabic the words used do not necessarily imply a female infant but rather the word "Moweda" is used. “Moweda” implies the passive verb of kill, so technically it means a killed female, not necessarily an infant or even a human being so long it is a female.

Therefore, I personally happen to find other interpretations for this verse. Some of which are outlined below but I REALLY NEED TO POINT that none of these were excerpted from a religious book and none of them were even reviewed by an Islamic expert. Nothing but my and my friend's mere philosophy so may God forgive me if I happen to disseminate erroneous ideas:

Modern Ways to Bury Females under the Sand ...

Please check my article Women in Media !!! What Part of her are we Selling? for more on this topic.

Especially child sexual abuse. Now how is that different from burying young females under the sand ???

The crime is usually disguised under the ridiculous excuse of protection from corruption and harassment.

We were brought up and taught that our Hijab should serve as protection from the lustful eyes, to force men to appreciate us.

We are taught that pearls, diamonds and anything of grand value is always covered, protected and similarly we are the pearls in our communities. We are taught that men should listen to our words instead of locking their eyes around the curve of our breasts.

I personally am fond of these teachings and find them very respectful. There are of course many circumstances and situations where women are encouraged Islamically to take care of themselves, beauty wise, but in general she is reminded that she is a lot more than a body, than a toy, than a pleasure. She is a respectful soul.

Therefore, due to all these teachings, I find it very unreasonable that some eastern ladies claim that our nests lie in our homes. If that is so, why then would we be encouraged to dress up in such complicated manners?

I can picture some of my friends reading and thinking, Noorin is contradicting herself, for she said that she would spend the first 3-4 years dedicated to raising her child while remotely working from home if she ever gets the blessing of raising a baby. And I am by no means against the old traditional housewife lifestyle.

But I am whole-heartedly against having a man locking his daughter, sister or wife behind walls under the claim of protection. I find this scenario indeed resembling the scenario of that man burying his daughter's body in sand and defying God's law that gave both of them the right to participate in everything they desire so long they do not harm others or get harmed. The man in my eyes just literally buried her precious mind, soul and life with his own hands.

Having been raised in an eastern country, I have had debates with men with similar mindsets. Being the defying girl who once spoke from the (Us vs. Them) kind of mentality, I converted every discussion into a debate. But I have to say that those men are genuinely over protective out of love. I by no means intend to defend their actions but I am positive and certain that those cruel actions are only ignited by fear, by concern and by love. Especially in areas where the country as a whole is always threatened by invaders, by explosives, or by any form of corruption.