What are the Nine Satanic Sins?

You mean Satanists have sins, too?

Well yeah! You can't have Satanism without a background in rebellion against the Puritanical Christian church, so of course the opposition to Christ and Christianity would carry over some characteristics of the same. One does not intend to convert people to look away from their God without giving first an avenue of ritualistic comfort (meaning giving new acolytes something they recognize as "the way things are done") like sin!

Moreover, the word sin brings to mind something which I, a good follower of [Insert Denomination Here] should not do. Immediately, and by virtue of the word's meaning in other languages, you can take away the impression that this is something to avoid. So, avoid these SINS if you are a Satanist (though oddly enough some of them are fairly common sense things you should aim to avoid no matter what you believe.) The Cardinal Sin (greater than all others) is Stupidity.  The cornerstone philosophy of the Satanic religion is to pursue knowledge.  Ask questions, and question everything.  Stupidity is the product of many factors, and is dispelled by knowledge seeking.  Willful stupidity, be it through behavior or through word, is a Sin.

Pretentiousness - While you are always encouraged to take credit for and pride in the things you have done and achieved, using your deeds to create a loftier, more self-important image to impress and awe others is greatly frowned upon.  In a world where everyone is King of something, or at least made to feel that way, following that path of thought is sinful.

Solipsism - Simply put, to treat everyone around you in a manner that you would like to be treated, rather than in a reciprocal fashion based on their actions toward you is also sinful.  Instead, you should take personal responsibility for your own behaviors and deal with others based on their dealings with you.

Self-Deceit - To lie to yourself, to deal with the world in a fashion which is not reality is a sin.  Self-deceit can also lead to any of the other listed sins, as when you lie to yourself, you open doors to other falsehoods of behavior.

Herd Conformity - Believing what other people believe simply because of the magnitude of other believers.  Everything you read must be true everywhere, right?  Realistically speaking, every person has a motive for their views, and has twisted it in delivery in some fashion or another - it is your duty to see through any bias and get to the truth of the matter.

Lack of Perspective - Taking the world as what it is - both immediately around you and larger than you, can keep you from this sin.  Having a lack of perspective can lead you to believe things about yourself that are not true, (i.e. self-deceit) and gives you a doorway to forgetting yourself.

Forgetting Past Orthodoxes - When a new religion springs up, it is generally adoptive of old religions and repackages the concepts of such into something shiny and "new."  Never forget that this is the case, and will always be the case in the future.  This type of repackaging is a tool to draw in the stupid, the unwitting and the unwise into believing the same old illogical games as before.

Lack of Aesthetics -  Find true beauty.  To merely accept that which is advertised or applauded as beautiful is to follow the herd and discourages personal growth.  Discovering the beauty and balance in this world, from your own eyes and perspective, is a boon to you. 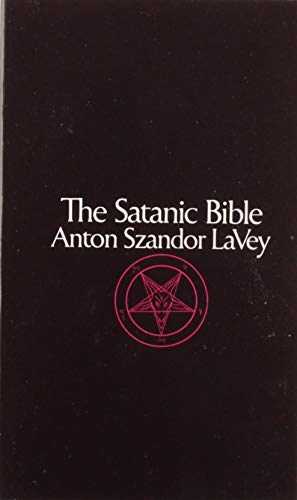