Holding a complete fascination with vampires and werewolves, Kitty enjoys writing about the undead in their many forms in folklore.

It runs blue in our veins, but when it's spilled from our bodies it runs scarlet red. In ancient times it was considered to be the very force that sustained our bodies...and our souls.

Sacrifices were made, of both animals and man of many different religions, and blood was spilled in order to appease the gods. Blood was sacred. Blood was revered. Blood was powerful.

In the Bible, when Egypt was sent plagues in order to aid in the freedom of the Jewish people, the Nile River was said to have been turned to blood...

“This is what the LORD says: By this you will know that I am the LORD : With the staff that is in my hand I will strike the water of the Nile, and it will be changed into blood. The fish in the Nile will die, and the river will stink; the Egyptians will not be able to drink its water. ” — Exodus 7:17–18

Countess Bathory - A Lust for Blood

Perhaps one of the most notorious people in history known to have had a sick obsession with blood was a royal woman by the name of Countess Elizabeth Bathory. Some people and vampire fanatics believe that Countess Bathory was actually a vampire, but most historians and scholars say that she simply had mental instabilities which led her to the twisted idea that blood was the fountain of youth.

The Countess Elizabeth Bathory's story and lust for blood began in the late sixteenth century. Elizabeth Bathory was a Countess of a region in Hungary due to her marriage to a Count who would eventually go off into a battle and to a certain death. This left the Countess Bathory with a lot of free time on her hands.

It is said that her reign of terror and blood began when a drop of a servantgirl's blood landed on the Countess' skin. The Countess was convinced that her skin looked younger, fresher, more vibrant. And so commenced her obsession with blood. At some point, the villagers noticed many young girls going missing and people began to grow suspicious of Countess Bathory. Then, all Hell broke loose.

Hundreds of bodies were found on the Countess Bathory's castle grounds. The Countess was charged with murder of many young girls and rumors spread through the town and eventually throughout the world of this murderous woman and her insatiable lust for blood. It's been said that the Countess Bathory killed over 600 girls, draining them of their blood, and then bathing or drinking their blood for eternal youth and beauty. She also tortured these girls in numerous ways, pricking their bodies and suckling at the blood that would drip from their sore skin.

Read more about the Countess Bathory's obsession for blood here. 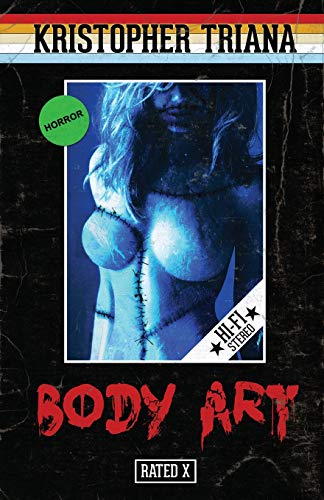 Peter Kurten was the murderer of thirteen innocent individuals around the year 1915, in a town along the Rhine River. Officials would come to catch him after his blood obsessed mayhem around the town. Peter was utterly obsessed with blood and admitted this to the police officers, saying that he had realized his lust for blood when he had drank the blood of a swan. Apparently drinking blood gave him sexual excitement, and so he became obsessed to the point that he would kidnap and kill children, men, and women alike. All the while being sure to drink their blood to satisfy his insatiable obsession with blood.

There were many blood-obsessed murderers and abusers before Peter Kurten and many after with similar stories of an undeniable lust for blood. More recently, and most likely fueled by pop culture's increasing glorification of vampires, younger people including teenagers have been found guilty of murder...murders that they blame on the fact that they are vampires and need the taste of blood to fulfill their cravings.

Though not a murder case, the case of Tiffany Sutton is an interesting one. In 2007, Tiffany Sutton spent three days with a man named Robert McDaniel. The third day turning out to be one from Hell for the man who was tied up and tortured by Tiffany Sutton. Apparently there was an agreement to do some things (if you know what I mean), but McDaniel had no idea that Tiffany Sutton was obsessed with blood and would use knives and a pick-axe in order to cut and drink from him. McDaniel ended up escaping, fearing for his life, and Tiffany Sutton was put behind bars for aggravated assault. Her lust for blood got a little out of hand, but at least the man didn't die because of it.

Modern Day Vampires & Obsession with Blood - Is there a difference?

There are people living in society today that claim to be real vampires. Are these people obsessed with blood or have a lust for blood that could turn dangerous?

After doing much research on the subject of modern day vampires, I honestly believe that they can be kept in a separate category from people who have a lust for blood in a devious, sexual sort of way. Modern day vampires believe that they need the energy or life force that is the blood pumping through our veins in order to stay healthy and energetic themselves. There are two types of modern day vampires, one type known as the Sang vampires do indeed drink blood, but they are adamant about taking blood from a willing donor...or from meat from a store. Violence is not accepted nor encouraged within the Sang vampire community and they frown upon anyone who has an obsession with blood for sexual purposes, as they believe this constitutes something else entirely...usually mental illness as in the case of Peter Kurten and Tiffany Sutton.

The other type of modern day vampire is the Psi vampire, most of which don't partake in the consumption of blood at all but believe that they can feed off of others' auras or energy fields in order to survive and remain healthy. Again, just as the Sang vampires, they practice taking only from willing donors.

So is obsession with blood or lust for blood different from modern day vampirism? I have concluded that the answer is yes, but you can figure it out for yourself.

Written and copyrighted © by Kitty the Dreamer (May Canfield), 2012. All Rights Reserved.