I live in a suburb of New Orleans and have been writing here off and on for 10 years. I have been married 53 years to the same crazy guy.

First photo made with small digital

I got caught after dark when taking my usual late evening walk. Saw the moon and decided to make a photo. These orbs appeared on the viewing screen and my adventure began! If you are interested in fractals, these orbs are a perfect example.

Our cabin, protected by orbs

This is the end of my walk the first night. I have many photographs from that walk, all with several orbs. I would not call the experience spiritual exactly, more like magical. I felt all along that there was an explanation for the orbs, but just photographing them made me happy. I found myself looking forward to the next night and my next walk. There was also a strange fear that the orbs would go away, just as quickly as they came. As you'll see, that didn't happen.

Orbs at the creek.

This photo was at the creek and was the first one I made the second night. It was before dark and still the orbs appeared . I was very excited. My husband, always the skeptic, decided that he thought the camera was causing the orbs and suggested I change from the small camera to our large Canon digital. We were torn between the idea that the orbs were caused by ice crystals in the atmosphere, dust particles, some sort of reflection off the moon, which the creek photo debunked, and starting to believe they were perhaps, indeed, in some way spiritual. Below are two of the photos made with the larger camera. To me, they were even more bizarre and other worldly than the first ones.

When I saw the green orb in this photo, I was hooked on this phenomenon, whatever it is. I'm sure a scientist could explain the orbs appearing with both cameras. I guess I really don't want to hear it! I don't exactly believe the orbs are spirits as I've read others do. I believe they are a scientific thing, but I feel delighted that I have been allowed to experience it. My father-in-law, as a policeman on a stakeout in approximately the same rural area, told me he once had a bright light come down very close to his patrol car, hover over him for a period of time, then leave. Of course, remembering that story brings in all sorts of eerie ideas. However, I'm content not to search out the scientific answers, nor to convince myself that these are wandering spirits. I choose to believe they are a small part of the many wondrous things on this planet, waiting to be discovered and appreciated.

I hope you have enjoyed my walks as much as I did.

Green orb in the clouds

Note the orb just slightly above and to the right of the moon. It seemed to be partially covered with clouds. These photos were made in Arkansas. I am at home in New Orleans now and my next adventure is photographing one of the above-ground cemeteries here. No matter what else I see, I will always remember these two nights, the coyotes yapping, mosquitos biting, wind blowing, the smell of pine needles, and the excitement of these wonderful bits of light. I read somewhere that orbs are loved ones visiting us. I'm not so sure of that, but if anyone was there with me those two nights, it was my father-in-law, who hunted for deer in those very woods for over 65 years and never failed to stop and acknowledge a beautiful tree, rock, stream. I always felt he hunted to have an excuse to commune with nature. Perhaps he didn't visit at all, but left a bit of himself behind there in a place he loved when he left the planet.

And now on a more objective note, since they are fractals, it is difficult for me to believe that the debunking theory of dust particles is correct. If that is true, we must then assume that each dust particle is a perfect circle. I won't rule out the possibility that they are merely dust, but I will chose instead to believe they come from a more spiritual source. To a scientist, the wind is just the wind, a strictly objective phenomenon. We have all had experiences where the wind seemed to be more than that, where the moon was a magical thing, filling us with wonder. I chose a mystical life, and I make that choice with no apologies to science. 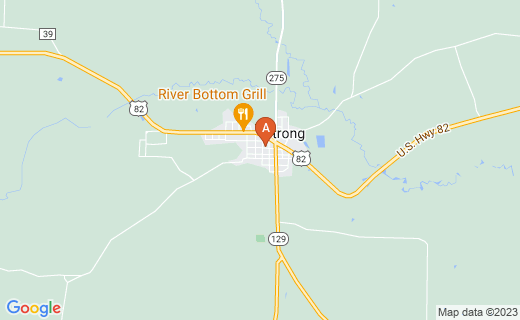 This is the approximate location of Walton Deer Camp where the orb photos were made, about eight miles east of Strong, Arkansas.