Ezekiel moves from the apparel to the ornamentation in verse 11 of chapter 16. Using the Strong's Concordance and Hebrew Interlinear revealed something very interesting. The word for "ornaments" in the KJV, comes from a Hebrew word that in general refers to "trappings, finery, etc", but in this definition, actually refers to something called a headstall! Referring back to the research done for the introductory article for this section, and we discover that the ancient peoples of the time period in which these verses were written, were indeed known to decorate their camels profusely!

References in Song of Solomon add to the picture. Some scholars believe that by the time Solomon wrote the words to his love song, this particular ornamentation was so well entrenched that he could not help but write about it. He gives three references of interest in this discussion: chains of gold, rows of Jewels on cheeks, and a thousand bucklers or shields of David's mighty men.

As I pondered how to write about the contents of the next couple verses, it hit me, that Ezekiel may very well have used the word "ornaments" and then merely described them in the wording that follows. Sadly, the Israel Museum has not returned my email inquiring about the nature of the ancient Yemeni headdress that I've seen depicted and attributed to their possession. Nor have they answered my inquiry about any other ancient Jewish bridal outfits. This leaves me looking at the aniquity of the Yemeni outfit, and finding myself amazed at how similar it's appearance is to what King Solomon wrote about.

Depending on the family, and depending on the dowry, the Yemeni Jewish bridal headdress can contain silver coins or hanging decorations, gold coins or hanging decorations, greenery, flowers, or the two together in varying combinations, etc. Examining this headdress in light of the varying pieces mentioned in Ezekiel reveals them to all be present. The observations of King Solomon about the cheeks, chains and his poetic description of coins all suddenly make sense as well. This makes me wonder if either his bride was Yemeni in origin, or if the Yemeni headdress was more widespread than what archeological history leads us to believe.

When Jewish people arrived in Yemen is apparently up for debate. Some say as far back as the early 1400's BC dating, coinciding with the Exodus as a result. Others say the 1200's, which coincides with the later BC dating of the Hebrew exodus from Egypt. Still others put the dates in either the 200's BC, or a mere 40 years before Rome sacked Jerusalem in 70AD. Legend has it that King Solomon sent Hebrews by boat to the Arabian Peninsula to mine gold and other precious metals. However if this were the case, then this headdress would have been imported to Yemen, and not the other way around. We are not told in Scripture that certain Jews stayed behind anywhere they travelled, so how they got to Yemen, when they got there, and the apparent popularity of this headdress all have this author fascinatingly puzzled. Maybe by the time I am compiling all this research into a book, some of those answers will be in hand. (hoping. . . )

What is of interest however, is the concept of this ornamentation largely covering the Bride's head and neck. Adding to this level of interest, is the nature of this headpiece being said to hold the dowry, or bride price. A dowry is a price paid to the Father of the Bride, as part of the betrothal ceremony, and as proof that the bridegroom will return for his Bride. She is said to have been "bought with a price". Via this Yemeni headdress, she displays this dowry for all to see on the day of her wedding.

Before we discuss the implications for the Bride of Christ, these two concepts come together nicely in the helmet Paul wrote about in Ephesians. In Ephesians Chapter 6, Paul urges the follower of Christ to put on the helmet of Salvation. By using the Roman helmet, and by adding the term "Salvation", Paul is making two very interesting and yet deep observations.

First is the nature of the Roman helmet. This headpiece was designed to protect the soldier's brain. Some helmets also had nose pieces designed to protect the soldier's nose from impulsion into his face which would otherwise result in possible puncture of his brain and death. In addition, other designs of this helmet feature neck guards aimed at protecting the wearer's back of the neck from blows that may come from above, beside, or in rare instances, from behind.

Second is the nature of the associated term Paul put with the helmet, that of Salvation. For many years, this term, "The helmet of Salvation" has been used to explain that the enemy always begins his attacks in our mind. If he can get the Bride of Christ thinking bad thoughts, dwelling on temptations, engaging subject matter that she shouldn't, then he can get the follower of Christ to speak and act in ways that draw them away from the faith. Putting on the helmet of Salvation protects the mind of the believer by placing it under the shed Blood of the Lamb. But there is another meaning here when considering this bridal headdress.

Salvation refers to the act of saving something or someone, an act of purchasing them from slavery to freedom. In this light, we see Paul saying to put on the Bridal headdress! Display to the world that the Bride of Christ has been bought, purchased unto the day of her wedding when the Heavenly Bridegroom will return for Her. Her headdress covers her head and protects her neck, and in some cases, also includes a nose piece that we'll discuss later.

The Roman soldiers often added horsehair to their helmets either in locks resembling a ponytail, or in short, stocky few-inch-wide and several inches long strips that make modern-day kids think of broom heads. These additions would be coloured according to the battalion they led. By the very nature of their helmet, they announced their rank and position within the Roman army. 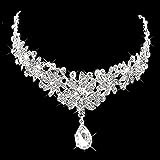 So it is with the Bride of Christ. She too is part of the Army of the Lord. We will discuss in future articles how the neck chains reflect another part of the Roman soldier's outfit as described by the Apostle Paul. But it is interesting to note that those necklaces, particularly those that drape under the Yemeni Jewish Bride's chin, are attached to the headdress.

The Bride of Christ has been bought with a price. She has been given her dowry and is in waiting for her Bridegroom to appear. The question is, will she be found proudly wearing her dowry when He comes?

Today we introduce the Jewelry