Pagan Unity Festival Review: Why You Want To Put It On Your Bucket List

I haven't been to many PUF gatherings; this was only my third-- well, 2 1/2 if you consider the first visit ended abruptly. But it would be hard for me to skip one, now that I know what I'd been missing. This awesome Pagan festival in western Tennessee every May has been going on for 20 years. If you're a Pagan and considering going to festivals, you might want to put PUF on your bucket list-- or cauldron list, as the case may be. Even if you don't live particularly close, it's worth planning a road trip. 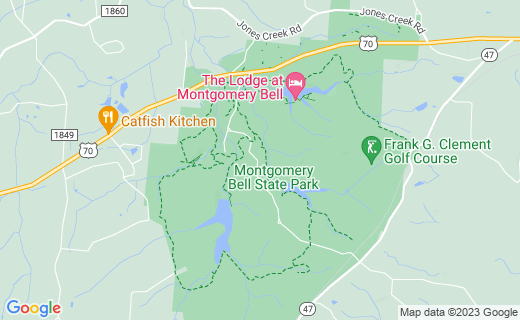 I Love Me a Pagan Pop Tent City!

My History With PUF

I used to love Pagan festivals; then I moved to Florida. Let's just say I've learned to come to appreciate southern Florida's subtropical climate and nature, but I have never entirely clicked with it. I grew up in New York City and enjoyed getaways to upstate and Pennsylvania. I lived in Seattle a while as well. I do love the Gulf Coast, with the beaches and spectacular sunsets, but that's about it. Beyond that, I am more of a fan of deciduous trees than palm trees; of temperate woodlands and changing seasons than swamps and endless summers.

Unfortunately, when my health was in decline and I ended up in a wheelchair due to the ravages of sarcoidosis, I couldn't go to any festivals for a few years. Once I was up and about again, the first thing I looked for was festivals outside of Florida, and I landed at PUF.

Our first year started off awesome; I never really knew much about Tennessee-- but wow! As we first drove through the state, I was captivated by its beauty! When we got to PUF, I was having a blast-- great workshops, a beautiful ritual that first night, a lot of nice people.

But half-way through the festival, my son broke his leg. He was goofing around and had an accident. Being 750 miles from home, timing was bad; but the PUF crew was amazing in their support. They scrambled to take care of us and transport me & my son to the hospital. When I was told my son had to be transferred to a Nashville hospital, they helped me and my older kids by chauffeuring us back and forth to the park, helped us pack up and gave us money for the unplanned stay while my son had surgery.

This is a community we knew for all of 24 hours and they treated us like family. It's that wonderful community that drives me to keep going back every year.

So Many Cool Things Going On At PUF!

When you get to PUF, and you pitch your tent or claim your cabin, you're treated to four days in that elusive, magical place known as 'Away From It All'. That is, you're stepping out of your everyday, mundane life into a Pagan Paradise.

Throughout the whole extended weekend, there are workshops, rituals and activities for all ages. This year, my son got to make his own athame (I am so jealous, I didn't have time!). There was a spectacular lecture on the History of Hoodoo-- complete with artifact collection display (I DID get to catch that one, it was fascinating!). Other workshops were about Tarot reading, the Wheel of the Year and candle magic.

This year's honored VIP's were exciting to see! Selena Fox was there and led the main ritual. She's a Pagan priestess, author, teacher, minister and civil rights activist who founded Circle Sanctuary, and the first Pagan festival in the U.S., Pagan Spirit Gathering. Oberon Zell, renowned Wizard and elder in the worldwide magickal community who co-founded the Church of All Worlds was there in all his wizardly splendor. In addition, this was the first time I got to see author and co-founder of the co-founder of the Temple of Witchcraft, Christopher Penzack, speak live in person. I've long been a fan of his books.

The PUF crew has you covered. You don't need to worry about food or beverages; they'll serve you up some great community meals. Taco night is always my favorite. Just bring your own plates, cups and silverware (they'll give you a place to wash them after meals).

Rituals, drum circles, and-- oh, yeah!-- vendors! Save your pennies, because the beautiful selection of merchandise at PUF will surely have something that calls to you!

Mama Gina & One of My Favorite Songs of Hers

The highlight of PUF is always the entertainment. The music is awesome!

Rowena of the Glen was there to perform her haunting, gothic Witch Rock. Mama Gina, with her folksy blues music, let her 'Nine Toes the Bard' character take over the show. Newcomer Sasha Hana (see clip) performed a concert of haunting mystical melodies. And of course, Tennessee's own Tuatha Dea, Celtic Rock band, was there to blow the roof off the Great Hall.

The energy is incredible; it's crackling and it'll have you hopping, swaying, clapping, stomping and singing along. The great energy is infectious.

The music at PUF is incredible... all that talent comes with your admission ticket, too! 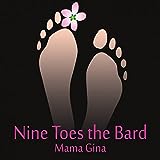 The Entertainment Will Keep You Coming Back

If you're a Pagan and enjoy companionship of wonderful people in the Pagan community, if you're a lover of festivals, of camping in beautiful places, of interesting workshops, of great rituals, and music that'll get your blood pumping or haunt your dreams (in a good way), then you might want to put the Pagan Unity Festival on your calendar. And if you go, look for me! I will no doubt be there!

Check them out at: http://www.paganunityfestival.org/