Often if an article is about to discuss a topic that can be categorized as “religion”, the author may feel the need to state that the writing is not an attempt to convert people to their “way”, i.e. beliefs, convictions, faith, etc.

Point noted. However that same point can not be made by me. Of a truth, each time my mouth is opened to speak or my pen is placed in hand to write, it is always my fervent prayer that every word uttered or written is “seasoned with salt”. It is my hope that my words do not offend, but rather persuade, convince, convict, and most importantly shine the light which makes manifests a loving Creator and wonderful Savior and a quickening Spirit. My life is one of total commitment to my faith. My thoughts, words, deeds, my work, my play, are all “seeds”, planted in a “garden” which is the world, with an ardent desire that one day they will yield a bountiful harvest.

Love, joy and peace to all who read this.

The Authorized King James Version (KJV) of the Holy Bible, uses the word “passion” to refer to the suffering and death of Jesus by crucifixion.

The Passover, also called the Feast of Unleavened Bread, was and still is observed by Jews. It is an annual observance and in New Testament times, many Jews and Jewish converts (proselytes) actually traveled to Jerusalem to participate in the celebrations. It was during a Passover meal that Jesus, knowing the time of His death was very near, one could say that He attended His own memorial service, in advance. Rather than delivering a eulogy, He gave instructions to those who were at the feast about how His death was to be commemorated or memorialized.

What was that event?

One of the twelve Apostles, men who had been hand-picked to be taught by Jesus, to assist Him in His earthly ministry, and to carry out The Great Commission – i.e. teaching and making disciples – one of them, Judas surnamed Iscariot, left the supper to betray Him.

So many of us are familiar with The Greates Story Ever Told. Familiar enough to know that the same question is asked over and repeatedly. Indeed it stirs emotions from deep within for many, provokes fierce debates and anger!

That question is: Who killed Jesus?

No doubt you have heard many of these responses. Nevertheless, a recap is presented below. 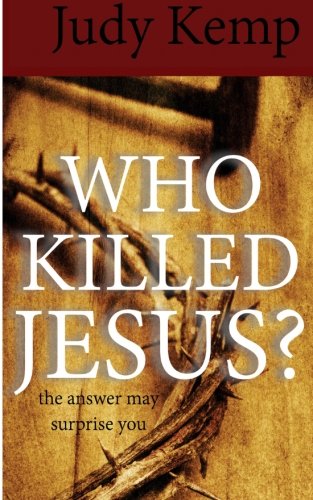 Who Killed Jesus?: The Answer May Surprise You
Buy Now

(A1) It was Judas. He was the instigator and were it not for his positive identification, committing his deceitful act of betrayal with “a kiss”, perhaps Jesus could have escaped and continued His ministry elsewhere. There is no dispute regarding this. Clearly Judas is guilty. He said so before he hung himself. “... I have betrayed the innocent blood.”

(A2) But what about the remaining eleven Apostles? Surely they bear some of the blame. Why didn't they stay and defend Jesus? They ran away! All of them except Peter, that is. He did fall back to a “safe distance” but followed the band of men who had seized his friend and led him away. Friend? More than a friend! Peter called Jesus “Master” or “Lord”. He declared his loyalty and said he was willing to die with Jesus. However, when pressed to admit that he was a follower, what did he do? He lied! He didn't just lie. He cursed and swore that he didn't even know who Jesus was! Surely those unfaithful frightened weak eleven men are just as guilty as Judas. Right?

(A3) No. NO. NO!!! It was the Jewish leaders – the high priests, the scribes, the elders, the whole Sanhedrin Council. They conspired! They got together and worked out a means of taking Jesus by “subtilty” with intent to “kill Him!” There was an illegal trial, false witnesses, trumped up charges or accusations, etc. They schemed. They plotted. They planned. They followed through! It was their decision, their free will choice. They pronounced Jesus guilty of crimes for which the penalty was death. It was their decision – as leaders – to deliver Him to Pontius Pilate, the Roman governor.

Yes, but Jews don't execute by crucifixion. That was definitely the Romans' way. Jews executed by stoning. Jesus was crucified. No way one can blame the Jewish leaders or the entire Jewish nation. All the Jews? That's a stretch!

Yes it is a stretch. How about just the Jewish leaders and their descendants? They did the stretching when they said: “His blood be on us and our children!”

(A4) Pontius Pilate did it! He could have stopped the whole thing! He didn't absolve his guilt by washing his hands with clear clean water. He's covered himself with the blood of a man he said he could find no fault with. That means he believed he was innocent! So if he thought Jesus was innocent why did he allow Him to be crucified?

By his own confession, he had the authority to stop the killing! He abused that authority by giving an innocent man over to a mob and granting them permission to put Him to death.

It is indisputable. Pontius Pilate is definitely the ultimately fully responsible party. He killed Jesus!! That's the final answer!! 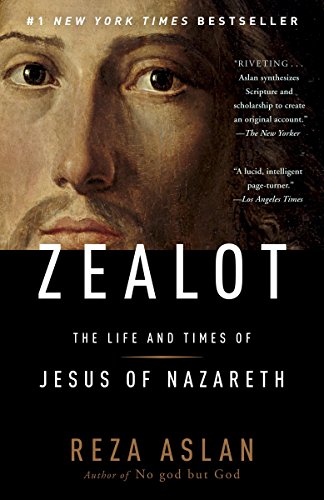 Zealot: The Life and Times of Jesus of Nazareth
Buy Now

Out of all the possible plausible legally arguable blaming and finger-pointing answers presented, the correct answer is:

The question to be asked is:

Why was Jesus willing to lay down His life?