The Influence of Philosophy on the Occult

Philosophy, particularly that of Neoplatonism, and to some extent idealism, has played an extremely important role in shaping what is now known as modern western occultism. It is well known that many secret occult societies are grounded in ancient philosophical schools, such as Pythagoreanism. What many do not realize is just how much of an impact certain philosophical schools of thought have had on modern occult beliefs and practices.

You may have heard that all things are one, or that all things are alive and have spirits, but did you know this belief was espoused by the philosopher Thales? Did you know that the pre-Socratic Greek philosopher Heraclitus helped to popularize the belief in the union of opposites (left equals right, up equals down), or that the classic elements used in modern witchcraft stem from the philosopher Empedocles' cosmogenic theory of the four classical Greek elements? Are you aware of the enormous impact Plato and Neoplatonism has had in shaping western occult belief systems, and systems of magic, not to mention mainstream religious theologies?

Grasping the ideas of these great philosophers is fundamental to understanding the rationale—albeit that the concepts are usually corrupted—behind the mystical beliefs of western occultists throughout history and into our present day.

Here is a brief overview of some of the philosophers who influenced western occultism:

Thales was taught by Egyptian priests and is known as one of the Seven Sages of Greece. Philosophy is said to have begun with this pre-Socratic philosopher when he successfully predicted a solar eclipse on May 28, 585 B.C.E. As with most other successive philosophers, Thales attempted to explain natural phenomena without resorting to mythology, and he is highly respected and regarded because of this; nevertheless, he was a hylozoist who believed that all matter was alive, and this worked directly into some of his thinking.

Thales believed that there was no difference between the living and the dead, and that all things had a soul or consciousness. He concluded that all matter is one (all is one) and that water was the most base principle from which all things were formed. These beliefs greatly aided in the formation of what would later become the classical Greek elements, and also the formation of substance theory, which would play a major role in the development of western occult systems.

Pythagoras was an Ionian Greek philosopher. He is believed to have travelled to Egypt to study under Egyptian priests, and is also said to have undertaken many other extensive travels during the course of his education. He is perhaps best known for discovering the Pythagorean theorem, which states that the square on the hypotenuse of a right angled triangle is equal to the sum of the squares of the other two sides.

Pythagoras believed in the transmigration of the soul, or reincarnation. He was the founder of Pythagoreanism, which would eventually become one of the best known secret societies in history. The Pythagorean religious sects had a great influence on later secret occult societies, and the teachings of Pythagoras also had a huge impact upon the western occult systems of numerology and sacred geometry.

The pre-Socratic Greek philosopher Heraclitus, also known as the "Weeping Philosopher," was a self-learned man of wisdom. He was very influential to the philosophy of the Stoics, and he believed in an ever-changing universe, as is evident in his famous statement: "You can't step twice into the same stream." He believed in the union of opposites: that left equals right, and up equals down (dualism); and he put forth the idea that the most base material principle was that of fire, in contrast to water, as was believed by Thales.

Heraclitus made the first real philosophical mention of the logos . He believed it was the single underlying non-material principle in the universe from which all things exist. In this belief he was of the philosophy that all things are one, or the logos, which orders all things (pantheism).

Empedocles is best known for his cosmogenic theory on the four classical Greek elements of Earth, Air, Fire and Water. He was a pre-Socratic Greek philosopher who believed in reincarnation, and was greatly influenced by the Pythagoreans. His concept of knowledge and perception may have ultimately forged the concept of "like is attracted to like," otherwise known as the Law of Attraction.

Empedocles believed that all things were made-up of the four elements, but that they were attracted to one another or repulsed by the moving powers of Love and Strife. He saw Love and Strife as the polar forces of the universe. Thus, in Empedocles, we can begin to see the birth of the systematic formula used in modern occult magic systems of the west.

Plato is generally accredited with laying the foundations of western philosophy and science, but the truth is that he can also be given credit for laying the foundational concepts that would later come to be the dominant concepts of most modern western occult systems, whether he wanted this or not.

Plato's Theory of Forms , in which he proposed that the material world is merely an image or copy of the real world, was probably his single greatest contribution to western occultism, if a single contribution can be chosen. Plato thought the real world to be a realm of concepts which transcended both the material and the mental. In essence, he felt that what happened in this world was merely a copy of the realm of Forms (spirit world). It was out of this theory that the future Neoplatonists would devise an entire hierarchy which would become the magical system of hierarchy used by most modern occultists in the west.

Plotinus is considered to be the founder of Neoplatonist philosophy. During his life, he sought to revive the teachings of Plato and the pagan philosophical tradition by clarifying the aspects of Plato's teaching which he deemed to be misunderstood. He is largely responsible for formulating the systems of hierarchy that would later be used in western occult magic.

He believed that all things emanated from the One in successive stages of lesser perfection, and he also believed that man could achieve a mystical union with the One. These two principles would ultimately lead to the magical system of hierarchy put forth by Henry Cornelius Agrippa in his Three Books of Occult Philosophy .

Porphyry was a student of Plotinus, a Neoplatonic philosopher, a vegetarian, and the editor and publisher of the Enneads , which was a compilation of Plotinus' notes. Porphyry summarized his own knowledge of Neoplatonism in his Sententiae Ad Intelligibilia Ducentes . He was an opponent of Christianity and a staunch pagan who also played an important role in the development of modern western occultism. 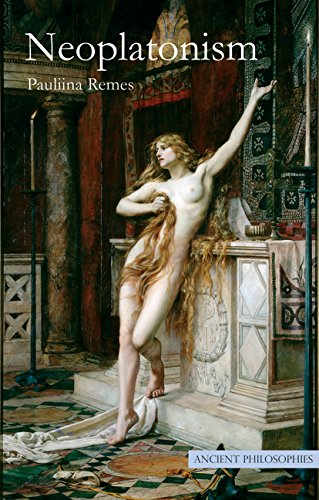 This Syrian born philosopher was a Neoplatonist who quite probably had the greatest impact on all of modern western occultism. Iamblichus successfully merged theurgy into his philosophical system, which essentially married the magical arts with philosophy in a very direct and undeniable fashion. His work paved the way for the Occult Renaissance through such writings as De Mysteriis Aegyptiorum and De Vita Pythagorica .

Marsilio Ficino is known as one of the most influential humanist philosophers. He is noted here due to his passionate revival of Neoplatonist philosophy. He was an astrologer, a vegetarian, a priest, and probably also homosexual although he did condemn sodomy in his Convivium . His most notable work which influenced modern western occultism was his De Vita Libri Tres .

Henry Agrippa was a theologian, astrologer, alchemist, occult writer, and magician. He studied philosophy and was extremely influential upon modern occultism in the west. He is best known for his De Occulta Philosophia Libri Tres , or Three Books of Occult Philosophy . In his book he summed up the modern western occult philosophies and assembled a complete philosophical system of magic. Parts of this work were borrowed by the founders of many of today's occult groups to formulate their own magical systems.

Giordano Bruno was a philosopher, mathematician, astronomer, and Dominican friar who was influenced by such individuals as Marsilio Ficino, Giovanni Pico della Mirandola, and Henry Cornelius Agrippa. According to Francis Yates, he studied Arab astrology, Neoplatonism and Renaissance Hermeticism, which is clearly evident in his work. He is best known for championing the Copernicus heliocentric model of the solar system and also his execution for his beliefs in pantheism, reincarnation, and occult systems. Perhaps his greatest contributions to modern western occultism are De Magia , These De Magia , De Vinculis In Genere , and De Imaginum, Signorum, Et Idearum Compositione .

The Austrian philosopher and Freemason Rudolph Steiner was the founder of the school of Anthroposophy, which was intimately linked to the Theosophical Society. He was greatly influenced by Phenomenological philosophy, as well as the transcendentalism and idealism of Fichte, Hegel and Schelling. He has been called, "the most historically and philosophically sophisticated spokesperson of the Esoteric tradition."

One of Steiner's attempts was to synthesize science and mysticism. He produced an enormous number of works, most of which contain some of the key spiritual, social and ethical concepts of modern western occult beliefs.

Idealism is a philosophy which espouses the concept that we cannot know reality outside of the mind, or rather nothing exists outside of consciousness. In its most strict sense it states that all things are really just subjective perceptions, or a mental construct; therefore, all human knowledge is subjective since we can never truly know anything from outside of ourselves. Key idealists are: Berkeley, Collier, Hegel, Leibniz, Fichte and Schelling. Both Plato and Plotinus have also been called idealists.

Modern western occultism has taken this to mean that all truth is subjective; therefore, there is no material truth, only consciousness. The primary belief among many occultists seems to be that the universe is mental, and a belief of Mentalism has become quite prominent, which they hold, supports their belief in magic.

I have attempted to walk you through the development of modern western occult beliefs and systems in relation to various philosophical schools of thought. The outline provided has been intentionally kept brief, as this would be an inappropriate venue for an in-depth analysis; however, if you wish to study the topic yourself this article should have provided you with the names of some of the key individuals and their works which might aid you in your endeavor.

Idealism: The History of a Philosophy
Buy Now