Your Mars is in Scorpio, in the planet of action, sexuality/sexual expression, and energy. Mars in Scorpio is a fairly decent position for Mars to be in. Remember that Mars rules the sign of Aries, and was (or is, depending on who you ask) the traditional ruler of Scorpio (before the discovery of Pluto). Personally though Pluto fits great with Scorpio, I still like to use Mars too (as the co-ruler of Scorpio). Mars is exalted in Capricorn, detriment in Libra and in the fall in Cancer. Fire and earth signs tend to be the best signs for mars to be in.

Scorpio is a water sign, emotional, intuitive, and sensitive. Scorpio is peculiar in the fact that though it’s a water sign, it has the ability to be act as the other elements. Not shape shift like a Pisces, but act in ways that are typically associated with the other elements. You can see it clearly when you look at Mars in Scorpio. Mars as the co-ruler Scorpio can quite easily be bold and aggressive and use aggressive tactics (like a fire sign). Scorpio mars can be seen as grounded and stable (like an earth sign) and can be seen as intellectual and detached (like an air sign).

Even so, Scorpio is a water sign and the sign of extremes. Mars in Scorpio is decent position in that it can manifest the competitive, aggressive energies of its co-ruler Mars. Even so, it can be a weak positon in that it can also behave in sneaky, indirect, passive-aggressive ways (like the other water Mars signs). Emotions and feelings drive and fuel the Mars in Scorpio person, and feelings can be a very slippery and elusive thing.

A Mars in Scorpio person sign is oftentimes driven to activities where intense focus, control, willpower and skill is needed. Plutonian energy drives the Mars in Scorpio person to be extreme, obsessive, secretive, controlling and they often need an outlet to ease these strong feelings. Activities like ice climbing, sword-swallowing, gymnastics, MMA fighting among other things will be interesting for a Scorpio Mars person. They also this mars sign maybe interested in researching taboo subjects such as the occult, death, magic, and other atypical subjects/activities.

Though extremists you may get the impression that they are promiscuous and explorative/adventurous but that is a misconception. SCORPIO IS NOT PROMISCUOUS! The Mars in Scorpio person prefers sex with people they love, trust and feel safe with. They can’t spread it around like an air mars' signs can because they invest their soul, emotions, body, and mind (pretty much everything) into sex. Sex is power and life to them; so they take sex seriously. They don’t hold back and sex has the potential to be a life-changing event for the Scorpio mars person.

Venus is all about love and how we act in relationships. How we are as friend, lover, parent, etc. Venus in Scorpio is not the best Venus position. Remember Pisces is exalted in Venus. While Virgo in in the fall and Aries and Scorpio are in detriment. Water and earth Venus signs are ideal elements for Venus to be in.

Venus in Scorpio is a water sign so they are natural receptive, sensitive, emotive and instinctual in love. They are all in, in relationships. Passionate, deep, reflective, insightful loyal and devoted they make good friends and partners. Venus in Scorpios don’t like superficial or casual relationships and need to thrive in relationships that are serious, meaningful and trans-formative. They can handle upheaval, drama, and challenges with surprising resilience.

Even so with all of this, Scorpio is not a simple sign and can be seen as one of the most misunderstood signs of the zodiac. Ruled by both Mars and Pluto (most importantly and mainly Pluto) Venus in Scorpio is intense, passionate, with extreme, obsessive/addictive (oftentimes destructive) personalities.

Add that to love and you get a controlling, obsessive, jealous person who thrives on drama, and chaos. This doesn’t mean they are bad or evil people, but their natures can take a dark turn relevantly quick.

Venus in Scorpio like any other Scorpio placement is extremely sensitive and self-protective. This leads to them being constantly suspicious, not trusting of others. As much as they seem fearless and extreme they are also very fearful. Not necessarily afraid but fearful, fearful that they will be hurt, used, or controlled. In turn of this fear they may act possessive and manipulative. They are willing to give love and relationships their all (and more), but what about the other person, is the other person willing to do the same? That is what makes them fearful.

Even so Venus in Scorpio person’s passion, need to connect and receptive natures can lead them to transform themselves and rise above than their more negative tendencies.

Moon is Scorpio, which is are ruled by Pluto/Mars. The moon governs emotions and the moon as a planet represents how we react and relate emotionally. The moon is at home (dignified) in Cancer and exalted in Taurus. It is in detriment in Capricorn and in the fall here in Scorpio.

Here the moon in Scorpio is not in its best position.The Fall in astrology represents a sign in which its position in a planet is uncomfortable and weak and it this position makes it difficult to express the true nature of the planet. The moon is ultimately unhappy in Scorpio and doesn’t fit the ideals and expectations of the moon.

The moon is supposed to be expressive, open and receptive. Though the Scorpio moon person is private and secretive and quite solitary.A Moon in Scorpio person doesn’t seem to be sensitive or be willing to react or relate emotionally to others (at least on the surface). Everything that happens is hidden, latent and it lives in the undercurrents. Revealing emotions and vulnerabilities is quite hard for the moon in Scorpio person. This in turn makes the Scorpio moon person full of suspicion, mistrustful and cynical.

This makes a Moon in Scorpio person on a constant battle and mission of finding ways to get peace without losing control, expressing its true emotions. Even so, when the Scorpio moon person learns to trust people and open up, while keeping their negative tendencies at bay they are capable of transcending and transforming themselves and others emotionally.

This concludes my Planets in Scorpio Series. Thank You!

What planet (s) do you have in Scorpio? 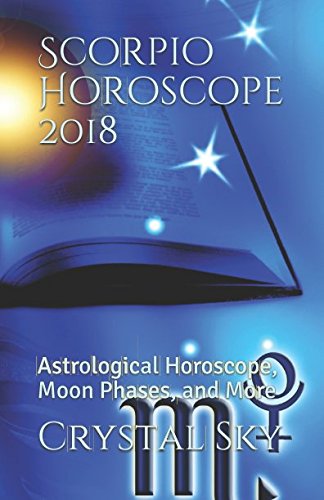