The Effects of Postmodernism on Religion and Church

To write about Postmodernism is difficult, because no one knows quite what it is, and to define it would be against the very principles of Postmodernism itself. There is no arguing however, that it is a powerful force in today's society and has infiltrated people's way of thinking in everything from art to existentialism.

The purpose of this hub will be to examine the effects that postmodern thought has on the spiritual community--the way we know God and Truth and how we practice and share that Truth. It is my hope that through this examination we can begin to see the essence of Postmodernism and the effects it is having on the Church.

To best understand Postmodernism, one needs to understand what it's reacting to. Postmodernism is a reaction to Modernism, created from the enlightenment, which in turn was a reaction to the age of "Premodernism". It is important to understand that while these are large social paradigms (ways of interpreting the world), in essence they are fundamentally philosophical and characterized mainly by their differing epistemology (how we know things).

Premodernism was the dominant philosophical viewpoint for much of human history. In this mindset all true knowledge came through established and revealed authority. Typically this took the form of the God through the Church. This could also be considered a political figure such as King or Emperor. Because of this authority, humans relied heavily upon tradition for their means of handing on and receiving knowledge.

Modernism held sway for nearly three hundred years, arising in the mid-renaissance with thinkers like Descartes, Copernicus, and Galileo, it has shifted into Postmodernism only since the end of World War II. As a direct reaction against the authority and tradition-based knowledge of Premodernism, it discarded such epistemology in favor of both Science and Reason. Knowledge became the right of every man, not just the elite few, and the Scientific Method and Logical Reasoning became the new ways of discovering and communicating truth.

In knowing what Postmodernism was reacting to, we can begin to know, in essence, what Postmodernism is. The postmodern, in general, is characterized by a rejection of objective truth and the cultural mythos. It characterized by extreme skepticism, and more specifically is defined by a dislike of definition, dichotomies, and singular ways of knowing. Instead of black and white, all things become gray, and truth becomes subjective, based on each person's individual assessment of reality. Because of this subjectivity, definitions and labels become blurred--no longer can people be characterized as gay vs. straight, sane vs. abnormal, male vs. female, but rather things become as part of a spectrum, if not even virtually identical. Finally, one of the more potentially beneficial things about Postmodernism is its focus on epistemological plurality, where, though objective truth cannot be known, seekers should develop multiple ways of knowing--science, reason, authority, and belief can all be integrated into a belief system. 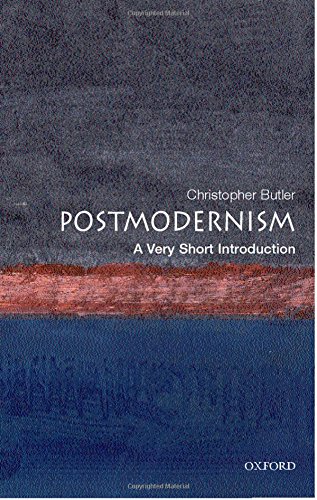 The Effects on the Church

Now, with a basic understanding of Postmodernism, let us examine the 5 effects that it has on the Christian Church. Keep in mind, not all of these are bad.

Postmodernism aims to deconstruct the authority that hands down truth in an attempt to discover truth for one's self. In a spirituality that is highly based on the tradition, revelation, and interpretation of others (Jesus, the Apostles, a great host of theologians), this challenging of authority allows one to discard past truths and find our own. This leaves us with our second problem.

Postmodernism claims there is no absolute truth, but only the truth which each person comes to realize as their own. For a religion rooted firmly in the belief of The Absolute, this poses a problem. No longer is it civilized to accuse someone of untruth, and evangelism can only be done to those who want to be evangelized. If all truths are valid, then why risk exploring other options? Additionally, Christianity has become a buffet line, you pick and choose what you want and leave the rest, why believe in something you don't want to? It is this very subjectivity which, among other things, leads to our disunity.

OK, I'll admit--disunity and fracturing was a problem long before the rise of Postmodernism, or even Modernism, but the plurality and subjectivism brought forth by this third philosophical epoch has, for the most part, served to hurt the ecumenical movement. Part of the problem is the blurring of distinctions and definitions--one may think, "we're all Christian, so what does it matter if we believe different things?" The problem is that Christ taught a specific set of principles and wished for us to be unified--he does not want division--and it is our individual interpretations of what he said that cause division. Of course, in a sense, the pluralism of Postmodernism has increased religious tolerance (for the most part) and has lead many of the Christian Churches to seek a better understanding of each other and move towards unity.

This is not necessarily a bad thing, but with this shift in philosophy has come a rise in "touchy-feely" religion. The truth of a religion can now be based less on the actual truth of the doctrines, and more on whether or not it makes us feel warm and fuzzy, or "allows us to worship God in our own way". The downside of this is that people don't know what religion is all about, ironically we're ignorant of what we believe, and we just "pick and choose" based on what makes us feel good, not on what is truth. The upside is that more than ever, there is a focus on cultivating a personal relationship with God and seeing him as a loving father rather than a merciless dictator.

Integration of Faith and Reason

Granted, in many denominations this is something that never quite disappeared, especially throughout the scholarly elite of the Church. With the pluralism of Postmodernism however, it is finding a renewal among the common practitioner of the faith. Faith and Reason (Fides et Ratio) is the idea that belief and reason, and also faith and science, can be combined together for a fuller understanding of the Truth. No longer are they mutually exclusive, but they seek to explain the same answer in different ways. One may even go so far as to say evolution and creation can work together, but that is for a different hub.

Is there a Solution?

I don't know if there is a solution to "countering" Postmodernism: I'm not sure we can counter such a force, or if many even see it as a problem. Prayer, as always, is the best solution, as well as education--if we know the dangers of subjectivism we can educate our youth and each other against it. This may not be enough, but even if it isn't we know two things: 1) All things work for good for those who love God, and 2) the gates of Hell shall not prevail against our beloved Church.