The film shows how the angel flies straight down on to the top of the Kaba, staying there for a matter of seconds, then flying straight back up again. Is this an Islamic miracle? Maybe.

I have added the video below for you to decide whether this is genuine or fake. Also, if you think it is genuine, then is it an Islamic miracle or a sign of some sort?

Or is it fake and someone is trying to make some money out of something they created on their computer and spread it on the Internet, claiming it is an Islamic miracle?

This video was captured at the time of Hajj pilgrimage in 2008, apparently!

Islamic Miracle or a Hoax?

The scary thing is that the angel that falls and flies away again comes and goes in the same way in both of the different view points from which they were recorded.

Could this be a hoax? Someone maybe edited this light shaped like an angel into the video falling from the sky? Who is to know?

Has anyone ever seen an angel with their own eyes???

I guess the answer to the above question is a massive NO!

Only the Prophet Muhammad (pbuh) has seen the angel Jibril (Gabriel) at the time of his prophethood and that was only twice!

Miracle or Hoax? My Verdict

I think thses videos are fake because the lighting effects make it seem like a bird shaped being moving along when the camera moves.

The second video does not show any clear bright light or 'angel' on top of the Ka'ba after it falls on it. But the top video does have this image in slow motion. It seems to me that the image of the bright 'angel' was edited in and smoothly shown in slow motion with the picture quality improving a massive amount suddenly then going back to blurry all over again.

How come there was no reaction to the 'angel' from the people who are inside Masjid al Haram? They look like they are going about their pilgrimage without any disturbance or sudden flashes of light.

Angels do not look like birds, as depicted in the image on top of the Kaba.

The descriptions of angels are given below from verses of the Qur'an and authentic Hadeeth.

A Book on Angels, Demons, Satan and Jinns 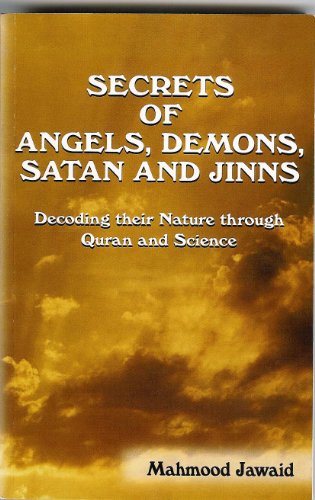 SECRETS OF ANGELS, DEMONS, SATAN, AND JINNS - Decoding their Nature through Quran and Science
Buy Now

Descriptions of Angels in Islam

“I have been given permission to speak about one of the angels of God who carry the Throne. The distance between his ear-lobes and his shoulders is equivalent to a seven-hundred-year journey.” (Abu Daud)

Prophet Muhammad peace be upon him said, "I saw Jibraeel in the fashion that he was originally created in. He had 600 wings. Each wing filling the (entire) horizon. (The east to the west, as far as the eye could see)."

Praise be to Allah, Who created (out of nothing) the heavens and the earth, Who made the angels, messengers with wings,- two, or three, or four (pairs): He adds to Creation as He pleases: for Allah has power over all things. —Qur'an, sura 35 (Fatir) ayat 1

The Prophet (saaws) said, "Angels keep on descending from and ascending to the heaven in turn, some at night and some by daytime, and all of them assemble together at the time of the Fajr and 'Asr prayers. Then those who have stayed with you overnight, ascend unto Allah Who asks them (and He knows the answer better than they): "How have you left My slaves?" They reply, "We left them while they were praying and we came to them while they were praying." The narrator added: "If anyone of you says 'Amin (during the prayer at the end of the recitation of Surat Al-Fatiha), and the angels in heaven say the same, and the two sayings coincide, all his past sins will be forgiven." Hadith - Bukhari, Vol. 4, Hadith No. 446, Narrated Abu Huraira, r.a.