In the book of Genesis, we can read about interesting woman named Rebekah who was the wife Isaac. Even though she’s often overlooked in the Bible, Rebekah is quite a remarkable woman. Instead of being known for her strengths, Rebekah is most known for her greatest weakness. Yet when we take a closer at her story, we can see that her worst weakness was once greatest strength.

Rebekah even began her relationship with her husband in a very unusual way. Eliezer was the servant of Isaac’s father, Abraham. Abraham sent Eliezer back to his own people to search for a wife for his son. Eliezer didn’t really know what he was looking for and was concerned that the woman he found wouldn’t come back with him.

When the servant arrived in the area, he sat down by a well and prayed a very specific prayer. Eliezer prayed that the right girl would come along to draw water. When that girl came, he was going to ask her for a drink. Not only would she agree to give him a drink, but offer to draw water for all of his camels as well. If the girl did this, then he would know that she was the one for his Master’s wife (Genesis 24:1-14).

God’s answer to Eliezer's prayer came quickly. Rebekah came into the scene with a jar on her shoulder before he had finished praying.

But when Eliezer asked her for a drink, not only did she quickly responded to his request, she also offered to water his camels. This was no small task! Eliezer had brought ten camels. As they had probably traveled for a week, each one could have drunk up to 25 gallons of water. That’s about 2500 gallons. See what a remarkable woman Rebekah was?

After his camels were watered, Eliezer rewarded her with some pricey jewelry and asked her to take him to her father’s house to stay for the night. Again, Rebekah quickly responded with hospitality. There was no doubt in Eliezer’s mind that this remarkable woman was the right one for Isaac. 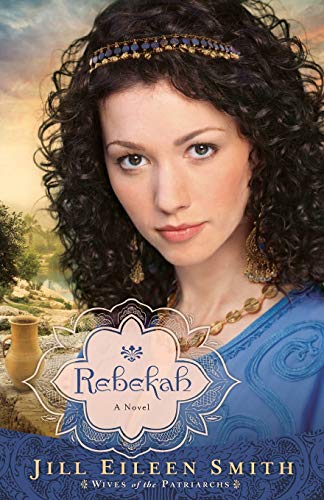 Rebekah: A Novel (Wives of the Patriarchs)
Buy Now

When Rebekah brought him home to her family and they saw the gifts Eliezer had given her and heard the reason for his journey, they had no doubt that he was right in his mission. They understood that it was from the Lord that Rebekah should marry Isaac. Rebekah herself, quickly agreed.

The next morning, Eliezer was ready to take Rebekah home to present her to Abraham and Isaac, but suddenly her family was hesitant. Her brother and mother requested that she remain there for ten days.

Since they couldn’t agree on the timeframe, they brought in Rebekah to ask her which she would prefer. Would she act quickly and leave that day? Or would she wait a while and delay her marriage by ten day? True to Rebekah’s quick nature, she chose to leave her home, her family, and everything she knew that very day.

Rebekah went through with the plan and became the beloved wife of Isaac. Her quick actions and initiative landed her a wealthy husband and a whole new life. None of these things would have happened if she had hesitated and not acted quickly from the beginning.

Gets ahead of herself:

Later in the story of Rebekah she becomes pregnant with twins. Before they were born, God told Rebekah that the older brother would serve the younger. So she knew that Jacob was a special child from the moment he was born. All his life, Rebekah favored Jacob over Esau. Isaac, on the other hand, favored Esau.

Two important things needed to happen for Jacob to become the heir to Isaac’s estate as God had promised Rebekah. First Esau had to give up his birthright, which he does when he sold it to Jacob for a bowl of soup (vs. 31-34). Second, Isaac had to give him a special blessing.

The special blessing wasn’t happening fast enough for Rebekah. When she overheard that Isaac was going to give his blessing to Esau, she panicked. She knew that God’s plan was for Jacob to have that blessing, so she decided to make sure that happened and took matters into her own hands and convinced Jacob to trick his nearly blind father into thinking that he was Esau so that he would be given the blessing. The initiative that made her so attractive earlier became vindictive and manipulating.

Some may argue that if Rebekah had not stepped in and took matters into her own hands, than Jacob would not have gotten the blessing and God’s will would have not been done. I’d like to suggest that Rebekah should have waited. If God said that Esau would serve Jacob, then Esau would serve Jacob. Rebekah should have trusted God to fulfill his promise. Instead, she acted too quickly and will always be remembered as meddling mother who chose favorites.

Like Rebekah, our own strengths can easily become our greatest weaknesses. Rebekah was so ready when Eliezer found her, but at the end, she was too ready. Her quick responses became a lack of patience.

Make a list of your own strengths. Think about how they, if used in the wrong way, could become weaknesses instead. Let’s not make the same mistake that Rebekah made. Ask God to help you guard yourself from the same tendency.