The second wind - Reflections in a swimming pool...

A splash in solitude

It was a fine morning on a holiday and the weather outside was cloudy and cool. I was feeling a bit restless at home when a strong impulse welled within me. I wanted to go to the swimming pool! I wanted to swim. The feeling was very intense and persistent. I told my wife that I had to go and swim.

What could I say more than that? An impulse is defined as a sudden and strong desire to act often without a reason. And here I was, having an impulse. I went along with my impulse and soon was at the Sai Ganesh swimming pool on the airport road in Puttaparthi.

I entered the pool area and saw that there was not a single soul around. But the gates were open and I walked in. I undressed and was about to take a dive into the pool when I saw the watchman looking at me.

“Is it closed?” I asked.
“No sir. Nobody has come today. Go ahead. Enjoy your swim.”
He said this and walked away. 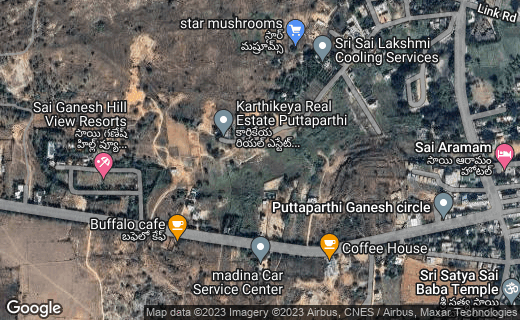 I dived straight into the pool and the cold splash felt wonderful. Moving underwater for a few feet, I gently resurfaced and lay on my back. As the water settled from the turbulence of my splash, my mind seemed to settle too. A strong breeze was blowing and all the trees around the pool were swaying. Many leaves dropped into the pool too. A cuckoo flew out of a tree while a group of bulbuls kept prancing about on a nearby branch. I felt strangely happy and at peace.

In that tranquil moment, I had an epiphany.

I was all alone and yet was not lonely. I was in fact feeling a beautiful bond with the birds and the bees; the flowers and the trees. This kinship seemed to extend towards everything around me - the water, the land and the air. How could I be lonely when I was surrounded by such beauty and bliss? Loneliness becomes solitude when you are able to feel the common thread that runs through everything that you see and feel around you.

That thread has been given many names but that is a different line of thought.

In a joyous mood, I began my swimming routine. My goal was to better my personal record of 25 laps in an hour. The swimming pool is about 17-18 meters in length and so, one lap will be about 35 meters. 25 laps is about 875 meters. My goal was to swim one kilometer today. That meant swimming at least 29 laps.

Even as I was swimming, my thoughts went to the time when I was learning swimming. I had a slight fear of water. I realized that I was in a Catch-22 situation. I did not want to enter that water till I was able to swim. However, there was no way I could learn how to swim unless I entered the water. So, what was I to do? Learn how to swim first? Or get into water first?

The resolution of the problem happened when I took my plunge of faith. These questions cannot be resolved separately. They have to be resolved simultaneously!

Even the memory of how I picked up swimming brought another epiphany. Life is like a swimming pool by itself. For one who has not learned how to ‘swim’ in it, it presents a scary proposition. But, then, one cannot learn how to ‘swim’ in it till one ‘dives’ into it in a leap of faith.

That is a nice insight. Fear and the resolution of the fear happen simultaneously. One cannot happen without the other. They are two sides of a coin. When life tosses a problem/fear to me, the solution/resolution is also there. I just need to take my leap of faith.

Fulfillment of a goal

The most powerful experience of the day however had not yet occurred to me. I was swimming with a purpose. I had a target to achieve - 29 laps in one hour.

The first five minutes were very fulfilling. Fresh with all my energy, I swam a good three laps. That felt good and nice. I made some quick calculations. If I could swim three laps in five minutes, I would be able to do 36 laps in an hour at that rate. That meant, I would be easily able to achieve my target of 29 laps.

The next ten minutes, I did complete six more laps but I was getting tired. My muscles ached and lungs gasped for precious oxygen. It was sheerly my determination that I did another nine laps in the next 15 minutes. At the end of the first half hour, I was at 18 laps. And I was feeling quite tired. I would surely not be able to keep up that pace. 18 laps in half an hour surely did not mean 36 laps in an hour. But, I thought, if I carried on in a determined way, I would definitely achieve my target of 29 laps.

Each lap that I did after the halfway mark seemed more difficult than the previous one. I was literally burning my shoulder muscles and gasping as I did my 24th lap when it happened. It happened so suddenly and strongly.

My lungs seemed to have suddenly enlarged. My muscles got renewed energy out of the ordinary. I began swimming better and faster than I did when I first hit the pool in the afternoon! In fact, I did four laps in a five minute interval! At the end of the hour, I had definitely achieved my goal and much more. I had done a total of 40 laps! That meant, I had done 4 laps more in a ‘tired’ state, in the second half of the hour!

Researching on the world wide web, I came across the term called the second wind where an athlete experiences this surge of energy immediately after reaching a stage of near-exhaustion. I hungrily read everything available about the second wind. The explanation, that I understood, is something like this.

The human body gets energy by breaking down glucose, which is stored in the muscles. This reaction releases lactic acid, which the body must burn. Otherwise, there is a lactic-acid buildup that causes cramps. But, burning lactic acid requires oxygen. If the body does not breathe in enough oxygen, the athlete experiences an oxygen-debt. So, to overcome this, the heart beats more quickly; the lungs begin to gasp; the muscles fatigue and slow.

And then, in one magical moment (nobody is sure as to when exactly this happens), the body strikes a balance between the incoming oxygen and the rate of lactic-acid breakdown. Now, lactic acid is burned constantly and converted into water and carbon dioxide. Once lactic acid levels come down, the athlete experiences the ‘second wind’ and since the lactic-acid metabolism has achieved an optimum rate, the athlete seems to be more energetic than ever!

There are only two kinds of people who do not experience this ‘second wind’:

1. Olympians who have enough lung capacity and cardiovascular fitness to avoid oxygen debt in the first place.
2. ‘Couch potatoes’ who do not have the ability to push themselves at the point of greatest oxygen-debt and lowest energy levels.

Again, is this not the case in life too? When faced with a tough situation - mentally or spiritually - in life, all one needs to do is persevere. It is not an easy thing though, this perseverance. But if done, it is sure to bring in the ‘second wind’. The second wind is called many things - good luck, fortune, God’s grace, serendipity. But the fact is that it exists. And when that kicks in, one is simply amazed at one’s own capacity! But if one is a ‘couch potato’, one will not be able to persevere. The silent and strong faith in the ‘second wind’ is an absolute necessity for a determined perseverance. Once you have this faith, the perseverance comes. And once there is faith and perseverance, the ‘second wind’, call it by any other name that you wish, surely kicks in.

If you enjoyed this article, you might also enjoy:

1. A train of thoughts on life.

2. God knows our thoughts even as they arise...

4. The attitude of Gratitude

My other blog is at aravindb1982.blogspot.in.