Sage has been a professional writer of 14 years and a Wiccan for 25 years. Her religious ideas and experiences often inspire her writing.

Spirit animal guides come into your life sometimes, and you never know what's going to happen-- just know that it's going to be an experience you'll remember.

It's hard to ignore a spirit animal; they just keep popping up until you notice them. They come into your meditations and your dreams, they'll even send live animal messengers to you. When you begin to notice them everywhere, it means your spirit animal guide is trying to tell you something.

Years ago, I had one of the most beautiful mystical experiences of my life with my spirit animal. It was one of those rare moments when all doubts and questions are set aside, and you experience the spiritual in a way that transforms you. It's a moment I will remember for the rest of my life.

Like working with animal spirits? Try this spell to summon a guardian wolf.

What Is a Spirit Animal?

Usually when you think of spirit guides, you think of humans. There are also spirit animals who guide us. These animals have also been called animal guides, power animals and sometimes totem animals (though this would be a misuse of the indigenous culture concept of 'totem', which is entirely different).

They may be guardian spirits, tutelary spirits, or (often) both. A spirit animal may be with you for your entire life, or it may come to you for a certain time in your life until you complete a journey or a cycle.

It's the spiritual essence of a particular creature. It often comes through your subconscious; you may have dreams about your spirit animal, or experience it in meditation. You may suddenly find an animal popping up everywhere in your life-- you'll start seeing pictures of them, you'll hear their cry at night, they'll be on television. Your spirit animal may want your attention, and is directing you to notice it through your subconscious. Sometimes a real life animal may even come to you.

The Exact Location of My Spirit Animal Encounter

Where My Spirit Animal Sent Me a Messenger 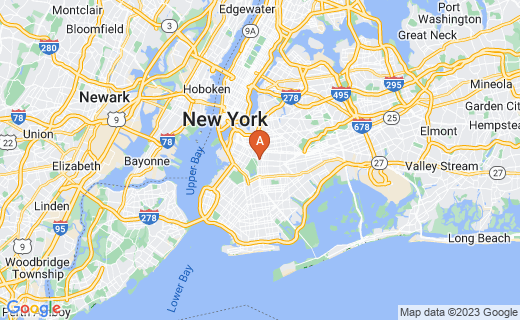 New York City was dark under storm clouds pelting the streets with snow, and the damp wind clutched the body with an icy grip. I was exhausted from the single mother’s daily grind, feeling like I had been running on fumes all winter. After spending all my energy trudging downtown to be met with an empty classroom and a “cancelled” sign displayed on the door, I was vexed.

With hours to kill, I decided to head for the nearby Botanic Gardens, where I often sat by the pond and fed the birds. I figured a bench in a warm greenhouse would make for a cozier study place than the dreary college cafeteria.

I entered the front gates and began making my way down the un-trodden white path. Not far in, among the snow-laden evergreens and the ice-sparkling branches, I felt I had been transported to another world. Within moments, the breeze softened and the clouds passed, leaving a clear blue sky.

I followed the path to the edge of a frozen pond. Just as I passed a tree, a blue jay landed on a bough level with my face, just a couple of feet away, and cawed at me. I stopped moving, and the shiny black eyes of the bird met mine.

What My Spirit Guide Did For Me

Now, Blue Jay is my spirit animal, so I pay attention when I see one, especially when it so blatantly calls to me. The Blue Jay represents the connection between the Earth and the heavens, and that connection was definitely something I had been lacking in my busy life.

Another jay arrived and landed on the tree, and then another. Then some chickadees landed on the ground, just inches from my feet. Ducks began to waddle off the frozen pond toward me. I stood as still as possible while cardinals, ravens, pigeons, blackbirds, robins, mourning doves, sparrows and a host of other feathered friends I couldn’t identify flocked in a circle around me. Some perched on branches, some hopped along the ground, some even circled in the air overhead.

They chirped and cawed, quacked and cooed, and I was mesmerized by the rhythm of the chorus. My mind began to drift as I became lost in the moment. I felt some pricking on the back of my neck; then slowly my senses began to tingle. It felt as though I were standing in a field of static electricity, sort of like when you rub a balloon on your head and make your hair stand on end.

A surge of energy seemed to run up my spine with the crescendo of chatter. It reached a climax, and then in a thunderous burst of pounding wings, the birds dispersed into the four winds, leaving me there alone, renewed, with nothing but a few discarded feathers to reassure me that it really happened.

Tell Me About Yourself

Have you ever had an encounter with your animal spirit guide?

The Real Gift of My Spirit Animal

What my spirit animal gave me that day was precious; yes, I needed that energy to recharge my batteries. But it gave me something even more that I carry with me to this day: faith. It's these types of experiences that continue to reinforce my faith in the existence of the spiritual.

Nature’s blessings are abundant; sometimes we need only to stand still to receive them.