Religious Tolerance in the Middle Colonies

During the 17th century, the first Europeans that settled in the Middle Colonies of British North America – composed of Delaware, New Jersey, New York, and Pennsylvania – were the Dutch and Swedish Lutherans. In 1681, William Penn, a Quaker, gave full religious freedom in Pennsylvania when he was given a colony in the area.

This religious freedom encouraged congregations like Calvinists, Jews, Moravians, German Lutherans, and Roman Catholics to follow the religious tolerance of the Quakers in Pennsylvania. Smaller groups like Dutch Mennonites, French Huguenots, German Baptists, and Portuguese Jews also began to enjoy the liberties found in the new colonies. New York allowed for the establishment of churches, relying on tax money for financial support.

Such wider toleration for religious differences in the middle colonies led to a freedom of expression of both religious and nonreligious beliefs and practices. This was something that Europeans were not very used to as they have lived with centuries of religious warfare in their lands.

Looking at the bigger picture, the uniquely diverse religious communities did at times struggle to live harmoniously with their neighbors causing each group to stay close. It is important to note that although there were some misunderstandings between the various religions that coexisted in within a region; these religious sects have learned to live together peacefully. Most of the more rural countryside was thinly populated while the urban areas became an avenue for social mixing and intermarriage. Overtime, these mixing of beliefs blurred the religious differences and paved the way for a greater acceptance of the religious differences.

J. Hector St. John de Crèvecoeur, a Frenchman who lived in New York and made frequent travels in Pennsylvania during the eighteenth century, was among the first few who documented the religious tolerance of the Quakers, its characters that were highly apparent in the Middle Colonies. His writings proved to be one of the best sources of Pennsylvania history along with the other states that comprise Middle Colonies during these times. He had written that despite the huge diversity of church doctrines, the people have somehow learned to merge into a single new race.

Analyzing it in another way, the early churchmen and churchwomen living in the middle colonies looked at the rise of religious toleration as a trade off. This means that for them to practice their beliefs without being ill-treated, they will also have to give the same right to others, particularly to those whose beliefs are different from their own.

This realization did not come easily, though. The religious factions still had their quarrels and competition before they were able to come up with bargains and compromises. Once they came to realize that it is quite impossible to have a single religious doctrine dominate the Middle Colony society, they began to accept their differences.

During the 1730s, the First Great Awakening was born among the Presbyterians living in New Jersey and Western Massachusetts. This also included newer Baptists and Methodist denominations. The First Great Awakening flourished and lasted up until the eve of the American Revolution which took place in the early 1760s. During these times, individual religious factions preached among masses that anyone can be born again and be saved. It was also emphasized that anyone can actually preach as it was not something that only the elite can do. This event was very influential in converting slaves to free people.

The Great Awakening was the movement that sparked the American Revolution, which undermined the faith in traditional authority. This was in particular with the Church of England and the king. In its early days, working men and women became prayer group leaders and bible preachers. These people took on prominent political roles during and after the American Revolution.

If you have lived during the 17th Century, would you have embraced religious differences? 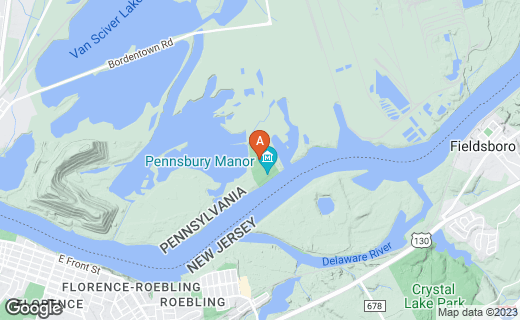 Religious tolerance in early colonial America was a way of life for the Quakers of Pennsylvania. William Penn's home demonstrates this belief.