Saint Aaron, sometimes known as Saint Aihran, was born in Armorican Domnonia, which was a kingdom of Great Britain. His birth occurred in the sixth century, but there is some uncertainty that surrounds Saint Aaron's definite place of birth.

Aaron was brought up in a Christian family and decided one day to move by himself to a deserted, tiny island close to his home in France. Saint Aaron believed that a life cut off from the outside world would be the best way to devote his life to God. Aaron actually succeeded in living his secluded lifestyle for a period of time, until people in France began to heard of his ways and became interested.

Aaron's intense devoutness impressed large numbers of people and made them want to join him. They wanted to be taught by Aaron how to become closer to the Lord.

Have you ever heard of Saint Malo? Well he was one of the many people who became compelled to visit Aaron on the small island of Cézembre. And he did just that around the year 544. Cézembre was only possible to by reached at a low tide. So Malo waited until the tide was low, and made the quest out to see Aaron. Saint Aaron kindly greeted Malo and invited him into his home. Malo and Aaron spoke for many hours on end, and Malo would begin traveling back and forth between Cézembre and France helping Aaron to increase people's knowledge of God.

Saint Malo was the very first person to go see Aaron on Cézembre, and ultimately become his student. Once people heard from Malo and saw what he had been learning from Aaron, many flocked to Cézembre to become students of Aaron's as well. The great numbers of men coming to join Aaron and Malo on the island led to the building of a monastery. Aaron remained on the island as a head figure for the monastery and a religious guide for all those who came to join.

Not too long after the building of the monastery, Aaron would die. His death was natural, but nonetheless it was deeply saddening for all those who knew him. Saint Malo took over the monastery and continued to teach all those who wanted to learn more about God.

Have you ever heard of a saint that was canonized "pre-congregation"? Well this is what Saint Aaron is, and it simply means that Aaron was made a saint before the time of the present day church and it's set-up.

Saint Aaron is the patron saint of anybody who lives a passionate and steadfast life, and his feast day falls on the 21st of June. 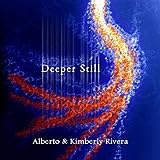 How Great Is Our God
Buy Now