Saint Benjamin was born sometime around the year 405, in Persia. He is known as the patron saint of preachers. In the year 420, Christians began to be arrested for their beliefs there, and St. Benjamin was arrested along with many other Christians.

The issues between the Christians and Persians began because a Christian started a fire inside of a Persian temple. The Perians wanted the man to rebuild the church because it burned to the ground, but he would not do it. So the Persian's form of retaliation was burning down every Christian church in the country and torturing and beating all the Christians they could find.

For forty years after this the Christians would be victimized in Persia, even when the Persian government elected new leaders. They all felt the same way about Christians, so it changed nothing. Saint Benjamin had been held in captivity for a long time by the Persians because he was a deacon in a local church. However, a friend had negotiated a deal to have Benjamin released under one condition. Benjamin would not be allowed to preach or speak in any way of his religion. He was to keep to himself and not try to spread Christianity.

Saint Benjamin would not accept the terms of his release because he claimed he was bound as a Christian to try and teach others the ways of God and Christianity. He said there was no way that he could remain silent.

Instead of just returning Benjamin to captivity, the Persians decided to kill him for not taking their generous offer. The Persians put Benjamin through excrutiating torture before they killed him. Benjamin is known as a martyr for the suffering he endured for his faith. His death took place in the year 424. 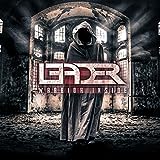