What is God's Shekinah glory? 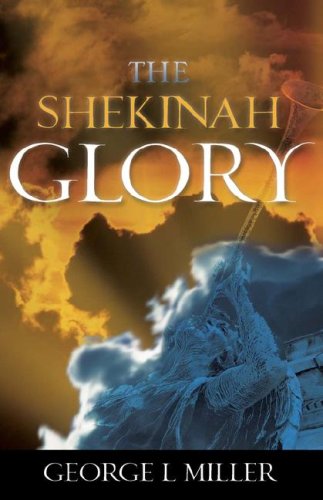 Have you ever heard the term - "Shekinah glory"

Let me explain this term.

Because Adam and Eve were clothed in God’s "Shekinah glory", they were not aware that they were naked.

The "Shekinah glory" protected them from all harm and it was all they needed. (Genesis 2:25: And they were both naked, the man and his wife, and were not ashamed)

Man was pure and holy, made in the image of God. The Spirit of God is holy and will not rest on anything unholy. The Glory of God that surrounded man then, was called the "Shekinah glory".

We read about the glory of God again in the Exodus of Israel where the Glory was in the cloud (symbolic of the Holy Spirit) that went out before them in the day and gave them light at night. It protected them but it did not settle on them.

We read that Moses went up the mountain Sinai and the glory of God was on the mountain. The Shekinah glory showed on the face of Moses after 80 days in the Presence of God, He almost shone like Adam and Eve from olds. The people were scared of Moses because rays of light shone from his face. They asked Moses to cover his face. (Exodus 34:29-30: When Moses came down from Mount Sinai with the two tables of the Testimony in his hand, he did not know that the skin of his face shone and sent forth beams by reason of his speaking with the Lord. When Aaron and all the Israelites saw Moses, behold, the skin of his face shone, and they feared to come near him)

After the Ark was lost to Israel, the "Shekinah Glory" of God was also lost for a time.

We read that the Spirit or "Shekinah glory" did not rest on anyone after that but only occasionally "came upon" the prophets and kings in the Old Testament to do the work of God, but never settled.

We read In the New Testament that when Yeshua (Jesus) was baptised with water, the Holy Spirit came (in the form of a dove) and settled on Him.

After His resurrection, Yeshua (Jesus) gave His disciples the order to go to Jerusalem and to wait for the power (the outpouring) of the His Spirit, the Holy Spirit. We see that after the outpouring of the Holy Spirit on the day of Pentecost that the Spirit of God came and settled on them with Tongues of fire ("Shekinah Glory") and they spoke in different tongues.

So these people must have been holy and acceptable for the Spirit of God to come and settle upon them. They were sanctified (made holy) by the work (blood) of Yeshua on the cross. As Noah fled into the ark and was saved from destruction so we must flee into the ark of grace, God’s Glory, His "Shekinah Glory" and be saved.

Trust in God is the result of a choice. God’s way of life was not the only choice Adam and eve faced. The serpent presented Eve with an alternative, convincing her that his approach was the better way. He persuaded her that God had withheld important information from her, that God was misleading her (Genesis 3:1-6). Eve then persuaded Adam to join her in rebelling against God’s instruction by partaking of the tree of the knowledge of good and evil (Genesis 2:15-17).

As a result, another "ruler" (John 12:31), the one who exercises influence over "all the kingdoms of the world" (Matthew 4:7-9), could introduce humanity to a different way of life. This ruler is "that serpent of old, called the Devil and Satan, who deceives the whole world" (Revelation 12:9). But by listening to him they lost everything.

Over time he has even introduced a counterfeit religious message, a "different gospel" (Galatians 1:6-8) that is opposed to God’s plan and His purpose for us.

We must understand the significance of Satan introducing to humanity a different way of life, a way opposed to God. Satan’s message is cloaked in acceptable, sounding language that seems right to our natural way of thinking (2 Corinthians 11:13-15).

He has even convinced most people that God’s ways are foolish (1 Corinthians 2:14). In so doing, Satan has become not only the ruler but the "god" of this age (2 Corinthians 4:4). Paul refers to him as "the prince of the power of the air, the spirit who now works in the sons of disobedience" (Ephesians 2:2).

But never forget that Yeshua is still the ruler of the universe and the earth, and has overcome and is victorious. Our hope to become part of this Kingdom is only found in Yeshua (Jesus Christ) our saviour.

What prophetic words did God say to "that serpent of old"? we see in Genesis 3:14-15: "So the Lord God said to the serpent: ‘because you have done this . . . I will put enmity between you and the woman, and between your seed and her Seed; He shall bruise your head, and you shall bruise His heel."

He promised that the appointed Seed (the Messiah) would deliver mankind from the rule of Satan. As we will see, this early prophecy also shows God’s commitment to carry to completion His plan to mould humanity into His own spiritual image to establish a kingdom that will produce the fruit of the tree of life instead of the fruit of Satan’s deceptions.

The prophecy of a promised Seed starts a scarlet thread that runs throughout the Bible. It is God’s firm promise of a Saviour, a King who will rule with righteousness and bring peace and salvation to all.

Mankind become aware of his nakedness after his fall.

The "Shekinah glory" of God left mankind because of sin. The protection of God was now gone and man began to die. Man was ashamed of his sin and hid himself from the holiness of God. God called Adam not because He wanted to know where Adam was, He knew where they were, but because God wanted to know where their relationship was. He knew that He said that they should surely "die" – "die" (spirit and flesh) if they eat from the tree of knowledge.

God is perfect in all His ways and because He had said that they will surely die, He had to perform His word and they should have died there and then. But yet God did not let them die immediately. Have you ever wondered why?

Let me explain: God had a redemption plan for mankind; He had a plan for the salvation of mankind.

God showed mercy towards man by killing an animal in his place to cover his sin. Sin brought death onto the earth. (Genesis 3:21: Unto Adam also and to his wife did the LORD God make coats of skins, and clothed them)

The Messiah would be the "Seed of a Woman".

In this very first prophetic Scripture (spoken against Satan) God's plan of redemption can already be seen. God would bring forth a man, through the woman, who would crush Satan's (head) power, the Messiah. Prophecy: "And I will put enmity between you and the woman, and between your offspring and her offspring; He shall bruise and tread your head underfoot, and you will lie in wait and bruise His heel". (Genesis 3:15)

Fulfillment: "But when the proper time had fully come, God sent His Son, born of a woman, born subject to (the regulations) of the Law" (Galatians 4:4) and in (Revelation 12:5)"And she brought forth a male Child, One who is destined to shepherd (rule) all the nations with an iron staff (sceptre), and her Child was caught up to God and to His throne".

What was the result of Adam’s and Eve’s sin?

Adam and Eve were cast out of the garden, so will we if we do not have protection of the "Shekinah Glory". We are now sinless and holy through the blood.

Did this Bible study helped you in any way?