The Month of Sravan and the Shravan Somvar Legend

Shravan is the fifth month of Hindu calendar begining from Chaitra. This month is considered highly auspicious for praying to Lord Shiva. It is believed that worshiping Lord Shiva during Sawan is considered more powerful than worshiping during normal days. Many Hindus observe fasts and perform Pujas during the month, especially on Monday. The fasts done on Monday are known as Shravan Somwar Vrat. It is believed that by observing Sravan Somvar Vrat all desires gets fulfilled. It is believed that if unmarried women keep fast on Mondays of the month they would get a good husband. Apart from Monday’s women keep fasts on Tuesdays and Fridays of the month too. On Tuesdays newly married brides keep the Mangala Gauri Vrata to get rid of bad omens and married women keep Varalaksmi Vrata on Friday (Shravan Shukravar Vrata). Each day in the month of Shravan has a special significance and other deities are worshiped too. Mondays are dedicated to Shiva, Tuesdays to Gauri, Wednesdays to Vithala, Thursdays to Mercury and Jupiter, Fridays to Lakshmi and Tulsi, Saturdays to Shani and Sundays to Sun. Many do Pujas of Lord Vishnu on Saturday. Those who have complications in their birth chart due to the planet Saturn observe fast on this day of Sampat Shanivar .Praying to Goddess Lakshmi is also considered auspicious in this month. Some other auspicious occasions in the month of Shravan are Hariyali Amavasi, Hariyali Teej, Nag Panchami, Tulsi Das Jayanti,Putradaikadashi, Shravani Purnima, Rishi Panchami, Krishna Janmashtami and Raksha Bandan.

According to a legend the churning of oceans or Samudra Manthan took place in the month of Shravan and it is on a Somvar that Lord Shiva drank the poison Hala Hala to save the world. In order to lessen the effect of poison the Devas had offered the Ganges water to Lord Shiva. Because of this on Shravana Somvar in Shiva Temples the Shivalinga is bathed with holy water day and night. Devotees pile the linga high with Bel leaves and flowers and fast till sunset. A 24 hour lamp also burns steadily in the temples. It is believed that one can please Lord Shiva in Shravan month by offering milk. It is considered highly auspicious to wear rudraksha beads in Shravan month. 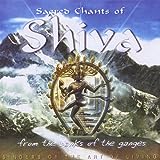 Here is a brief procedure of observing the Shravan Somvar Vrat. After taking bath and performing other purification rituals pray to the Lord Ganesh. After that pray to Lord Siva by chanting the Om Namashivaya Mantra. Offerings of Bilva Leaves, milk, honey and water are made to the shiva linga after that. Panchamrit can also be used to anoint the shivalinga. Fasting from sunrise to sunset is done on this day. Some people keep a strict fast whereas some people keep partial fast and consume fruits and juices during the fast. Non vegetarian foods and foods with Onion and garlic are strictly avoided. Many people take only salt less food during the fasting. Some people chant the Shiva Mantras like Om Namashivaya and Maha Mrityunjaya Mantra throughout the day whereas others keep Maun Vrat. Many devotees also read Shiva Purana on this day. Many people wear only white clothes during the fast. Break the fast after praying to Lord Shiva by consuming normal food. Some people keep fasts for the whole month of Sawan and avoid eating grains during this period. It is believed if one who fasts on all Mondays of the month of Shravan all prayers from the heart would be answered.