The Legend of The Sluagh: A Story of Ghostly Spirits, Deadly Souls and Haunting Evil

The Slaugh Are Coming: Run For Your Life And Save Your Soul...

The Sluagh: A well known name among the old lands of Celtic Ireland and Celtic Scotland. A name that brought terror into the hearts of dying souls as they lay on their deathbed. Praying that all the doors and windows were tightly bound against the fierce and dreaded Sluagh. Praying that their death would come swiftly; that their frail soul might escape the evil clutches of The Unforgiven Dead.

Stories of The Sluagh and exactly who or what they really were, date back to thousands of years ago. Stories handed down from father to son, from mother to daughter. Tales differ slightly, but the core of the story is spine chilling. After reading this tale, a shadow will never be just a shadow ever again...

Long ago in a time when witches and demons were rampant. Fairies and Druids dwelled among the living. Magic and potions were the practiced medicines of the people. The Gods were feared and death was but another life. A time when the world was new. Everything and anything was possible.

Tales of The Sluagh, describe them as the souls of the dead. Souls of the darkest sinners. Souls so evil that not even hell would burn them. The eternal flame of the underworld spat their rotten souls from it's amber tongue. Souls so black from mortal sin that the earth rejected their very presence. The evil souls were destined to soar through the air, a flock of mangled birds together for eternity. Never to set a foot nor a claw upon the ground.

The Sluagh, a celtic word meaning host; continued to practice their wicked ways even in death. It is told The Sluagh would watch over dwellings where a dying person resided, in the hope of steeling their soul. The demonic spirits would drift on a westerly wind. Should a door or window be left slightly ajar, the evil souls would swiftly take advantage, stealing into the house. Hideous looming shadows, they would hover over the dying. Eerie whispers filling the room whilst the demons sucked the weakening soul from the dying body. The stolen spirit; captured within the flock. Terrified screams would echo through the home and could be heard in the growing distnace long into the night. Engulfed by The Unforgiven Dead. Forever to roam the night skies. Eternally dammed. Innocent or evil - any soul would do.

When short of a dying soul, the satanic spirits turned their wicked ways toward the living. Hunting a living soul was much more difficult than steeling a dying soul. The living souls were stronger, moved quicker and took more time and energy from the demonic spirits. A hunt, often ended with the living escaping to hide behind closed doors. Shrieking to all surrounding folk to run for their lives. The gathering of more souls to their flock was easiest among the weak and dying.

To roam lonely lands without any sight of shelter at night, was sure death by The Sluagh. A lifeless body found in the woods, fields or rivers was often the prey of The Sluagh. Snatched cruelly from the earth. Drained of it's soul. Discarded in the night; abandoned to the skies only to plummet, a dead body to the earth. A horrid, horrid death.

The Sluagh were said to be bird like. Great ugly dark shadows with long thin fingers, webbed with leathery skin. Their cape like wings swirled and flapped in the night. Long gnarled claws protruded from deformed spinally legs. Rasping sucking sounds belching from gaping toothless pits. A stench of rotten meat clung to the satanic flock. A dark scattering of shadows and the sound of beating wings, alerted the night-time traveller, The Sluagh were in descent. A terrifying sound.

As dusk settled each night The Sluagh took to hunt. Doors and windows were locked. Should a knock on the door be heard it was ignored. A nail tapping on the window, sent chills throughout the room. No fire could take the chill away. When night-time came, it often brought death, always shadows and the smell of fear in the dying.

Fairy Tale And Fairy Folklore: Full to the brim with fairies, demons, ghosts and ghouls, witches and much more, a delightful read... 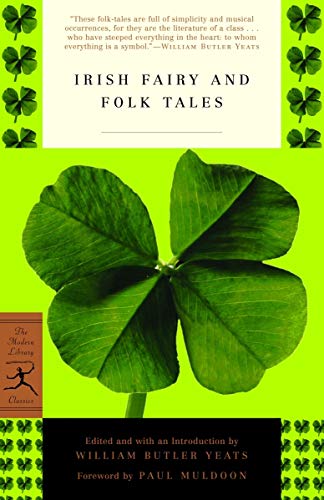 Stories are often laughed at, fables shrugged off, tales of old, no more than just tales. Legends and myths nothing more than bedtime reading. Night time ghost stories told over generations, sending children to sleep before the Sandman spreads his dust or the Boogieman comes to get them.

But, just think! Have you ever laid in bed, watching shadows dance across your room, yet no light feeds them? Have you heard distant shrieks, blamed a cat, knowing deep inside, no cat wails like that? And sometimes when you wake from a deep sleep... a feeling, an eery feeling that someone or something was watching you?

That feeling of falling, and you jolt awake. The mornings when you rise exhausted, your limbs sore and your head aches. That strange feeling of floating. You think it's simply a dream. Well of course! that's the way it seemed. Perhaps The Sluagh came for you - the shadows on your ceiling, but hearing of a weaker soul, they went steeling through the night and left you sleeping...

but still, they hear you breathing...

and they'll be back... they always come back, stealing...

Are You Scared of The Dark? More Creatures of The Night Are Coming!