On a local backroad is a sign prominently featuring the face of a baby, proclaiming that "God Is Pro Life." Contemplating this sign reminds me of how so many people approach such an issue from a religious standpoint, in complete ignorance of what their religion actually says about it. And when I see or hear the claim that "God is pro-life," I can properly respond only with one word:

Perhaps the sign's author was thinking of the narrative from Matthew, where Jesus insists that his followers "...suffer little children, and forbid them not, to come unto me..."

But if one looks to the rest of the Bible, the confluence of "suffer" and "children" takes on a whole new, more sinister, meaning. Yahweh, the bloodthirsty deity of the Old and New Testaments, seems to have an unmistakable fetish for exterminating children. 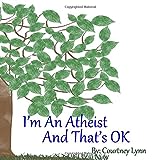 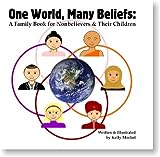 One World, Many Beliefs: A Family Book for Nonbelievers & Their Children
Buy Now

What If I'm an Atheist?: A Teen's Guide to Exploring a Life Without Religion
Buy Now

He begins killing them in the very first book of the Bible, drowning millions of innocent children (and fetuses) in a worldwide flood. Still, the planetary genocide is indiscriminate, and children aren't specifically targeted.

That begins to change in the book of Exodus, when Yahweh massacres "all the firstborn in the land of Egypt." This becomes a recurring theme throughout the Old Testament, where Yahweh uses infanticide as a threat or means of punishment -- even to his own "chosen people" (Leviticus 26):

"...I will also send wild beasts among you, which shall rob you of your children, and destroy your cattle, and make you few in number..."

Even more macabre are Yahweh's multiple threats to starve his people to the point where they'll eat their own children (Leviticus 26, Deuteronomy 28, Jeremiah 19, Ezekiel 5). Later, in Hosea (9 & 13), the threats become even more ghastly (emphasis mine):

"...Ephraim is smitten, their root is dried up, they shall bear no fruit: yea, though they bring forth, yet will I slay even the beloved fruit of their womb..."

"...Samaria shall become desolate; for she hath rebelled against her God: they shall fall by the sword: their infants shall be dashed in pieces, and THEIR WOMEN WITH CHILD SHALL BE RIPPED UP..."

So much for God opposing abortion!

There's a coy maxim sometimes found in movies and bumper stickers that one should "kill 'em all and let God sort 'em out!" Unfortunately, once Yahweh sets the Israelites on their Old Testament wars of conquest and genocide, he seems to forget the second part. Deuteronomy's early chapters set the tone:

"...So the Lord our God delivered into our hands Og also, the king of Bashan, and all his people...And we utterly destroyed them, as we did unto Sihon king of Heshbon, utterly destroying the men, women, and children, of every city..."

The only exception is the Midianites, whose young girls are apparently so appealing that they're spared for use as sex slaves (Numbers 31).

"...So Joshua smote all the country of the hills, and of the south, and of the vale, and of the springs, and all their kings: he left none remaining, but utterly destroyed all that breathed, as the Lord God of Israel commanded..."

The same applies to the Amalekites, making sure to not miss any babies:

"...Now go and smite Amalek, and utterly destroy all that they have, and spare them not; but slay both man and woman, infant and suckling..."

Yahweh seems to have a talent for devising new ways to exterminate infants. Consider the children of Babylonian parents, which "shall be dashed to pieces before their eyes (Isaiah 13) -- a thought at which David (presumably) rejoices in Psalm 137:

In 2 Kings Yahweh gets even more creative, sending two "she-bears" to rip dozens of children to shreds after they taunt the 'prophet' Elisha's baldness.

Of course, in the midst of all the mass murdering, Yahweh still makes time for good old-fashioned sacrifices. We all know the story of Abraham, who's stopped just as he's about to kill Isaac. But the story they DON'T tell you in church is that of Jephthah who, to secure a military victory, promises that he'll sacrifice whatever first greets him when he returns home. It's his daughter, and this time Yahweh DOESN'T intervene! (It should also be noted that the sacrifice of human slaves -- presumably including children -- is sanctioned in Leviticus 27).

Also, children aren't exempt from the numerous capital offenses under Yahweh's law, and even have a few of their own, such as being 'rebellious' or cursing or striking their parents. Contrary to popular belief, Jesus affirms in the New Testament that not one "jot or tittle" of the old laws is changed. As if to emphasize, he reiterates one, just for the children:

"...For God commanded, saying, Honour thy father and mother: and, He that curseth father or mother, let him die the death..."

Finally, it goes without saying that BILLIONS of innocent children are condemned to an eternity in Hell because they haven't accepted Jesus as their "savior" (they're either too young or were born into the wrong religion).

With all this in mind, it's literally impossible to reasonably conclude that the god described in the Bible is "pro-life" with regard to children. He's slaughtered countless millions of them in wars and plagues, made them sex slaves for soldiers and food for their parents, dashed them against rocks, ripped them apart with animals, targeted them with capital punishment, accepted them as human sacrifices and commanded their forced abortion at the edge of the sword.

With a monster like Yahweh above a child's bed, why fear the Boogey-man beneath it?

Other related hubs by Paladin:

Comments (sorry, due to trolling, comments must be pre-approved)