In my Sunday School class we have a range of kids from 4 to 12 so it can be difficult to find things that entertain all without losing the younger kids or boring the older ones. Puppet shows really seem to work out great. Kids of all ages love puppets. You can use puppet shows to teach any story or lesson. You just have to be a little creative. After not finding any material that would work for me in my class, I began to write my own.

There are some things you need to do to make the puppet show more effective.

Bob: Hiding from who Larry?

Bob: Oh, are you playing hide and seek Larry?

Larry: No Bob. I’m playing hide and hope they don’t find me.

Larry: Well, I was playing with some of my friends, but they wanted to ride our bikes up and down the road.

Bob: The road? Larry, I thought your mom said you couldn’t ride your bike in the road.

Larry: She did Bob. My friends moms told them they couldn’t ride in the road either.

Bob: So why did they want to ride in the road Larry?

Larry: Well, our moms are shopping at the store and they won’t be back for a while, so they figure they won’t get caught.

Bob: Oh, I see. So why didn’t you just tell them that you didn’t think you should ride in the road Larry, even if your mom won’t find out?

Larry: Well, Bob. I’m afraid if I tell them that I don’t want to ride in the road, even if my Mom won’t find out, that they won’t want to play with me anymore.

Bob: Larry, if they don’t want to play with you anymore because you chose to do the right thing, then they really aren’t very good friends.

Larry: But Bob, I go to school with these friends, and we sit together at lunch, and we go out to the playground and….

Bob: But Larry, a real friend wouldn’t ask you to do something that you shouldn’t do.

Larry: Wow. I hadn’t really thought about it that way Bob.

Bob: And another thing Larry, what do you think God would think about these friends?

Bob: Well, the Bible tells us that we should obey our parents Larry.

Larry: It does Bob?

Larry: Wow, Bob, I hadn’t really thought about God, or the Bible or anything. I just knew it didn’t feel right to do something that I knew my mom didn’t want me to do.

Bob: Well Bob, your feelings were right. You shouldn’t do something that you know is wrong, even if you probably won’t get caught.

Bob: But you should also tell your friends that you don’t want to do it either Larry.

Larry: But Bob, what if they tell me they won’t play with me anymore?

Bob: Then you tell them that’s ok Larry, because you are doing the right thing and they aren’t.

Larry: Well, I guess you’re right Bob, but I sure hope they don’t stop playing with me

Bob: Ya know Larry, maybe by standing up for what is right, you will set an example for your friends.

Larry: What do you mean set an example Bob?

Larry: Wow Bob, you mean that if I tell them I’m not going to ride my bike in the road because my mom told me not to and it’s wrong, then maybe they will decide not to ride in the road either?

Larry: You’re right Bob. I gotta stand up for what I believe in and for what the Bible says.

Bob: Good for you Larry!

Larry: Ok Bob! Bye! I’m gunna stop hiding from my friends and go tell them that I’m not going to ride in the road because it’s the right thing to do! See ya later!

Once the puppet show is over you can engage the kids in discussion. Ask them things like:

What kinds of things do your parents tell you that you can't do?

Do you ever do them when they aren't watching?

Why is it important to listen to our parents?

What would you do if your friends try to get you to do something your parents said not to do?

Is it ok to do something wrong if you know you won't get caught? (No because God always knows what we do.)

Puppets and Scripts available on Amazon 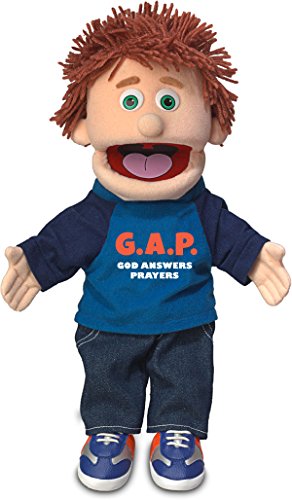