Texas Tales -- The Legend of the Greer Gold in Bosque County, Texas

William Reddick Greer was born in Troup County, Georgia, November 18, 1828 and was the fourth child of Nathaniel Greer and his wife, Nancy. Uncle Bill, as he’s always been referred to among the Greers (the maternal side of my family) was the brother of my great, great grandfather, Matthew Simeon “Babe” Greer – so, guess that makes him my great, great uncle?

In any event, Uncle Bill’s entire life was a bit of a mystery – not only to the extended Greer family but even to his siblings and parents. Family history indicates that in 1855, the Greers – being drawn to the Mormon persuasion – hit the trail for Utah and Uncle Bill was with them at that time. The trail proved to be rough and treacherous and many folks died. At some point in 1856 the Greers decided they’d rather be live Baptists and Methodists in Texas than risk the dangers of being dead non-Mormons before they reached Utah so they turned around and headed back to central Texas.

Uncle Bill definitely returned to Texas along with the rest of the Greers after the ill-fated Utah trip. He was, however, always intent on making his fortune prospecting for gold and there’s where the first mystery comes in. It’s been suggested that he left home to be a part of the California Gold Rush of 1849, when he would have been 21-years-old (prior to the Utah trip) and returned back home in time to make the Utah trip with the rest of his family. The alternative to that theory is he left home after returning from the Utah trip to be a member of the Alaska Gold Rush in 1861 when he would have been 33-years-old. Whichever gold rush he was involved in – he was very successful as he always seemed to be a flush old dude thereafter.

The Civil War happened right around this period of time but there’s no military record found that indicates Uncle Bill served in that war in any capacity. Had he been a participant he most certainly would have upheld the Rebel cause as all the Civil War veterans from the Greer family fought for the South – no exceptions – and there were a lot of them.

On January 18, 1871, when the South was still trying to recover from the War Between the States, Uncle Bill and my great, great grandfather Babe Greer partnered up and bought two pieces of ranch land from their brother Gil Greer in Bosque County, Texas which became known as “Greer Park.” Uncle Bill lived at the Greer Park property the rest of his life and engaged in ranching, raising stock and trading which was pretty much typical during that time. In January, 1875 he sold 160 acres he had inherited from his father which also feathered his monetary nest considerably. Seems money was never a problem for Uncle Bill after his prospecting days.

Despite being quite affluent, Uncle Bill didn’t like nor believe in banks which worried and irritated his brother Babe tremendously. Small towns know everything and Uncle Bill was known to have a lot of money. That fact plus Bill getting on up in years seemed a bad combination to Babe and he repeatedly tried to convince Uncle Bill to put his money in a bank and that banks were safe. He was ever fearful of Uncle Bill being robbed and possibly killed in the process.

Uncle Bill had his own banking philosophy. All the money he had in the world was in the form of $20 gold pieces – no paper money for him – ever. He went to a leather shop and had tubular leather containers made to exactly fit his $20 gold pieces, put all his money in the leather tubes and proceeded to bank somewhere on the Greer Park property. No one on the place knew where Uncle Bill had his money stash – whether buried in the ground, hid up in trees, in a cave, by the creek – Uncle Bill and Uncle Bill alone knew where his “banking place” was.

On numerous occasions something would arise at the ranch that required more cash than was kept on a day-to-day basis. Without fail, Uncle Bill would promise to return very shortly, take off walking, be gone 30-40 minutes and come back with the exact amount needed – in $20 gold pieces which he’d loan to his brother Babe. It was Babe’s unsworn duty to get to the bank as fast as he could and repay Uncle Bill – only in $20 gold pieces. This went on for years!

Uncle Bill was probably how the definition of “loner” came to be. He was the ultimate loner and would disappear – sometimes afoot and sometimes horseback – for days on end. He never said where he was going, when he’d be back or even indicated in any way he was leaving beforehand – he just flat out disappeared! Whether his days as a lonely prospector created his desire for solitude or whether he just didn’t enjoy human company that much was never known. He enjoyed being by himself and that’s just the way it was and everyone in the family accepted it. Uncle Bill never even courted a lady to anyone’s knowledge and certainly never married.

Around the first of February, 1900, Uncle Bill left the ranch, walking, just as a Blue Norther blew into central Texas complete with wind, ice and snow. The ranch hands had to break ice wherever there was water so the cattle could drink and everything was pretty much shut down as to work. After hanging around the ranch for several days a couple of Babe’s brothers-in-law got bored and decided to go hunting. It was February 6, 1900 when they came upon Uncle Bill’s frozen body, leaning against a tree by the creek, his beard covered in ice and snow and his sightless eyes staring out across the part of Texas he loved best.

Uncle Bill was buried in the Kopperl, Texas Cemetery where the Greer family had donated the land. It’s said there were quite a few mourners at his funeral but if that was the case it was because of his family’s standing in the small community as he had never made any effort to be a part of the community or make friends with a living soul. He was known only as an “acquaintance” to everyone. A photograph -- nor any likeness of any kind -- has ever been found of Uncle Bill Greer. It seems as if in his solitude he was just passing through.

Uncle Bill’s death brought out the worst in a lot of people who lived in Bosque County, Texas. For years it had been well known he was a wealthy man, liked only $20 gold pieces and didn’t like and refused to patronize banks. The logical conclusion for the townsfolk was that he had a huge bunch of money stashed somewhere on the Greer ranch – and the long and arduous hunt began. People would enter the Greer property in the middle of the night to dig for Uncle Bill’s gold. It was not uncommon to find digging along the creek for half-mile or more. The treasure hunt was on and went on for years to no avail.

Eventually, Gil Greer, now elderly (the brother from whom Uncle Bill and Babe Greer bought the Greer ranch) decided he wanted to leave his place (which adjoined the Greer ranch), retire and move in with his son in the town of Morgan, Texas (also in Bosque County). He therefore sold his ranch to a man named Tom Carlisle. Not too long after buying Gil Greer’s place it seemed to most folks in Bosque County that Tom got prosperous real sudden-like – far more prosperous than any common rancher would be. The obvious conclusion reached by most gossips was that Tom Carlisle had found where Uncle Bill did his banking and had found what was, by then, referred to as “The Greer Gold.”

Years passed and the legend of The Greer Gold gradually faded as the old folks that remembered it died and younger generations either didn’t put much stock in the tale or didn’t care. Whether the Greer Gold was ever found or not remains a matter of conjecture to this day.

An interesting side note to Uncle Bill Greer and his gold is that in 1951 the Corp of Engineers began releasing water into Whitney Dam – Lake Whitney – and the old Greer Park (aka Greer Ranch) was soon underwater. It wasn’t long until the old property was pretty much forgotten by the folks in Bosque County, Texas as it was now just the bottom of a great, big fishing hole.

A few weeks back I read where a family picnicking near Lake Whitney had found some strange coins and upon taking them to an expert for identification they were found to be $20 gold pieces. . . imagine that.

Hey, Uncle Bill – looks like you were right! Your bank was a pretty safe place ‘til some idiot flooded the damned thing!

Author’s Note: This is a true story. Some of the research included in the story was done by Bill Greer and taken from his publication The Greer Way West . Bill kindly gave us permission to use his materials in our writing -- including a book about the Greer Family which is a work in progress by this author. 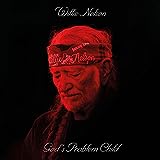