The 1967 UFO Abduction of Betty Andreasson

The world of the paranormal has all sorts of interesting stories. UFO abduction, astral projection and sightings of mythical creatures are usually regarded as completely separate from each other, but there is the rare case which combines these elements.

Betty Andreasson has had a long history of UFO abductions, which have been shared by members of her family, but one instance in 1967 is one of the strangest, most studied cases in ufology history.

The area Betty was abducted from. 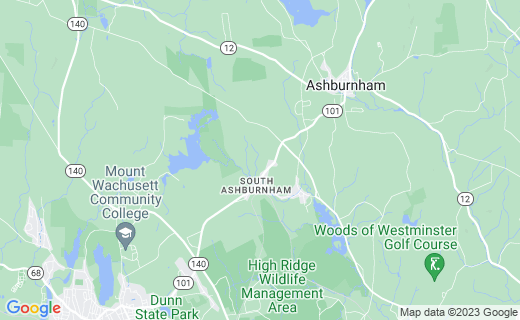 It happened right around 6:30 in the evening on January 25th, in the small town of South Ashburnham, Massachusetts. The evening was rather average, with Betty working in the kitchen while her parents spent quality with their seven grandchildren in the living room.

Suddenly the lights in the house flickered out, and a strange red light lit up outside the house. When it illuminated the home with its intense sanguine light, the children grew skitterish with fright. As Betty rushed to calm the little ones down, her father approached the window to see what was going on outside.

There, he saw five small figures hopping toward the house. He had thought they were kids playing a prank at first, but as they got closer, he discovered just how wrong he was.

They were short enough to be children, but their skin was grey and eyes inhumanly large. Instead of mouths, they had slits under a nonexistent nose and only had three fingers on each hand. As a uniform, they wore tight blue jumpsuits with some sort of eagle insignia on the arms, and a cross body belt.

Although they were now floating, they wore what looked like heavy boots on their feet.

The beings put the family in suspended animation, but left Betty free too move around. She felt oddly calm, and received a sense of love from these beings, so there was no fear at first. When Betty saw what happened to her family, however, she great distressed. Sensing the rise of her emotions, the beings allowed her daughter, Becky, to wake up long enough to say she was alright.

Not a single word was uttered by these strange visitors. Like so many other encounters and abduction stories, they communicated strictly through telepathy.

Once assured that her family was alright, Betty went with the beings to their ship. When she first saw it, the craft was a massive silver disk settled by the family home. Shortly after they left the house, the leader, named Quazgaa, was able to make the hull vanish. Once it was gone, the large crystal orbs which made up the interior of the craft were exposed.

Taken to an Alien World

They brought her into the craft, and to a room to be physically examined. Once the painful step was completed, she was taken to a red room. It was there that she stayed as they went to another world.

When they exited the craft, she found herself in a world full of red sand and adobe buildings. As they passed scattered trees, they were watched by lemur like beings. Other denizens included old men, who Betty would later call Elders.

Eventually, they reached a huge glass wall with a massive door in it. When she stepped forward to go through it, her escorts stopped her, telepathically informing her that she wasn’t able to go through it as she was.

Although she was confused about what they meant at first, it was soon revealed that her physical body couldn’t go through. They separated her physical body from her spiritual body then in a strange form of forced astral projection. The sensation must have been odd to her, but because she had complete trust in her faith, she wasn’t afraid.

It was then that she was allowed to go through the door. Before her, she found a massive bird, somewhat like a golden eagle. Golden sparks set themselves off in the air around it. As she watched, the points of yellow lights grew brighter and the temperature warmer. Soon, it became unbearable. She passed out at that point, and when she awakened there was only a pile of ashes where the bird had been before.

Crawling through the powdered earth was a large, grey worm. Was this the strange bird’s new form?

It was then that she heard her name called faintly twice. When she tried to reply to the disembodied voice, she was told that she was put on the planet to relay a message, but couldn’t do it until later in time. Earth was not ready for what she had to say at the time, so she was told she wouldn’t be able to remember it right away.

Not long after that, she was returned to her family by two of the beings. The entire ordeal lasted about four hours.

At first, her memory was sketchy, but as time progressed, the memories became clearer.

Because the story was so strange, it took her quite a while to find someone who would work with her on it. In 1974, the National Enquirer put a call out for abduction stories. Unfortunately, when she submitted hers, it was written off as being too outlandish.

However, in 1977, she finally found a team who was willing to work with her. The group of people included a psychologist, hypnotherapist, physicist, engineers and an investigator who specialized in UFOs.

Over the next twelve months, she passed two separate lie detector tests, was declared sane by the psychologists and endured fourteen strenuous sessions of regressive hypnosis.

There have been at least five books written about Betty’s encounters, and she has been interviewed several times.

The View of the Skeptic

Some skeptics point to her strong Christian beliefs as taking away from the credence of her testimonies. Is her claim of the beings’ religious origins simply her way of processing the experience or does she really believe they were sent by a divine being?

There’s also the fact that some details, like the appearance of the beings’ eyes, had changed over the years. In some of the books that were written about her experiences, she provided illustrations. In earlier drawings, the beings’ eyes were more like our own, with a large pupil, iris and whites. However, in later drawings, they became more like the familiar, inhuman black orbs. Is this simply memory emerging, or is it modern culture changing the original story?

Another problematic note is that the majority of her memories were brought to the surface by hypnosis. Although it can be a good therapeutic tool, the passive state that the patient goes into when under makes them susceptible to suggestion. If the therapist asked her leading questions at all, the information she gave could all be false.

The timing of when she stepped forward doesn't agree with some people. They look at the 1977 release of Close Encounters of the Third Kind and question the coincidence of the investigation starting that same year.

As interesting as the case is, there will always be questions regarding its truth and validity, as with almost all abduction stories. However, there’s no changing that it’s one of the landmark cases in the world of ufology.

The Andreasson Affair: The Documented Investigation of a Woman's Abduction Aboard a Ufo

This is the official story of Betty's encounters.