One of the Most Feared Alien Races

This race of aliens is believed to be one of the cosmic bio-engineers. Besides having the ability to travel through space they are also able to manipulate genes and in some cases create new forms of life. One of their most reconcilable features, apart from the scales, is their ability to shape shift. This unique ability has allowed for them create, from some conspiracy theorists, a

shadow government that secretly controls the world. They have developed a reputation for being cruel over-lords who have little to no regrade for other life forms or their own creations. Many theorists believe that the ruling elite in the world are really these aliens in disguise.

The Origin of the Draconian Race

Like many of the races that many believe are visiting Earth, it has hard to find where the main source of these races are. Some theorists believe they come from other planets, or from alternate Earths. This has led to the topic of the origins of the Draconian race to be a very diverse topic. The most common theory that you are going to find is that they come from the planet Draco located in the Alpha Centuria galaxy. Draconians are believed to be a warrior race that seeks to conquer planets in order to increase the borders of their interstellar empire. This need for warfare has created tension between the Draconians and other

alien races. Earth, many theorize is just one more battle ground in an ancient battle that has been going without humans realizing it.

The second most popular theory is that the Draconian race don't travel through space, but rather they are inter-dimensional travelers. They originated on a different Earth where the resources ended up running out. In order to preserve their race they traveled to the Earth that we know where they began to rule over the humans that they found. This ability to travel through different dimensions is the reason why theorists believe their headquarters haven't been found yet.

The final theory that people tend to believe is that the Draconians where here from the start. Being suppior to early man it wasn't hard for the shape-shifters to turn the population of Earth into a massive plantation. As man began to become more intelligent, the Draconian race moved their civilization to the center of the planet. This move was both to hide their presence from the humans while also being able to survive with the changing climate. This theory has branched out into the different theories that exist around global warming. 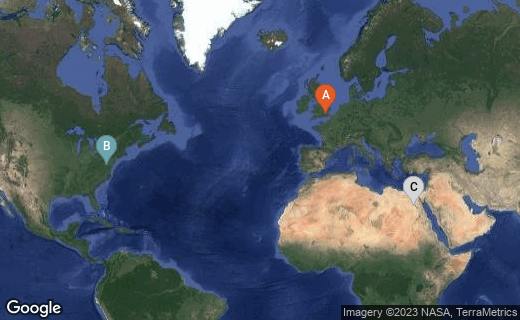 The Royal Family is part of a hybrid line.

The presidants and leaders of America are Shape-shifters

The pharaohs where the first of the hybrid rulers

Appearance of the Draconians

Draconians are humanoid in stature but are covered in scales. They are basically giant lizard men, for use of a better term. They can come in a variety of colors but generally people have described them as their scales as being either green or red. Where some alien races look more fair than humans, Draconians are bulky barbarian looking creatures. Their outward appearance is enough to strike fear into any one unfortunate enough to cross paths with one. Draconians are also able to change their appearance into what ever it is that pleases them. This unique ability is one of the reasons why YouTube is flooded with videos that claim to have caught one of these aliens accidentally shifting on camera or loosing their concentration.

Why are they abducting humans?

With having the ability to conduct bio-engineering the reason for abducting humans ends up being for much more nefarious reasons. Humans to them are nothing more than an convenient and easy to catch food source. Many alien theorists believe that the rituals of human sacrifice that different civilizations took part in was to appeal to the reptilian overlords. Instead of having to take the time to hunt for their food, their slaves would just deliver it to them. This practiced phased out over time after early man over throw the Draconians, which caused for them to have to hunt for their own food.

Food isn't the only reason that some have theorized that the Draconian abductions have been going on. Ancient astronaut theorists believe they harvest genes from humans in order to conduct experiments. The mythological creatures that are shown to be half human and half animal, are thought to be failed experiments done by this alien race. For some the experiments are still going on, but with a secret pact with various governments they are being hidden. The Draconian aliens are only one of several races that theorists believe are abducting humans. The community is split however on how this abduction is going on. Some believe that the reptilians and Greys are at war with each other, while others believe that the Greys work for the Draconians in one way or another.

The Enemies of the Draconians

Due to their war like nature, it should come as no surprise that the Draconian race doesn't have many allies. Since the origins of the race is still something debated it is unsure as to how they developed their war like nature. Some theorize that they where at one point a slave race who over throw their masters and built a new empire on their home world. Others believe that generations of inbreeding and conquest helped nature their highly violent nature. The split on the origin of the race also have the UFO community split as to what the alliances are in general to the different alien races. Some theorists believe that the Greys are androids that are controlled by the reptilians while others view the Greys as a separate race all together.

The hatred that Draconians have towards humans is theorized to come from a feud between the reptilians and the forerunner race for humans; the Lyras. The Lyrans where the inhabitants of Mars and was the source for our own DNA. Like the Draconians, the Lyrans where also bio-engineers. After a disagreement broke out over the use of this technology the Draconians wiped out the population of Mars and a few other planets and used the Lyrans DNA to create a work and food source for themselves. This war that occurred is believed to be the wedge that caused the Draconian race to acquire a high amount of enemies.

The Alien Race Behind it All

The Draconian alien race is one of the most widespread of the alien theories. It can be found tied into almost every conspiracy theory that exists on the planet. The influence that some believe these aliens have been having on Earth isn't just confined to the theories that where stated in this hub. They are also tied into the Nazi's technology as well as being part of some of the crazier missions that the Nazi empire organized. While the community is divided on the specifics of the reptilians, the popularity of these shape-shifting aliens has only grown. The mythos that surrounds them as become as complex as any of the other theories that have been able to withstand the test of time.

Do you think the world is controlled by the Draconians?