The Angels of God in Revelation

Gary studies the Word of God and shares what he learns freely. He has a Ph.D. from the Bible University of Canada.

Introduction - The Angels of Revelation

Introduction - Fixed By His Own Authority

We dive into Revelation and find more of its gold that surprisingly written for today. A lot of people would be astounded to read and learn from the Book of Revelation.

The Lord has granted to a special group of people who do read Revelation to understand its sayings. Believers are not to try to set the "times or epochs which the Father has fixed by His own authority." (Acts 1.7)

That may be the key to the society we live in "fixed by His own authority." People today have been taught they are in charge of their own lives without God. The Lord has exclaimed He is in charge! Rest assured, our Father is in control.

We need to follow the Lord's warning to "be on the alert, for you do not know which day your Lord is coming" (Matthew 24.42). The events in this passage are soon to take place should motivate Christians to live holy, obedient lives (2 Peter 3.14).

Revelation has a supernatural delivery that God sent and communicated by His Angels to John. (Revelation 1.1f) As Jesus said,

"I. Jesus, have sent My angel to testify to you these things for the churches. I am the root and the offspring of David and the bright and morning star." (Revelation 22.16)

The King Is Coming Soon

Their faith in Jesus assured them bliss awaited. This vista of hope was dependant on the person of the risen Jesus (cf. Revelation 22:13). The watchword was "sunrise and morning-star."

Christianity was not some fleeting cult, which had had its day; the heavenly victory over death meant a new era for believers. The Apocalypse (see Revelation 1:5-6) with a note of ringing upon the eternal significance of Christ.

Jesus displayed in all His glory Revelation 22:13 as the Christian works (Strong's Greek Concordance - ergon: ἔργον, ου, τό) all over the world by the sphere of faith towards the finished work of Jesus.

Their payment is religious as well as proper compliance with the Christian walk. For the day's work, the day's wages paid. Their work "scrutinized before the wages were paid." Jesus who was "at once the paymaster of his dependents and their judge,"

The reward, like the new Jerusalem, was safely stored in heaven where no one could steal. No fear of inadequate moral appreciation in the next world, any way you can judge it. It is a far cry better than the world in which we live.

There is Healing In Angel Wings

Here Christ's authority in Revelation is His legitimate claim to be Messiah and thus to inaugurate the new and eternal Day of God.

Jesus Christ was already a Messianic symbol. He is referenced many times in the Septuagint as well (Jeremiah 23:5, Zechariah 3:8; Zechariah 6:12). The symbol denotes the Messianic branch from David.

Jesus has not only the historical walk in Israel behind Him but the infinite dominion beyond time and space before Him. In every way, he was the climax of Hebrew expectation and of world-wide significance also.

In connection with the heavenly Jerusalem, it was natural that Jesus is celebrated as the scion of David, who had founded the first Jerusalem. The star-metaphor reflects the significance of the morning-star, a new day for His workers.

Pepi, the Egyptian king said, "goeth forth into heaven among the Stars which never perish, and his guide the Morning-Star leadeth him to Sekhet-Hetep [the fields of peace]."

The phraseology brings out the conviction of the early church that the present trial was only the cold, dark hour before the coming dawn.

God and the Angels Light the World

But while some Jewish Christian sources doubt his Revelation, the final authorship and authority are claimed by the Apostle John himself (cf. Revelation 22:8).

Some scholars say John attached more weight to the Davidic descent of Jesus than He did during His time on earth. Here Christ's authority in Revelation is tied to his legitimate claim to be Messiah and thus to inaugurate the new and eternal Day of God. (Jeremiah 23:5, Zechariah 3:8; Zechariah 6:12).

The King Is Coming

Their hope was hound up with the person of the risen Jesus (cf. Revelation 22:13). The watchword was, "sunrise and morning-star." Christianity was not some fleeting cult, which had had its day; the victory over death meant a new era for believers.

The Apocalypse had a ringing emphasis upon the eternal significance of Christ in the divine plan and purpose. (Revelation 1:5-6) Jesus in the light of all His glory. The Christian of the day worked out of devotion to the Lord and by the sphere of faith.

Jesus the King Is Coming Sooner Than You Think

In one sense, he was the climax of Hebrew expectations. In another, He is the Savior of world-wide significance. In connexion with the heavenly Jerusalem, it was natural that Jesus is celebrated as the descendant of David, who had founded the first Jerusalem.

The star-metaphor reflects the significance of the morning-star. Still, its eschatological outlook was taken ultimately from Babylonian astro-theology. During the over 70 years there the Jewish astrologist learned much.

My Final Thoughts on This One

Wow! I have heard that we all have an angel assigned to each one of us. That, if true, is a comforting thought. But for sure, they are tied to the end of times in a big way. Angels of God are beautiful beyond description. I am glad I am a child of God.

Jerusalem, Israel - The Capital of the Homeland 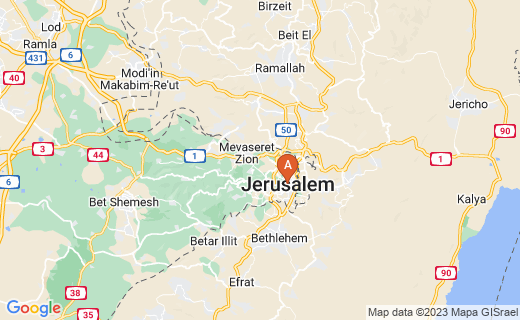 The most well known little city in the world. Why? It is God's footstool and where Jesus' feet touched the cobbled stones. No wonder we love it.

A Poll on Angels

Do you believe we each have our own angel?