Reading, For After Hours... 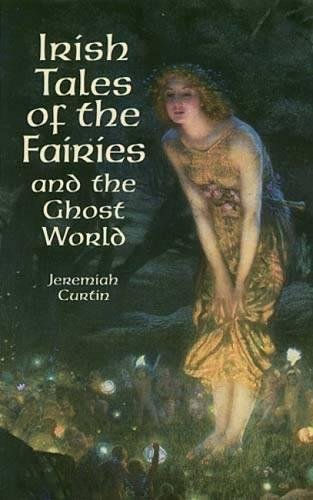 Irish Tales of the Fairies and the Ghost World (Celtic, Irish)
Buy Now

Did I Meet The Banshee?

On a recent visit to Ireland with an old mate, I happened upon an old woman sitting in a pub nursing a glass of amber liquid. I didn't look her way. It was her that approached me, as I sat contently sipping a pint.

My friend had gone visiting and I needed a much deserved break from the jolly Irish families I had met over recent days. I want to make it clear; it was my liver and not me that required a little rest. However, having consumed my weight in the black stuff, I desperately needed a little pick me up. Needless to say my face was becoming well associated with a pint of Guinness, I'd barely sat on the bar stool when one was placed neatly in front of me, accompanied by a brilliant smile from the bartender. My much deserved break was soon to be interrupted...

The old lady called to me. Softly; a whisper (well she pst at me) which I have to admit made my skin crawl. I had wondered if it were my imagination, but she was persistent. I turned around and there she sat. An old grey haired woman, with more warts on her face than I'd ever seen. Her hooked nose and hollow eyes made me recoil a little, but it was her ears that really freaked me out. Huge and pointed. They looked false. I couldn't help but stare. She shuffled in her seat and looked into her drink as if it where a crystal ball.

''Not from around here are ya deary?'' I could say she cackled, but it was worse than that. Her voice sounded like the way you'd expect an astray to speak.

''Ahh! nope, just visiting with an ole friend is all.'' I said turning back to my pint.

''Your not a Kavanagh or an O' Grady ere ya?'' she asked swirling her drink. Gnarled fingers with split yellow nails curled the glass. One broken nail tapped the table.

I swung full round and looked into her hollow eyes. ''No.'' I said. I was starting to feel really creepy and I didn't like it one bit.

''All the O' Brien's are dead now. The O' Connors too and ya don't look like any a them O' Neills?'' It was more a statement than a question. I couldn't help summing a thought from the back of my mind. At the same time knowing, I didn't want to think it. My friend was an O' Connor and when I last saw him (an hour ago) he was very much his cheeky self and breathing along with it.

Before I could stop myself I was halfway through my retort. ''What do you mean all the O' Connors are dead? My friend isn't!'' Slowly she raised her eyes to look straight into mine. They were bottomless with no reflection.

''I meant them that live around here,'' she almost whistled. Her lips stretched thinly over rotten black teeth. A slimy greenish mucus covered tongue poked out at me. That was enough. I leapt from my stool and did all I could, not to leave smoke trailing my heels as I legged it from the bar. I hit my chin with my knee as I flew through the doorway into the safety of the busy street. Jesus, I thought, as I power walked up the hill. I half expected the old witch to be behind me. Needless to say, I didn't bloody look back!

The Old Hag or A Pretty Young Woman?

Is The Banshee Following You?

In Irish folklore The Banshee (pronounced ban she) is a female spirit in Irish mythology, usually seen as an omen of death. A mystic messenger from the demon death to warn that someone soon will die. The Banshee from the Irish Bean Sidhe meaning woman on the side or woman of the fairy mounds is legendary in the Emerald Isle. Mainly associated with families of the O'Connor's, O' Grady's, O'Neill's, O' Brien's and the Kavanagh's.

Her wailing like screech announces a forth coming death. In bygone years, families who had relatives die in far off lands relied on the prophecy of the human Banshee. Records of old, mark the attendance of the Banshee at wealthy houses and the Kings court. The wailing is believed to derive from the lament old ladies used to sing at funerals. A weeping moaning cry.

The Banshee is a tricky old demon and can appear as an old hag, a washer woman, a young beautiful girl (often seen combing her hair; if you find a comb on the ground, leave it where it lies as The Banshee is trying to lure you) or one of the many animals associated with Irish witchcraft. A hooded crow or a weasel. You don't always see the Banshee, but if you hear her wail; some unfortunate soul is about to meet their maker.

The End of The Story. Or Is It?

Later that day, my friend arrived back at the Bed and Breakfast we were staying at. Exclaiming everyone was going to the pub for some banter and craic. I felt I'd had enough banter to last me a lifetime. By now you realise that I'll never star in a horror movie as the plastic spiders will terrify me and I don't do creepy caves with bats and scary things.

''Oh! which pub?'' I asked trying to sound uninterested.

''Clancy's Bar. The one on the front. They have a good band tonight.'' He answered pulling a sweater over his head.

Crap, of all the bars in all the world it had to be the one that weird old hag was in. I thought to myself. Well that was that then. I grabbed my coat and followed my friend out the door. I wasn't going to let some old biddy with bad breath give me the shivers any longer.

As we strode down the garden path, I noticed an old style comb lying on the ground. I reached down and picked it up. It was beautiful, old and ornate. I wiped it on the back of my jeans, deciding it would look good beside my grandmothers hand mirror on my dressing table back home.

I shook my head. ''Nothing of any importance.''

The gate screeched as I closed it and for a split second I thought I heard a low moan. A woman's wail in the distance. With a shake of my head, I patted the comb in my back pocket and laughed. My mind was playing tricks. And anyway if it was a wail, it was just the wail of a cat... wasn't it?