The Mysterious Beast of Boulter's Lock

Brian Langston is a retired Assistant Chief Constable now living in Southern France where he writes on crime, mysteries and the paranormal.

Was a Werewolf sighted on the Thames Towpath at Maidenhead?

The location of the sighting at Boulter's Lock 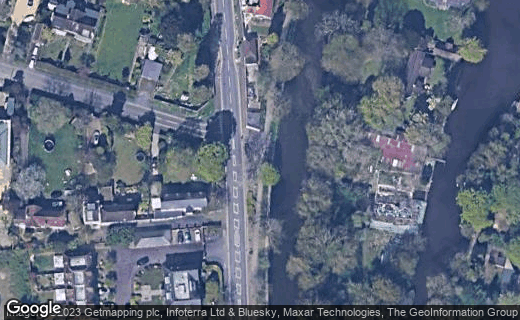 The following mystery is one which falls squarely into the category of cryptozoology and is related here for the first time. The key witness was, until recently, a serving police officer. Her name has been changed to preserve her anonymity in retirement. Her account was given first-hand to the author.

In the 1990s Gail Emptage was a level-headed and valued member of a team of specialist detectives. She had attended many violent and traumatic scenes in her career and as a professional witness, with many hours of courtroom experience behind her, her testimony could be relied upon without the slightest doubt as being reliable.

All her past experience however did not prepare her for the night she was on uniform patrol and came face to face with a mysterious creature which has been dubbed ‘The Beast of Boulter’s Lock’.

Maidenhead is known as the Jewel of the Thames and there are few prettier places than Boulter’s Lock. It was in its heyday in Victorian and Edwardian days when thousands flocked to watch high society promenading along the towpath or indulging themselves on the water in an array of pleasure craft. Today it is still a popular spot for picnics and lazy summer afternoons. Boulter’s Lock sits on the edge of an exclusive residential part of Maidenhead with fine houses overlooking the Thames and conspicuous affluence is evident. The well heeled area was a magnet to thieves and keeping the crime rate down was an ongoing challenge.

Gail was always up for a challenge and readily accepted the post as the dedicated Neighbourhood Officer for the ‘River Beat’ as it was known. One cold and damp night in February 1990, Gail was in uniform on a late night anti-burglary cycle patrol on her beat. She was coming to the end of her tour of duty and decided to do a final tour along the river. She cycled along Ray Mead Road which forms part of the main A4094 and follows the river from Maidenhead Bridge to Cookham. It was half past midnight and as silent as the grave with not a soul around as the mist blew across her path from the river. As she passed Boulter’s Lock she was startled by a sudden movement coming from the direction of the Thames towpath.

The following passage is taken from a written account she made after the incident.

“I was cycling along Ray Mead Road with the river to my right. I had just cycled past Boulter’s Lock when I heard something move on the riverbank. I saw what I thought was large shaggy dog. It was so big that my first thought was that it must be a St. Bernard. As it loped across the road 20 feet ahead of me, it was clearly illuminated by the street lighting and I could see it had the appearance of a huge wolf. It had a thick shaggy coat which was a dark grey in colour- the texture of its coat was not unlike the fleece of a ‘Herdwick’ Sheep. There was no doubt in my mind that it was solid and real.”

The creature ran into the mouth of the junction with Lock Avenue opposite, and then suddenly stopped; - its ears pricked up almost as if it had just sensed her presence. Gail stopped her bike in the middle of the road and froze as the beast slowly turned its head in her direction and stared at her over its shoulder.

Gail recalled; - “My blood ran cold. It had an air of arrogance and almost human intelligence. It had canine features with a long muzzle and upright pointed ears but what terrified me most were its eyes. They glowed with an intense yellow-green luminosity and fixed their glare on me for several seconds. They were like two torch beams- nothing like any dog I had ever seen. It was almost daring me to approach. I don’t mind admitting I was terrified. I turned by bike round and pedalled as fast as my legs could carry me back to the police station". 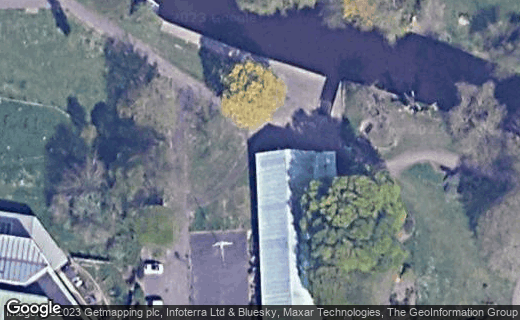 It was 10 years later, in November 2000 when two police officers at Windsor six miles away, completely unaware of Gail’s experience, had a similar encounter with a wolf-like creature seen at the edge of the Thames near to the Windsor Canoe Club. PCs Tom Walters and Lucy Palmer were on a routine patrol during the early hours of the morning and could not believe their eyes when they turned their panda car around in the car park at the Windsor Leisure Pool in Stovell Road. There, caught in the car headlights near the Canoe Club hut was the looming figure of an enormous wolf-like hound. Startled by their sudden arrival the beast turned and slowly loped away towards the river. It disappeared into the shadows leaving the bewildered officers wondering what they had just seen.

Lucy said “It looked too big to be a dog and seemed irritated that we had disturbed it. It had an odd gait and walked towards the river where it vanished. Tom and I were dumb-struck and just looked at each other as if to say what the hell was that? There was no way either of us was getting out to check. It looked for all the world like a wolf so we made a note of it just in case but no-one else ever reported anything.”

There are striking similarities in these reports seen by professional witnesses over a decade apart. Both were seen during the early hours of the morning near to the Thames towpath and the description of the beast as a wolf-like creature is common to both accounts.

The Beast of Gevaudan

Other Hounds of Hell

In recent years however, reported sightings of large wolf-like creatures have not been widespread at the castle or elsewhere. It is therefore highly unlikely that a wild beast is roaming free in the Royal Borough- albeit the former Windsor Safari Park did occasionally misplace the odd wallaby! A paranormal explanation is therefore perhaps more likely.

There is an historical record of a monstrous black hound which stalks Windsor Castle. For several hundred years, the phantom beast has been reported prowling the North terrace, complete with clanking chains and devilish glowing eyes. It was believed to be the ghost of a mastiff kept at the castle by a medieval monarch. Its last reported sighting was in 1812 when it terrorised Royal guards before disappearing.

When examining folklore records, these sightings invite obvious comparison with other phantom hounds such as the infamous ‘Black Shuck’ of East Anglia. The description given of ‘The Beast of Boulter’s Lock’ also matches the description of the notorious ‘Monster of Gevaudan’ which terrorised Southern France in the late 18th Century although thankfully less murderous than its Gallic cousin.

Maidenhead also has its own ghostly legend of a ‘Hell Hound’ at Littlewick Green some 4 miles away from Boulter’s Lock. This creature has been most closely associated with the ancient woodland around Fiennes Farm and has variously been described over the centuries as the ‘White Hound of Feens’ or the ‘Black Hound of Fiennes’ depending on the account. In the mid 1980s a large white hound the size of an Irish wolfhound was seen running through the woods. The witness who saw it described the beast as vanishing instantly before their eyes as if it had run behind a black sheet.

Whether the ‘Beast of Boulter’s Lock’ is connected to these legendary hounds or is an entirely different entity altogether remains uncertain. Has a gap in the space-time continuum allowed access of a cryptid from another dimension? As fanciful as this may sound and whether by coincidence or not, a bizarre time-slip was reported by a couple who claim they were transported back in time by just a few minutes, during a car journey to Marlow along this very road. The intriguing incident happened in broad daylight in 1993 further along the A4094, at the junction with Cookham High Street, just a mile and a half from Gail’s sighting. The couple were bewildered to arrive at this junction twice within the space of a few minutes even though it had been impossible for them to have accidentally doubled back to that point on that stretch of road.

So perhaps something supernatural is going on at Boulter’s Lock. Certainly Gail was convinced that her close encounter was unnatural and it unnerved her so much that to this day she has never walked or cycled along that stretch of road again alone after dark.