The Benefits of Tithing and Sowing into God's business OUT WAY ANY BUSINESS TODAY!

Praise God Everyday From Your Heart

This is real and the core to how God wants it

I have lived 3 different ways as a Christian believer and what I mean by that is being a faithful tither and not a faithful tither and being an occasional tither. To tell you the truth from my experience, 10% GO'S so much more further into God's business versus going into my pocket, my bank account, spending money, etc.

I am not talking about throwing money in the basket and walking away like you just threw money away (non believers believe that and I used to be one), I am talking about the one who is an active believer, they are a Christain and follow the word of God like it is their road map for living and they faithfully expect God to bless them. Not talking about the lukewarm tither, one who tithes and sowers when it's comfortable to do so. I am talking about the one who are using their faith and when they tithe and sow they walk away knowing they are blessed and highly favored and whatever they ask for in Jesus name and as long as it is God's will for them, (AND GOD'S WILL IS HIS WORD A.K.A. THE BIBLE) the answer is "YES AND AMEN."

I have been the one who didn't tithe and the lukewarm tither and the believing ready and willing TITHER (still am to this day) and I choose the latter to live by because for me it has been a rough road doing it my way but when I gets God involved with everything I do, things work out better than I ever imagined. Why? God knows best. He knows what's going to work and what's going to fail and honsestly the world's system of borrowing to pay of a debt and borrowing more to pay off that other debt and so on is quite frankly CRAZY to me! Ever since I saw my mother cutting up credit cards and throwing them in the trash as a child I had a funny feeling about borrowing. It left a mark in my life I have never forgotten. I have learned that in life if you really want to learn something in life when you ask the one who made you He will not steer you wrong.

The definition of insanity is to do the same thing and believe that somehow you will get a different result.

"Maybe if I jump in the pool I will NOT get wet."

"Maybe if I look into the refrigerator again maybe something will appear."

Maybe if I never open my eyes, everything will disappear in the real world."

Have you ever thought like that? I did when I was a kid but when I grew up I put away childish things. I woke up and had to learn you reap what you sow. if you sow nothing you reap nothing. If you sow a little you reap a little, YES IT WILL BE LITTLE BUT IT IS STILL REAPING.

If you sow a lot you reap a lot AND YOU WILL REAP ABUNDANTLY!

As Kenneth Copeland says "It is important to speak our redemption in order for the tithe to produce."

Declare Your Victory Everyday With Boldness

The Tithing Princlipe Is Not Done Away

Some people think that tithing was done away with but that is not true.

NEW LIVING TRANSLATION: “Don’t misunderstand why I have come. I did not come to abolish the law of Moses or the writings of the prophets. No, I came to accomplish their purpose."

The entire process of tithing teaches us to revere God

Tithing was a response to the awe and reverence of God

The tithe was holy to God

Tithing does not make you righteous

Tithing is God's way of supporting the ministry. WHEN WE TITHE WE ARE HELPING TO SPREAD THE GOSPEL, THAT IS INVESTING IN GOD'S BUSINESS. THAT'S WHY GOD WILL BLESS YOU BEYOND WHAT YOU CAN DO BY YOURSELF. In the Old Testament, the Levites and the priest were God's minister to the nation of Israel, and they were supported by tithes. In the New Testament, God has called people to minister the gospel. AGAIN WHEN YOU TITHE WE ARE BEING A BLESSING TO THOSE WHO ARE SPREADING THE GOSPEL. These ministers can be more effective if they do not have to provide for their livelihood by working on a secular job but can devote themselves full time to the work of God. They need time to give themselves to prayer and to the ministry of the Word.

THE OFFERING DETERMINES HOW MUCH GOD WILL BLESS YOU IN RETURN 100 FOLD!

YOU HEARD IT 100 FOLD! THE WORLD SYSTEM DOES NOT HAVE A SYSTEM THAT CAN DO THAT BECAUSE THEY DON'T HAVE A MEANS OF DOING THAT FOR EVERY BELIEVER. BUT GOD CAN BECAUSE HE OWNS EVERYTHING! HE'S GOD. HE'S GOT THE PLAN FOR YOU FOR THE BEST OF YOUR LIFE. FOLLOW GOD AND BE BLESSED. JUST DO IT.

There are so many reason why to tithe so I will start off by saying by tithing we escape or make no place for the devil to condemn us. I know I have tithed so the thought of stealing from God is gone. I have released what was in my hands and I have access to ask what's in God's hands for me. When we tithe the devil has no right to touch our finances. If we do not tithe knowing that we should, the enemy has free reign and can slow down your increase, delay it, even stop it completely until you are jobless.

"Will a man rob God? Yet ye have robbed me … in tithes and offerings" Malachi 3:8

The curse is out there folks and it works 24 hours a day 7 days a week. God is not the one cursing you, God allows what we allow and when we know the principles of God and ignore them we are held accountable for them.

"Ye are cursed with a curse: for ye have robbed me" Malachi 3:9

HOWEVER,THE BLESSING IS WORKING ALSO 24 HOURS A DAY 7 DAYS A WEEK AND BY TITHING WE AVOID THE CURSE FROM ENTERING INTO OUR LIVES.

We tithe also to to Enjoy God's Blessing

"Bring ye all the tithes into the storehouse … and prove me now herewith, saith the LORD of hosts, if I will not open you the windows of heaven, and pour you out a blessing, that there shall not be room enough to receive it " Malachi 3:10, Luke 6:3

Because it reminds you that everything you have belongs to God anyway. It is God who gives us the power to get wealth. Deuteronomy 8:18

When God is first place in your life and Jesus is the Lord and Savoir of your life, then you live by His way of doing things. Tithing expresses our gratitude and respect to God. God created everything and the 10% that belongs to Him is really very small compared to the 90% He leaves in my hand to do as I choose.

JESUS CHRIST REDEEMED US FROM THE CURSE OF THE LAW however in order for the curse to have no place in our life we have to do things God's way. Can you take part of a benefit at another job that you are not connected to? NO. Not unless you work for or with that company. Being a Christian (CHRIST LIKE) we should know by now faithful Christians tithe. There is no middle ground for it. It's either we do or do not.

Don't Just Throw It into the Bucket, Believe and Expect God to Move Based on Your Faith and Obedience

Because when we tithe it gives God the chance to really prove to us He exists and that He is able to provide for us and take care of us better than us by far. God basically says in Mal. 3, "LOOK test me, I will prove to you that I will pour out blessings on you. And some people (as I used to think) think that God pours out money in return only and in most case He doesn't do it that way. He may bless you with something better than the tithe, like a idea, a concept, an insight that will be a blessing for others that could generate money for you in the long run. I don't know about you but God has given me tons of ideas and I am working on them now and it may take a while to get them all out but I know without a shadow of a doubt it will bless many and will be profitable in the long run.

As they say "TASTE AND SEE", I say "TITHE AND SEE", THAT'S WHAT GOD IS SAYING.

To be honest many Christians who don't tithe don't grow spiritual and they stay spiritual babies and don't grow up and receive the promises of God like the bible states they can have. God is no respector of persons, if someone who never heard this and started doing this with their income and gave 10% of their earnings to their local church (or if they don't have a local church they could tithe where God's word is being preached and they are tithers and sowers until they find one) IT WOULDN'T BE LONG BEFORE they would increase and be much further ahead than someone who has known God for decades and has never tithed and never done this from their heart. REMEMBER, WHEN YOU TITHE YOU ARE USING YOUR FAITH. IT NOT ONLY OBEIDENCE, IT'S AN ACT OF FAITH.

AS KENNETH COPLELAND SAYS "Where you place your tithe depends on where you are receiving your spiritual food. God says to bring the tithes into the storehouse. That is where the food is—where a pastor, an evangelist, an apostle or some other ministry is in operation.....When you give, you are not giving to an individual, but for the furtherance of the gospel...... Since your tithe is God's money and since Jesus is the One who handles and receives it, you should always pray and let Him tell you where it should be put to work......When we stand on our covenant with God and exercise our rights as tithers, we lay a foundation for success and abundance. Satan has no chance against us......Tithing the tithe rebukes the devourer! " 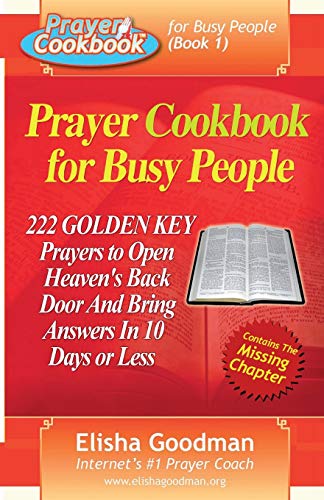