The Book Of Jonah Analysis

A map of where Nineveh is.

A much loved story of the Bible.

Jonah and the whale is a much loved and famous Bible story, told in Sunday School classes all around the world. Although the book of Jonah is a short book in the Bible, at only 4 chapters long, it is one of the most famous stories to be told. But aside from Jonah going inside the belly of a whale, there is so much more to this man. A short book it may be, but it is jam packed with adventure.

The Book of Jonah was written approximately 785 - 760 BC. Jonah was a prophet, albeit a reluctant one. He was sent by God to preach in Nineveh. Nineveh is the most important city in Assynia. Although Jonah does not say much about Nineveh, Nahum does tell us a little bit more about its wickedness.

Nahum 1:9 - Why are you scheming against the Lord? He will destroy you, with one blow, he will strike you twice!

Nahum 2:13 - "I am your enemy!" says the Lord of Heaven's armies. "Your chariots will soon go up in smoke. Your young men will be killed in battle. Never again will you plunder conquered nations. The voices of your proud messengers will be heard no more."

Nahum 2:12 - The lion tore up meat from his cubs and strangled meat for his mate. He filled his den with prey, his cavern with his plunder.

Jonah is also mentioned in 2 Kings 14:25 - Jeroboam II recovered the territories of Israel between Lebo-Harrath and the Dead Sea, just as the Lord, the God of Israel, had promised through Jonah, son of Amitta, the prophet from Gath-hepher.

At the beginning of the book God tells Jonah to go to Nineveh to announce his judgement to them as the people have been so wicked. But Jonah was afraid. Instead, he boarded a ship in Joppa where he set sail to Tarshish. H was afraid and ran from God. Jonah knew how evil and wicked the people of Nineveh was, and was afraid to go. But as the ship set sail, a storm broke out. The crew of the ship was afraid of this. The sailors started throwing stuff into the sea to lighten the load on the ship. Surprisingly, Jonah slept right through it. When the Captain woke him, he asked how he could have slept through such a raging storm. He instructed him to pray for their lives.

As the storm raged, the sailors decide to throw Jonah into the sea. At this point the storm stopped straight away. In Jonah 1:17 it states that God arranged for a great fish to swallow Jonah. And he was inside the fish for 3 days and 3 nights.

Chapter 2 is a prayer that Jonah says to God. This is more of a prayer of thanksgiving whilst inside the fish. He thanks God for not letting him die, but for sparing his life. This may seem strange, considering the situation he's in. But on the other hand, he could have so easily died!

Miracles in the book of Jonah 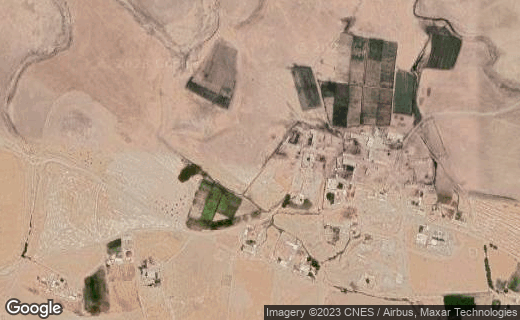 In Chapter 3 we read how God gives Jonah a second chance and instructs him to go to Nineveh and deliver the message he had given him. In verse 4 Jonah enters Nineveh and told the crowd of people that Nineveh would be destroyed in 40 days. Although there was a lot of wickedness here, we see in verse 10 how the people listened to Jonah and repented. When God saw this, he changed his mind about what he said.

In chapter 4 verse 4 Jonah left Nineveh to see what would happen in the city. Whilst he waited, God arranged for a plant to grow. The leaves grew large enough to shade Jonah. God is, indeed, a miraculous God, even if we are angry with him.

The book of Jonah

At just 4 chapters long, this is a relatively short book in the Bible. But, it is still packed with highs and lows. We see how God, in the beginning, wants to destroy the people of Nineveh for the wickedness that has been in this vast city. But when they repent after Jonah tells them what God is going to do, God spares them. This disappoints Jonah greatly and he leaves the city to see what will happen. Even though he is angry with God, God still gives him a plant to shade under. God is still an all loving God. And this has been proven in the book of Jonah. He survives in the big fish for 3 days and 3 nights, thanks to God.

The Bible verses I gave are from the Life Application Study Bible. I particularly like this Bible. I find it very helpful with parts of the Bible I struggle to understand. Jonah was certainly a troubled man. He did, however, did what God told him to and went to the people of Nineveh and told them what God said.