The Doppelganger of Beacon Hill Park : The Story Behind the Haunting

Some background on the park...

Beacon Hill Park, a public park belonging to the City of Victoria since 1882, is a place where people go for health, beauty, entertainment and peace of mind. With the multitude of scenic trails, a petting zoo, a wading pool, water fountains, band pavilion, sports fields, monuments and more you could easily get lost there for a day. It is a metropolis of activity at any time of year, being a draw for both tourists and residents alike for all these wonderful reasons.

Then there are those of us who find interest in the "other side", as I like to put it, of Beacon Hill Park. It's history is rife with controversy, disputes and new beginnings. It has also been the sight, unfortunately, of many deaths. These very predominantly consist of suicides, accidents and fatalities due to natural causes. I myself had a really good friend, whom I adored and still do immensely, who himself died at the entrance to the park at the age of 24. Tragedies, each and every one of them in their own right.

There is one story though, that stands out from the rest. It's the story of a woman that didn't pass on by her own hand or that of simple fate. Her life was taken by another. Granted, the park back in it's early history was the scene of duels and the likes as well as other similar atrocities, but this woman is different. What makes this story truly unique is that this woman was the source of a haunting before she had ever died.

The Tale of Two Women

In the late 1970s, there were witnesses to a dark complexioned, long blond haired woman standing atop a rock in the park at the Douglas Street and Southgate corner. She simply stood, unmoving, morning after morning, for several months. The people who saw this woman thought it strange that she be just standing there all those times but thought little else of it. Once she had stopped being sighted she was soon forgotten. Little else is really known about those sightings.

In 1983, a woman with fair skin and long dark hair was seen repeatedly standing atop the same rock morning after morning, repeating the behavior of her predecessor from the decade before. She reminded those who had lived in the area for both instances of the earlier woman with two exceptions, the first being this woman had the opposite complexion and the second being that to those who saw her she was most obviously an apparition. Her appearance was vaporous, misty and not corporeal.

Then on November 15, 1983, a body was found in a shallow grave under some bushes nearby the rock where the women had been spotted. The remains were of a female who fit the description of the dark haired woman and it was soon discovered that she was a local woman who had gone missing on June 2, 1983. They estimated that she had been crudely buried there the whole time she'd been missing, the spot laying only meters from a well used path.

Since then the dark haired woman has been spotted by people using the path, usually sitting upon the rock where she had always been standing. It's usually said that her appearance is one of repose, almost as if she is meditating, but her mouth is hanging open in a silent scream. Many have said they've stopped to ask her, not knowing the history of this spot, if she was okay only to be completely ignored. After walking away, the stories have varied from people turning and looking back only to see that she had completely disappeared or that they turned only to see her turning to mist and vanishing.

The word Doppelganger comes from the German language and is one's double. In many cultures they've had the equivalent to this with the phenomenon also being referred to as "Fetchs" and "Vardogers" depending on what part of the world you rest your head. In Norse myths, the Vardoger precedes the person, performing the tasks they are soon to do ahead of them. As for Doppelgangers and Fetchs, the folklore goes that if yours is seen it's a harbinger of your death and considered very ominous. Many people throughout history have claimed to see their Doppelganger, among them are Abraham Lincoln and Queen Elizabeth the First, who reportedly saw her Doppelganger lying in her bed shortly before she passed away.

Many have argued that the earlier woman seen in Beacon Hill Park, the blond haired version, was the Doppelganger of the murdered woman and the dark haired apparition being her spirit which had appeared since her death. The phenomenon of her Doppelganger being blond while she was brunette also has some basis in paranormal history. Many times prior reports have been made of Doppelgangers appearing as a "photo negative" of the person, which would explain why the earlier version was fair haired and dark skinned. 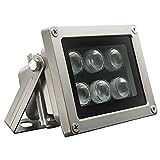 The Facts Behind the Haunting

According to an article written by Rob Shaw of the Times Colonist back in 2008, Donna Mitchell was a mother of a little girl and she had gone missing on June 2, 1983. She was a fair complexioned woman with long dark hair. Reported missing by her common-law husband, he said he knew something was wrong when she did not come home for her daughters 7th Birthday.

She had been spotted downtown having drinks with friends and later that evening near the Empress Hotel was the last time she was seen alive. The police collected what information they could but beyond tracing her to the Empress the trail went cold and her case sat until her body was discovered at Beacon Hill Park on November 15, 1983. Other reports and residents have confirmed that the site is at the same location as the sightings of the two strange women who both strongly resembled the victim.

According to Shaw's article, forensic testing showed that she had been strangled and her body had been put there shortly after her demise. Now that it was ruled a homicide and not someone disappearing of their own accord, the police went forward and started questioning friends, family, probing her background. It wasn't long before they had a suspect, whom they learned lived in Vancouver and was in Victoria at the time that Mitchell went missing. An investigator went to interview the man and then began an undercover investigation.

Within months of Donna Mitchell's death, the police had enough evidence and The Crown willingly issued a warrant for the suspects arrest. Unfortunately, just before the two investigators were about to travel to Vancouver, the Vancouver Police contacted them to say that he had been found dead, hanging.

To date, with no arrests, no confessions and no firm confirmations of guilt, the Donna Mitchell case officially remains cold and most likely always will.

To the investigators who have the evidence before them, the case is solved.

A thought from the author...

I chose to start this series with Beacon Hill Park and the story of Donna Mitchell for two reasons. The main one being that it was one of the easiest to confirm a factual history on. The people in the area did witness these two similar women behaving in the same manner years apart. Donna Mitchell was a real woman, a mother of a beautiful daughter whom I'm sure, regardless of what life was dealing her, loved her daughter very much. She was murdered and found at Beacon Hill Park at the same spot the strange women had been sighted.

The second reason being that while I was reading an old Times Colonist article on the subject a quote was made that gave me an "eyebrow raising moment". I haven't lived this long not to learn to pay attention when I have those, they can be fairly insightful. The suspect in her murder case did pass away just as police were closing in and the officer interviewed was quoted as saying, "Our suspect we figure did it, hung himself".

Personally, I had to stop and ask myself what was with that....they figure their suspect hung himself? Sounds a lot like a reason to raise an eyebrow to me... and makes me wonder if Donna Mitchell got her justice somehow after all.