Steve Miller a dynamic online writer and video editor who has many years of online experience. Building suspense and informing the public...

The Mysterious Case of Elisa Lam... The Truth is Truly Stranger than Fiction!

Very Creepy Photo of Elevator in Elisa Lam Case. The Time Stamp at the bottom has been altered

Why are the Cops Releasing Creepy Video Footage?

There are many questions in the Elisa Lam "accidental" death case in Hollywood California. For one why would the investigators release footage of what appears to be a ghost in the Hotel Cecil elevator? Why did the police release footage of what appears to be slowed down video footage of Elisa Lam? Why did the police tell the media that this young girl was suffering from "bipolar" disorder? Does Bipolar disorder turn you into a stealth ninja that allows you to infiltrate a Hotel rooftop, climb a water tower, remove what had to be a hundred pound water tower lid from atop the water tower, jump into this deep dark watery grave hole, and somehow shut the lid on herself without climbing out?

This is implausible to say the least in this Elisa Lam video footage you will see that even the media were skeptical initially. To get on the rooftop alone would be almost impossible, the death of Elisa Lam was obviously foul play, yet the coroner for months refused to rule as to the cause of death, telling the media time and time again that is was going to take more time. I smell a cover up on this one. The Elisa Lam video evidence goes far beyond your typical everyday coverup, however.

The lid to those water towers are so heavy that the fire department had to cut a whole in the water tank to get her body out. They cut her dead body out of the water tower because the whole was so small a person could barely fit into it. So all this odd stuff going on and what do the police do to distract us all? Release the Elisa Lam elevator video footage to the media. This created a firestorm of people seeing a ghost in the elevator. They also said Lam looked intoxicated however no toxicology report ever said she was intoxicated. I wonder if they just threw a body infected with TB into the water tank sometimes. You will see why I think this by the end of the article. By the end you will also be dumbfounded by the mysterious things that have come up while researching the Elisa Lam case.

The Tragic Death of Elisa Lam

The death Elisa Lam tragedy is unprecedented in it’s implications for the future. There are many questions as to what exactly happened to Elisa Lam, for one how could this petite girl get herself into the rooftop water tower of the Cecil Hotel? The rooftop of the Hotel Cecil was practically inaccessible for a Hotel guest. Why did the police release video footage of what appears to be a ghost in the Cecil Hotel’s main elevator? There are so many questions in this tragic case one hardly knows where to start. We will begin with the fact that Hollywood in is the works for a movie deal turning the Elisa Lam case into a Hollywood ghost story. 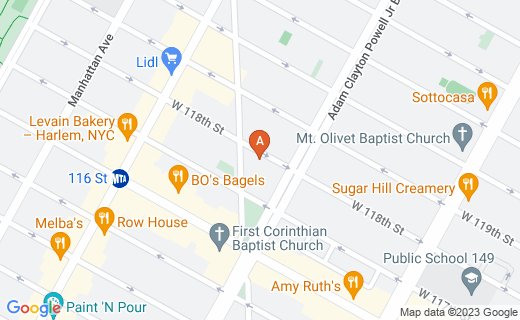 How Did Elisa Lam Get onto the Rooftop of the Cecil Hotel?

The police doing the investigation seemed to focus on the notorious Skid Row Cecil Hotel rather than the victim Elisa Lam. Elisa Lam a young energetic Canadian college student in her 20’s was found dead in the Hotel Cecil Hotel’s water tower. The case is a suspicious case when you add the fact that an outbreak of TB (Tuberculosis) Its what Doc Holiday died of and that was portrayed in the Movie Tombstone a very good movie might I add. Speaking of Hollywood movies I read a theory about how Elisa Lam could have been a Hollywood Illuminati sacrifice. If you believe it or not this mysterious Elisa Lam case was played out in a Hollywood movie called “Dark Water”. In the Hollywood movie Dark Water the main character is named Dahlia. If you are familiar with the infamous Hollywood crime The Black Dahlia (the death of Elizabeth Short) then you might find it interesting that Elizabeth Short was said to have been staying at the mysterious Skid Row Cecil Hotel before her murder, a murder that would go into the Hollywood history books as one of the oldest unsolved murders in Hollywood history. That is just the beginning of the connections to the Elisa Lam case but before I move on listen to this I just caught it. There is another Hollywood movie called “The Departed” in this movie there is a sign in a scene and that sign says Liza Did it. The sign has a girl that looks like Elisa Lam, as well an outbreak of TB hit the Skid Row area during the time of Lam’s death, they named the test for TB in that area the “Lam Elisa” TB test. Now going further if you use the sign in the movie “The Departed” you get something interesting. The name Liza, this name fits both Elizabeth (Liza) and Elisa (Lisa) very close what if the same person was responsible for both deaths? What if that sign is saying that the person who killed Liza (Elizabeth) is the same person who killed Elisa? The person would be very old, but what if it was not necessary a person but a group connection? Interesting questions to think about.

We have really just began analyzing the movie Dark Water, however. In the movie the Dahlia’s daughter is named Cecilia and her nick name is Ceci. Again all one has to do is add a L to the name Ceci and get the new name Cecil, the Cecil Hotel perhaps... You cannot make this stuff up my friends there is a sinister code game being played here for all the world to see. If you are not convinced yet how about this fact, the body of Elisa Lam was found in the Hotel Cecil rooftop water tower. This contaminated all the Hotels drinking water and for days people unaware of Elisa Lam’s body were drinking this putrid water. The Hotel residents claimed that the water was coming out dark or black, Elisa Lam was killed and thrown into the Hotel drinking supply and an outbreak of TB hit shortly after the incident and scientist named the TB test the Lam Elisa test, and the Hotel was spewing “Dark Water” remember the name of that movie? Why is the movie named “Dark Water”? Well because an Asian girl was found dead in the rooftop water supply of the Apartment complex. Reality and a Hollywood movie lining up during this single event. I have saved the best part for last, at the end of the movie we see the elevator of the Apartment building in the movie Dark Water. Suddenly a ghost appears in the elevator at the end of this movie showing that the elevator in the movie will be forever haunted by the tragic events that played out in the movie. In the Elisa Lam case the police released footage of what appears to be a ghostly elevator, again truth is stranger than fiction.

The Elisa Lam case is staggering in its implications. There appears to be a cover up in this case with an intent to monetize the situation. There are other oddities in this case as well. For one it would have been impossible for Elisa Lam to get onto that rooftop without an alarm going off. A week before the body was discovered the police were on the rooftop and found nothing anywhere and they had dogs to track her scent. I am placing a movie with a lot more information in the Elisa Lam case but let me leave you with this. There was another girl from Vancouver Canada that went missing around the same time as Elisa Lam. This girl looks similar to Elisa Lam as well if you want to find out about that sinister connection watch the video as that is a entire new can of worms my friends.

When I started this Hub I had planned on going down the angle of how it is possible for malicious people to mess with people by cyber haunting them. If you think this is not possible you are dead wrong. Just look at all your Smart technology (Remember the Elizabeth Smart Connection). Lets say late one night you are surfing the internet all alone in your house. Did you know if you have certain energy efficient bulbs in your house they have their own unique IP address? They can communicate in vampire mode as well, a little solar cell keeps it on even when its off. What about your smart television? What about your smart phone, and all those other smart things you don't even know are there. Like your new high tech microwave and stove, it's like the transformer movie really where the appliances all come to life.

Only it's two in the morning and your alone. Your surfing the net about a ghostly story like this one. All the sudden all your lights turn off, your television turns on and your stove starts beeping. A quantum computer is responsible it works between time and has analyzed all your social media data from everything you have ever done via "the cloud". All the sudden your computer starts throwing up images of your dead father from the funeral home. Sinister stuff really starts happening and you go insane. Perhaps it only messes with you when no one else is watching because of the camera in your Xbox or television. The future is scary my friends something keeps bringing me back to this topic, I was going to avoid it because its talked about in the video, but here you go some interesting information for you.

The Mystery of Elisa Lam

Do you think Elisa Lam was Murdered?