The Enfield Poltergeist, Fact or Fiction?

Janet being thrown off her bed.

What is a Poltergeist?

According to the Oxford English Dictionary, a Poltergeist (noun) is:-

A ghost or other supernatural being supposedly responsible for physical disturbances such as making loud noises and throwing objects about. The origin is mid 19th century from German Poltergeist, from Polter 'create a disturbance' and Geist 'ghost.'

On a recent visit to my local library, I borrowed a book called 'This House is Haunted - The Amazing Inside Story of the Enfield Poltergeist' written by Guy Lyon Playfair. He has written books about parapsychology and has written this book on his account of what happened in this house in a normal, suburban area in Enfield, London. Both himself and Morris Grosse, a Paranormal Investigator, spent over a year at this house investigating the alleged poltergeist.

It is 30th August 1977 and Peggy Hodgson and her 4 children start encountering strange experiences. After reports from her children that they could hear knocking sounds and furniture was being moved, she began wondering what was going on. She went to her neighbours, Mr & Mrs Nottingham, and they also had experiences of the Poltergeist with hearing knocking and things being thrown around the house. In fact, Mr Nottingham said that he was hit by a piece of flying lego that left a mark on his arm. At the start, it just began with marbles and lego being thrown around. But over the course of the days and months that followed, the poltergeist became more agressive with throwing things like chairs, beds and other furniture pieces. The Police were called in the early days as Peggy Hodgson had no idea what was going on. But the Police couldn't do anything, although one Police woman did claim she saw a chair move.

In a desperate bid for help they contacted a National Newpaper. They sent a photographer and reporter round to the house. In hindsight, perhaps this wasn't the best move to make. As things unfolded and the poltergeist was becoming ever more active and the media became ever more interested. It came to a point where people were calling round to the property to see this poltergeist, which is not what Mrs Hodgson wanted at all. As the story made the national headlines on TV and in the newspapers, the family found it virtually impossible to lead a normal life - whatever normal is under the circumstances.

When Maurice Grosse, from the Society For Psychical Research got involved with the case, he got in touch with a fellow member, Guy Lyon Playfair, to help him. Over the coming year or so they got as much evidence as they could of the poltergeist and what it was doing to the family. They set up tape recorders and taped as much as they could of the happenings to gain as much evidence as they could. There is no video evidence of what went on though. There is, however, taped recordings of the voices and other other goings on in the house.

Although the poltergeist, quite obviously, affected the whole family, it seemed to hone in on 11 year old Janet inparticular. As you can see from the photo at the top of this article, Janet is being thrown across the room. There are many instances where the beds would move across the room on their own, and no one could understand why this was happening. On one occasion, Janet even got thrown on top of the radio, seemingly still asleep. And there are occasions where Grosse and Playfair were apparently having full on conversations with the poltergeist, through Janet. She would talk in a low, throaty voice like an old man. It was almost like snarls, virtually impossible to do for any length of time they claim. Her voices, apparently, were the voices of Bill Wilkins, who was a former resident at the same address some 40 years or so previously. He was foul mouthed and often used bad language through Janet. He didn't seem a very nice man at all. Reports say he died in an armchair.

The poltergeist stopped as abruptly as it started some 18 months later. Why did it suddenly stop its activity? I guess we shall never know the answer to that question. But one this what is sure, it put the Hodgson family through living hell. Today, the house still stands and a different family live in there now. We don't know if the poltergeist is still in the house. Although people that have lived in the house since the Hodgsons have said that they have felt a presence. 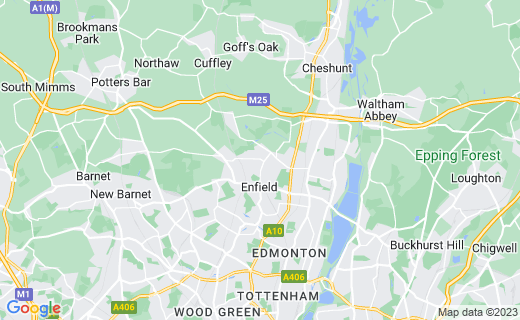 Is this truth or not?

At the height of the drama in 1977/78, there were people who, quite rightly so, were very skeptical of what was going on. Evidently, the people involved were deeply affected by the poltergeist, as were the neighbours, Maurice Gross and Guy Lyon Playfair and other people involved in the case. Of course Janet Hodgson and her family will have to live with this for the rest of their lives. It's a shame there is no video evidence of what went on, but there are many hours of tape recordings of what went on, including dialogue and conversations with the said poltergeist.

The film, The Conturing 2, is loosely based on this case. There have been many programmes and documentaries made over the years based on this case. And there are plenty of these to watch on You Tube. Whether people believe in this kind of thing or not is down to individual chose, but the family very much believe what they were hearing and seeing. Personally, I'll remain skeptical. I'm not sure what to make of it all.