The God of Second Chances

God is the God of Second Chances

One of the amazing aspects of the teachings of Christ Jesus is the concept of forgiveness, of receiving a second chance. Jesus taught in more ways than directly telling his followers what he meant. Jesus spoke in parables to the general masses. These parables, stories containing a hidden meaning, were to be understandable to the people God chose, and meaningless to those God did not desire to understand.

Another way God speaks to us is through the actual, real-life stories of people and generations in scripture. Let's look at the message we see across the lives of some of the main personalities in the Bible: Joseph, Moses, King David, Jeremiah, and Peter. 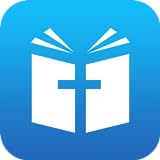 The Holy Bible - King James Version
Download this FREE Android app. Reviews are phenomenal on this one.
Buy Now

Joseph Lifted Up a Second Time

Like Moses, Joseph knew he would become great under God's plan. Joseph told a dream from the Holy Spirit to his six brothers.

"I saw your sheaves of wheat bow to my sheave," Joseph told them. On top of this offense to his older brothers, Joseph also had the favoritism of their father, Isaac. Jealousy crept in. One day, when Joseph went to see his brothers working in the field, the brothers planned to kill Joseph. The devil wanted Joseph out of the picture!

But, one brother interceded and his suggestion to sell Joseph to slave traders saved the day. So, Joseph became a slave. God did not allow Joseph to languish as a slave. His owner, Potipher, realized the worth of Joseph and put Joseph in charge of all his estate. Joseph worked hard for Potipher.

However, the devil slithered in again. This time, lust entered the heart of Potipher's wife. Because Joseph's heart beat with the purity and wisdom of God, he refused her advances. Furious in her rejection, she pulled off Joseph's one piece clothing as he fled to escape her grasp. She accused him of attempting to rape her. Potipher had Joseph put in prison.

But, even in prison, God made a way for Joseph. Joseph interpreted dreams for two fellow prisoners. One of the men, the cup bearer to the pharaoh, was restored to his position. A year later, when the cup bearer heard that Pharaoh needed a wise man to interpret a dream, he mentioned Joseph. Joseph came and interpreted the dream. Impressed by Joseph's wisdom, Pharoah made Joseph the #2 man in all Egypt.

Imagine how it felt for Joseph to be released from prison to come and stand before the most powerful man in the world at that time. It was a "second chance" in every sense of the meaning. However, Joseph never fell out of God's plan.

Satan knew a deliverer would come for the Hebrew people enslaved in Egypt. So, an evil spirit entered Herod. The army of Herod rode out and killed the sons of the Hebrew families. Moses was set adrift upstream from the estate of Pharoah. A childless daughter found Moses and adopted him as her own son. Moses lived as royalty for his first four decades.

One day, Moses accidentally killed an Egyptian guard. He soon discovered the act was general knowledge. Moses fled and left his life of importance. He must have felt lost as he lived forty more years as a sheep herder in a foreign land. What do you think Moses felt as he walked out of Egypt, a man on the run. Moses had offended the most powerful people in all the world: the Egyptians.

Yet, Moses rose up a second time. God's plan for his life seemed to be renewed. The truth is, readers of the Bible know: Moses fulfilled the major part of his work. He led the people out of captivity, to the border of the Promised Land.

Though it may appear you have lost your position with God, it may be that you are really walking exactly where our Father wants you to travel, until you are the Son (or Daughter) He will send. (A child is born, but a Son/Daughter is sent.)

David was not like King Saul, whom he replaced. Saul wanted to be king. Saul enjoyed doing kingly things and looking kingly in front of the people. King David did not care about those things; David wanted to serve God.

God sent a prophet, disguised, to trick David into issuing his own punishment. Among the list of punishments was a decree that the man should lose his life. David did not realize that the man he sentenced was himself.

God, however, said He would not allow the death sentence and overruled that part of David's decree. The other parts held: David paid 7 sheep for the 1 he took; David lost 7 concubines. David also lost the kingdom when Absalom, one of his sons, rebelled.

However, the God of Abraham did not abandon David. He gave David wisdom and wise council. He gave Absalom bad council. David's army defeated Absalom's followers in battle. King David was restored as king over Israel.

Although David sinned and lost his position in serving the God he loved, God forgave David and restored him to his position.

Jeremiah was a prophet who received a lot of animosity. His own family plotted to kill him. The reigning, favored, false prophets did not appreciate Jeremiah preaching counter to their own prophecies. One had Jeremiah put in stocks- in a major public place for all the people to see.

Jeremiah grew frustrated after many, many years of warning about destruction and captivity. He actually quit prophesying for God.

God gave Jeremiah a second chance. "Therefore thus saith the LORD, If thou return, then will I bring thee again, and thou shalt stand before me: and if thou take forth the precious from the vile, thou shalt be as my mouth: let them return unto thee; but return not thou unto them." (Jer 15:19, KJV)

Jeremiah did return to serving as the warning watchman of the LORD.

Peter Denies Jesus, but is Called to Feed the Sheep

Jesus himself warned Peter he would deny Jesus three times before the cock crowed. "Jesus said unto him, Verily I say unto thee, That this night, before the cock crow, thou shalt deny me thrice." (Mat 26:34) Peter completely denied it could even be possible.

However, when Jesus was taken away later that night, Peter followed. The crowd that gathered to see what would become of Jesus recognized Peter because of his work with Jesus and because Peter spoke with the same Gallilean accent as Jesus. Each of three times, Peter denied he knew Jesus.

After the resurrection, Jesus asked Peter three times, "Do you love me?" Peter said yes, three times (nullifying the three denials?). Finally, Jesus said, "If you love me, feed my sheep." Effectively, Jesus called Peter to the ministry of preaching and teaching- even after Peter rejected Jesus.

Jesus came and fulfilled the first coming: to die on the cross as a sacrifice to redeem all who repent, believe, and call on God.

Jesus will come a second time. He will defeat the enemy on that day called, "The Great and Terrible Day of the Lord."

In life, all have failed and come short of perfection. We also have a "second chance" in Jesus Christ.

Jesus promises that all who come to him will receive forgiveness. Jesus is the only advocate on Judgment Day, the day when all people great and small are judged by God Almighty. Have you asked God to your Father?

For God so loved the world, that he gave his only begotten Son, that whosoever believeth in him should not perish, but have everlasting life. (John 3:16)

My little children, these things write I unto you, that ye sin not. And if any man sin, we have an advocate with the Father, Jesus Christ the righteous. And he is the propitiation for our sins: and not for ours only, but also for the sins of the whole world (1 John 2:1&2).