The Importance of Mercy in Christian Living

Mercy is not something we talk about much these days. Instead, we talk about people getting their rights. People are suing each other at the drop of a hat and taking revenge when they feel they have been wronged. They lash out at situations they think are wrong or unjust.

One thing that has struck me recently on various Dr. Phil shows is how quick people are to judge and berate other people through social media, text or email. One of the most appalling shows was about several women who were lashing out at each other on social media because they thought that certain comments made by one of them on social media were offensive. They did not even know each other and had never even met! They said all sorts of hurtful things including blaming a woman for having a miscarriage.

Another show featured a woman who had been cleared of murder charges by law enforcement but was harassed online through social media by people who judged her to be a murderer and accused her of all sorts of things. In our world, mercy is sadly lacking – and desperately needed.

Mercy is the ability to overlook an offense and give someone a second chance. Merciful people show compassion, sympathize, and are patient, kind, and tender-hearted. They are moved to take care of the poor and disadvantaged. They do not retaliate and take revenge when people offend them or are unjust. Instead, they view God as their avenger and trust in His justice.

Jesus said that the merciful are blessed because they will be shown mercy (Matthew 5:7). If we as Christians want people to be merciful to us, we must be merciful to them (Matthew 5:7, Luke 6:36). Mercy is a big theme in the Bible. God wants to extend mercy to us (Psalm 86:5) and promises to be merciful if we repent and turn away from sin. We do not deserve this mercy – it is a free gift by the grace of God.

When we are hurt by others, our human nature prompts us to lash out verbally or take revenge in some way. We Christians have to work on developing an attitude of mercy with the help of the Holy Spirit.

Jesus told a parable about an unmerciful servant in Matthew 18:23-35. A king had decided to settle his accounts with his servants. As he began, he spoke to a man who owed him the equivalent of ten thousand bags of gold. The servant could not pay, so the master ordered that he and his family be sold to repay the debt. The servant fell to his knees and begged: “Be patient with me and I will pay back everything.” The master pitied him, cancelled the debt and released him. So the servant got off scott free.

The forgiven servant did not act in the same way as his master. He refused the fellow servant’s request and threw him into prison until he could pay the debt. The other servants were outraged and reported the forgiven servant’s behavior to his master and told them what had happened. The master was angry and said: “You wicked servant. I canceled all that debt of yours because you begged me to. Shouldn’t you have had mercy on your fellow servant just as I had on you?” And with that, he had the man thrown into jail.

Jesus said that we will not receive mercy if we do not extend mercy and forgive those who owe us something. Mercy is an important quality for Christians to cultivate.

Developing a Spirit of Mercy

God extends his mercy to those who is willing to confess their sins and renounce them (Proverbs 28:13). God is good and ready to forgive, offering much mercy to all people who call on him (Psalm 86:5). We can boldly go to the throne of grace and receive His mercy (Hebrews 4:16). We Christians need to have the same compassion for others as God has for us. An attitude of mercy also leads us to see the needs of others and cultivates a desire to help them. Merciful people are quick to see the needs of others such as the poor and will try to help them.

Forgiveness: Extending mercy is the first step to forgiving others. Forgiveness is another necessary part of living the Christian life.

Not being judgmental: Judgment is the opposite of mercy. Judgment condemns others and shows no mercy (James 2:13), while mercy creates tolerance, acceptance, and patience with others.

Being more patient: Patience is a fruit of the spirit that comes into play when we extend mercy to others. We become more tolerant of people's faults and things about them that may bother us, such as people having doubts about Christianity (Jude 1:22-23). We can overlook offenses and not take things personally. We accept people unconditionally without judgment. We can offer a second chance, if needed.

Accepting loss: When the master extended mercy to the forgiven servant, he had lost ten thousand bags of gold – a huge loss. The king probably knew that the servant could not pay him back. Sometimes mercy means that we suffer some type of loss.

Choosing not to take revenge: The master could have thrown the forgiven servant into a debtor’s prison and have the servant’s family sold into slavery, but he chose not to do that. Instead, he took pity on the servant, forgiving and cancelling the debt, and releasing him. 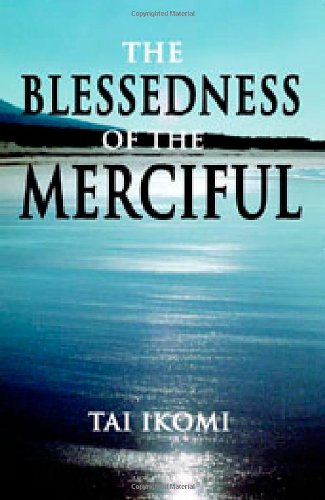 The Blessedness of Being Merciful
Buy Now

So does the need for mercy mean that we do not hold people accountable for their sins and should rescue them from the consequences of their actions? No. We may exercise discretion by overlooking of certain first offences, but need to consider how to handle repeat offenders. We should not allow someone to continually steal from us, exploit or abuse us in some way, thinking that we are being merciful. Like the master, we may decide that someone goes to prison or decide to allow the offender to suffer the consequences of their actions in some way.

God desires mercy, not sacrifice (Matthew 9:13), in other words, the practice of Christianity. We need to develop a spirit of mercy towards others in order to maintain our relationship with God. In all, everyone benefits when we treat other people with compassion, tolerance, and forbearance.