The study of history is all about clarity. It is about unearthing the secrets of the past and using them to gain a deeper understanding of the human race. Most archaeological finds do just that. They tell of where humanity comes from and how it has grown and evolved, and sometimes history can even help us learn from past mistakes.

Not all historical finds are so easily understood. Every so often the sands of time offer up relics that defy explanation, ones that serve only to stir controversy and wild speculation instead of offering information. They are history’s mysteries, and they tend to raise more questions than they answer. The famous Voynich manuscript is one such relic, and it is definitely a confounding one.

This perplexing codex has been described as “the world’s most mysterious manuscript” for good reason. It is hundreds of years old, but it has presumably never been read by anyone but the author. At first glance it appears to be an herbal or alchemical almanac of the sort commonly published in medieval Europe; it follows the format closely enough. All of the text, however, is written in an unknown language (and alphabet) that has stumped every linguist to make an attempt at deciphering it.

Who will unlock the code?

For a brief overview of the manuscript’s history, its entry into the modern era came in 1912 when a book collector named Wilfrid Voynich found it in northern Italy. He was intrigued, to say the least, and he sent samples and photos to various code breakers in an attempt to decipher the writing. They all failed to do anything but put forth a number of theories about the manuscript’s origin and meaning. Carbon-dating has fixed the book’s creation in the early fifteenth century, although Voynich’s first impression suggested that the book came from the twelfth century. Nonetheless, the possibility of it being a modern hoax can be ruled out.

The manuscript had lain unread in a Jesuit library for the better part of a century before Voynich found it, and its history has been traced back to at least the early 1600s. Somehow the book came to the court of Holy Roman Emperor Rudolf II, who paid the steep sum of 600 gold ducats for it. It then passed into the hands of his head gardener, a man named Tepenecz. Tepenecz’s faint signature, found on the first page of the manuscript, is the oldest confirmable evidence of the book’s age. Its authorship has been credited to the English scholar Roger Bacon, and this may be why Rudolph was willing to pay such a heavy price (80,000 dollars in modern terms) for an unreadable book. Bacon died in 1294, however, which leaves a considerable gap in the timeline. 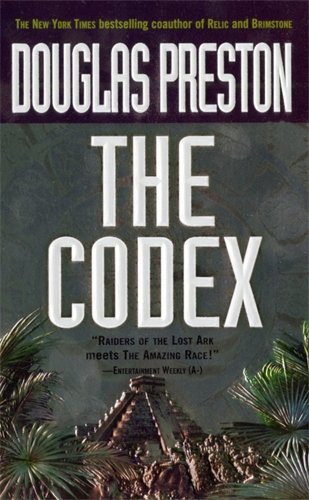 The manuscript itself is made of bound vellum, with about 240 pages that can be divided into 5 sections. Some pages are missing; there may have been more than 260 in the original version. The majority of the book is dedicated to a strange herbal section, which consists of illustrations of various plants with accompanying text. A few of the pictures look like existing plants, but most of the specimens are unidentifiable.

Next is the astronomical section, which contains circular drawings depicting the sun, the moon, stars and zodiac symbols. The so-called cosmological drawings make even less sense; they have a similar layout but are adorned with obscure designs of pipes, tubes and rosettes.

The next section is known as biological, because the drawings interspersed with the text seem to be anatomical in nature. They show a series of containers and pipes populated by small, nude female figures similar to the ones that adorn the astronomical pages. These are thought to portray organs of the human body, or perhaps medicinal baths.

After that are a few more herbal pages and the pharmaceutical section. This part differs from the herbal section in that it shows numerous labeled plant parts, apothecary jars and a few paragraphs of text. The recipes section follows that and closes the book; these pages are densely packed with text. There are many short paragraphs with stars in the margins to mark separate entries. They are thought to contain alchemical and herbal recipes, but some have suggested that these pages contain calendar or almanac entries.

The strangest thing about the Voynich manuscript is the unknown language in which it was written. Many suggestions have been made about its origin, but it is no longer believed to have been written by Roger Bacon. It may be a lone survivor of the Cathar cult and a script used by its members, it may be an early attempt to translate a tonal oriental language into an alphabetic script, or it could just be an unbreakable cipher or synthetic language. These are just a few of the possibilities, and some of them have been disproven, but one thing is sure: none of them can be proven. This mystery may just have to remain unsolved until the Voynich manuscript finally finds its way to someone who can decrypt its meaning.