The Infinite Harmony, Is God A Musician? 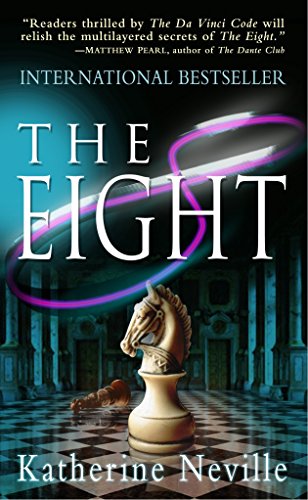 Is God A Musician?

The Infinite Harmony, Is God A Musician? is a concept I have had since I was a little kid, when I first heard of the Big Bang Theory. I thought that maybe the Big Bang was actually a musical note and that our entire Universe was a symphony played by The Creator of All. When I told my Mom this, she just shook her head and wondered out loud, 'where in the world I got these kinds of ideas'. This article The Infinite Harmony, Is God A Musician? will add a little more melody to this idea and explore how DNA and Musical Theory are closely related.

The Infinite Harmony is actually a book written by Michael Hayes, published in 1994 and immediately banned in the United States, so far only one publishing of it has taken place and is a very difficult book to find and is expensive (my copy cost $90.00). At the time its contents may have been considered radical as it relates musical theory directly to DNA sequencing but it certainly wouldn't be considering too revolutionary now.

As we learned in my previous article The Flower Of Life, the Pythagoreans considered the number 22 a sacred number and we will learn the reasons why, in this article. The Pythagoreans studied mathematical and sacred geometry and how their relationship to music was a fundamental aspect of this philosophy.

They considered the number 22 more of a symbol because it represents exactly three octaves of eight notes apiece. There are exactly seven notes in an heptatonic scale. The eighth and final note is merely a repetition of the first note on a higher scale. For example, Do, Re Mi, Fa, So, La, Ti, Do, would be a representation of this, notice the first note repeats as the last note.

Right away we can see a relationship, as DNA sequencing uses twenty amino acids to construct protein used in reproduction, with a start and stop instruction, just like the repeating musical notes in three octave scales and both equal the number twenty-two. Seven notes or tones with one repeating note could be expressed as the number 22. When researching this article I again recognized the importance of the number three, as for ANY sequence of numbers to be established in mathematics you must have at least three numbers, with one exception the Golden Ratio.

These three octaves are important because DNA uses triplet RNA Codons as a set of 'rules' to express various instructions in our genetic code. Perhaps Wikipedia can explain it better.

The genetic code is the set of rules by which information encoded within genetic material (DNA or mRNA sequences) is translated into proteins by living cells. Biological decoding is accomplished by the ribosome, which links amino acids in an order specified by mRNA, using transfer RNA (tRNA) molecules to carry amino acids and to read the mRNA three nucleotides at a time. The genetic code is highly similar among all organisms and can be expressed in a simple table with 64 entries.

An interesting side note; is that there are exactly 64 squares on a chess board, eight rows of eight columns (eight squared), we will learn a little later how this ties neatly into to this theory.

Since anyone that has developed faith in a Higher Power will recognize, coincidence just doesn't exist, as we learn everything is related and has purpose. We will learn that just as all of existence is ruled by the power of the Trinity, (Father, Son and Spirit), (Positive, Negative, Neutral), (Up, Down, Middle), (Sun, Earth, Moon) it is also has the number 8 as a rule too. This number can also be expressed as the symbol for Infinity or known as the Law of Octaves, another coincidence?

We will also learn as we explore this theory that there are far too many coincidences for this theory not to have some merit.

I Ching or The Book of Changes

Since we have already established that musical theory is related to our genetic code (DNA), let's explore this concept a little further and see what other relationships we can find. To make this connection we will first have to get a basic understanding of our genetic code or DNA/RNA.

Some RNA molecules play an active role within cells by catalyzing biological reactions, controlling gene expression, or sensing and communicating responses to cellular signals. One of these active processes is protein synthesis, a universal function whereby mRNA molecules direct the assembly of proteins on ribosomes. This process uses transfer RNA (tRNA) molecules to deliver amino acids to the ribosome, where ribosomal RNA(rRNA) links amino acids together to form proteins.

DNA (deoxyribonucleic acid) is a molecule that encodes the genetic instructions used in the development and functioning of all known living organisms. RNA is a single ring structure, while DNA uses a double ring structure.

The four nitrogenous bases can combine into special triplet-units called RNA condons and create sixty-four different combinations of bases. This is certainly interesting, considering DNA the double helix of genetic information contained within the nuclei of all reproductive cells, is made up of sixty-four biochemical hexagrams.

Another interesting side note; The ancient Chinese book of prophecy, the I Ching also uses this same code of sixty-four (six line signals) or hexagrams. Now that we have a basic understanding of our genetic material and how it works, let's see how it lines up with musical theory.

The basic concept of this theory is that the sixty-four possible combinations of bases (hexagrams) and the twenty-two signals of amino acids used in the creation of proteins for reproduction in our cells, when combined with the triplet RNA condons and four nitrogenous bases is somehow related to the heptatonic musical scale.

Is God A Musician?

Based on this article and the Laws of Nature, DNA and Musical Theory could you accept the notion that God is a Musician? 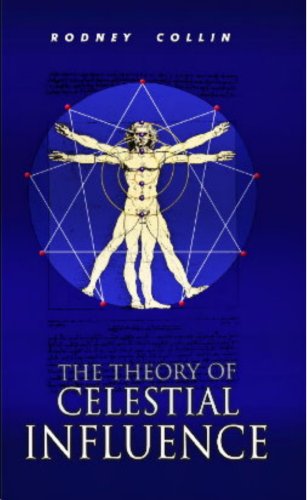 Related Articles by the Author

There are two fundamental Laws of Nature, the first is the triple creative force, or Trinity. All matter is made up of three particles protons, neutrons and electrons. Your consciousness finds itself between the microcosm and the macrocosm, again showing how the number three relates to our reality. This Law plays itself out, over and over again, throughout nature.

This natural Law of three forces is reflected at all levels, thus all living organisms are composed of three distinct orders of energy and form: matter in an electronic state, matter in a molecular state and matter in a cellular state. As I mentioned above for any numerical sequence to be generated we must have three numbers, again the only exception is the Golden Ratio or Means and is also called the Logarithmic Spiral.

The reason I keep mentioning frequencies is fairly recently scientist and researchers have concluded that all matter in the Universe is composed of photonic (light & sound) frequencies. By using the first Law of Nature these frequencies can be determined through sine waves or harmonics composed of three basic measurements (see graphic to the right).

The second Law of Nature is the law of seven-part formation and sequence, known as the Law of Octaves (eight). The Law of Octaves is closely related to various degrees of resonance or vibrations of sound and harmonics of light. A good example of this is the endocrinological network of the human body or glands.

These glands generate or secrete biochemical energy such as hormones and adrenaline that make up the human organism. In keeping with the structure of the Universe the human organism also has three distinct but interpenetrating nervous systems known as cerebrospinal system, the sympathetic system and the parasympathetic or vagus system.

According to Rodney Collin author of The Theory of Celestial Influence, the periodic table of elements, the table of quanta of radiant energy, the table of atomic weights, and the table of molecular weights of compounds form a single definable scale of eight parts.

He explains how the musical aspect of the table of quanta of radiant energy can be described as having three primary wavelengths derived from the inner composition of the white ray. This white ray is composed of seven degrees of light resonance, known as the spectrum, with the eighth degree being the whole phenomenon known as 'light' itself, just like the heptatonic musical scale.

What this means is that subatomic particles (the stuff of cosmic rays) through organic compounds are related in that they can be defined through the Law of Octaves. The second Law of Nature shows us that each of the three creative forces of nature positive, negative and neutral can be divided into seven distinct but interacting orders of energy and form. Upon achieving an optimum resonance, these tones or notes then produce an eighth or transcendental tone, which is the first note of the next creative force.

These three successive scales of creative energy then combine harmoniously to create the overall phenomenon or 22nd transcendental tone or note. This shows that any given phenomenon can be described in musical terms through the Law of Octaves or triple harmonic octave. This is known as the basic formula pi or 22/7 but shows that there is much evidence existing to confirm that indeed there is an Infinite Harmony and God Is A Musician.

Conclusions God Is A Musician

I, for one, find these types of subjects fascinating because once you understand and recognize the basic principles, the Universe seems a much more harmonic place. The song of the Universe has a melody that I can resonate with and seems far less chaotic.

It goes back to the simple truth I recognized as a child that perhaps the Big Bang was indeed just the opening notes in a grand symphony of design and magnificence, played by the master musician. As an artist I recognize the importance of creating as we strive to form a closer conscious contact with our Creator. In a way, using physical reality and the laws of harmonics or music to create art known as our Universe would be one way for our God to create the ultimate masterpiece.

I really enjoy writing articles like this one The Infinite Harmony, Is God A Musician?, far more than articles about conspiracies and doom and gloom. Because I really feel it not only brings me closer to my concept of a higher power but it affords me the opportunity to learn and grow spiritually. Sure, recognizing that conspiracies exist and that the truth should be exposed, is also fundamental in our growth process but only creates more fear and distrust.

By recognizing the Infinite Harmony and our God is a Musician, just means, I can now say in all honesty, that my favorite band is God and that is so cool!