Ethiopian Christianity Part 1: The Writing of the Kebra Nagast, Sacred Book of The Lost Ark Of The Covenant 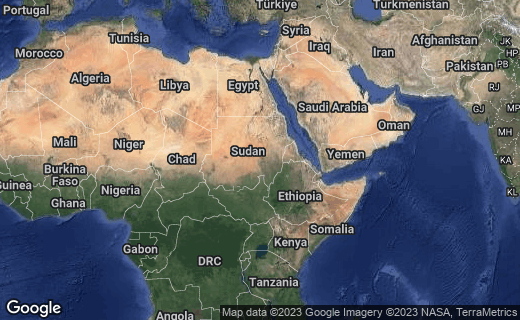 Geography and history mostly isolated the Ethiopian Orthodox Church from the rest of the Christian world until the 20th century. The Ethiopian king converted to Christ in the 4th century, about the same time as the Roman Emperor Constantine. Unlike other Christian populations of the East, Ethiopia successfully resisted Muslim military power, but they were isolated from the rest of Christendom by it. Rumors circulated in Europe about a powerful, wealthy Christian kingdom in Africa, but little was known for sure. For 1,000 years, Muslim controlled territory separated Christian Europe from Christian Ethiopia. The Kebra Nagast, first brought to Europe in the 18th century by Scottish explorer James Bruce, was not translated into English until the 1920s. Needless to say, this text is not well known in the West. The Kebra Nagast explains Ethiopia’s Jewish heritage, its three thousand year old monarchy beginning with the son of Solomon and the Queen of Sheba, and, most important of all to Ethiopians, the story of how they came to possess Israel’s Lost Ark of the Covenant.

Since I was a teenager I’ve seen hints in documentaries and articles about the legends of Ethiopia. Everyone seemed to have a slightly different version – that Solomon tricked the Queen of Sheba into his bed, that he married her, that their son stole the Ark of the Covenant from Solomon, that the priests of Jerusalem asked him to take the Ark to protect it from abominations, that Solomon gave his son the Ark, that Solomon gave only a replica of the Ark. Recently I found a copy of the Kebra Nagast, and read the original for the first time. In this series of hubs I’m going to discuss how the Kebra Nagast was written, the story it tells, and how this compares with Old Testament writings about the same people and events.

The Kebra Nagast was compiled at a critical juncture in Ethiopian history. From an ancient date, Ethiopia was ruled by an unbroken dynasty of emperors. Most of Ethiopia followed a First Temple Judaism, a form dating from before the Babylonian captivity of 697 BC. (Some Ethiopians were still animists, adherents of the “nature religion” more typical of Africans.) The Ethiopian monarchy converted from Judaism to Christianity in the 4th century, and by the 11th century much of Ethiopia had also become Christian. But a powerful Jewish faction remained, mostly living in strongholds in the mountains. In the year 1030 the Jewish Ethiopians, led by Queen Gudit, attacked the Christian capitol, killed the emperor and most of his family, and claimed the throne. One son of the emperor escaped, went into hiding, and raised a family to continue his line. The victorious Jewish Gawa Dynasty held power until 1270, when the Jewish ruler abdicated in favor of Yekuno Amlak, direct descendent of the deposed Christian emperor. Reasons for this abdication have never been clear. With Yekuno Amlak, Ethiopia returned to a dynasty which claimed a more than 2,000 year history. To commemorate this historic event, the new emperor had the history of his family written into a book, along with other religious oral traditions. The result is the Kebra Nagast.

Sign and the Seal: The Quest for the Lost Ark of the Covenant
Buy Now

This timing causes some to look cynically at the Kebra Nagast as a propaganda tool for Yekuno Amlak, who probably felt some insecurity in his position. An extreme version of this cynical view suggests that Yekano Amlak “invented” a history for himself, to bolster his claim to power. Other historians point to cultural, religious and linguistic clues which support events presented in the Kebra Nagast. (See The Sign and The Seal, by Graham Hancock, for details on this.) Historians are divided: some think the writings have a basis in real events, others that they were invented to serve the purposes of those in power. 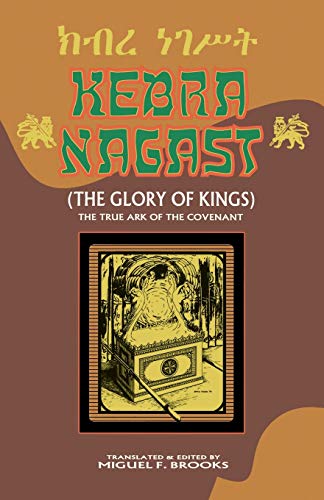 In Ethiopia, this book is scripture. The Kebra Nagast is taken literally, at face value, in all details. Many Christians still regard the Old and New Testaments this way, although in the past few generations a significant number have come to regard some portions of the Bible as either allegorical or, as the Catholic Church states, “Spiritual truth, not scientific truth.”

While many Western scholars see the Kebra Nagast as based on some real events, they do not consider it a history book in the same way as the writings of Romans like Pliny the Younger, or the Jewish historian Josephus. I expect this is at least in part because of not only the number but the magnitude of its miracles. All sorts of natural explanations have been offered for many of the Bible’s miracles: the Red Sea apparently parts of its own accord when conditions are right, huge flocks of quail like those that fed the Hebrews regularly land in that same desert, minerals in the mud of Palestine are known to cure certain types of blindness, and some believe this is the basis of some of Jesus’ healings of the blind. But the Kebra Nagast features miraculous events like Solomon’s son traveling in a caravan which covers thirteen days march in one day, because angels lifted and carried all the wagons. The young man himself doesn’t notice how he is being whisked along until the end of the day.

As I read through the Kebra Nagast, I kept referring back to the Old Testament. Many of the same figures are there, even some quite minor characters. I saw the Kebra Nagast adding events and details the Bible is silent about, rather than offering alternate versions. The Kebra Nagast even made me notice some details I hadn’t previously, such as Solomon having only one recorded son. I did not see direct contradictions, leading me to agree with scholars who argue these oral traditions grew up among a people familiar with the Old Testament and respectful of its authority.

This series of hubs will explore the historical background of the events described in the Old Testament and the Kebra Nagast, and compare the histories presented in each. The hubs will also look at the history of the worship of God in Ethiopia, from Jewish background to Jewish and Christian present.