The Meaning of Celtic Spirals or Celtic Triskeles

The Celtic Triple Spiral or Triskele

Celtic Triskeles or the triple spiral is an image often seen in pre-Celtic and Celtic art. The symbol is found at many Irish Megalithic and Neolithic sites, particularly at grave sites marking the tomb entrance or tomb mound. In modern times, the Celtic triple spiral, triskeleon or Triskele is a commonly used symbol and image for irish inspired tattoos, body art, jewelry including Celtic silver rings and earrings, tapestries and clothing, and as decorative elements for ceramics and pottery. While often seen in Celtic art, the triskelion is also seen often in Greek art and symbolizes three bent legs.

The symbol of the triple spiral has many meanings. Celtic Christians have used the symbol to represent the trinity while Wiccans and pagans use it to describe the realm or coexistence of three. Since the triple spiral is representative of the trinity, it also represents eternity based on the belief of life after death. Celtic inspired Wiccans use it to describe the triple goddess; maiden, mother, crone. Pagans may use it to represent the "three realms"; land, sea and sky, and also as a symbol of the goddess Brighid. Brighid is the Gaelic goddess of fire and hearth and is known as a goddess of warfare. She is a popular goddess as she is known as the goddess of healers, inspiration, childbirth, and poetry.

There is another theory that the triple spiral represents the 9 month gestation period of pregnancy. The symbol is of fertility, birth and rebirth. The sun takes one fourth of a year or three months to go from equinox to solstice. In the course of this three month period, the sun can be traced to follow a path that is spiral. Three spiraling paths put together, the triple spiral or Triskele, would represent a 9 month period or the duration of pregnancy.

Here are various meanings associated with the ancient Celtic spiral symbol or Triskele. Some of these meanings are modern interpretations while others are based in ancient mythology or spirituality.

Because the Celtic spiral is so versatile and has many meanings, the symbols is a great choice for a tattoo. You can incorporate the Celtic Triskele with other symbolism to give your Celtic tattoo its own personal design and meaning. Celtic art on the body is also a great way to commemorate a major event that took place in your life or to use in conjunction with calligraphy and lettering to remember someone special in your life.

Celtic art on gold and silver jewelry is another great way to enjoy this Celtic symbol and share it with others. Celtic spiral silver rings, earrings and pendants make great gifts for a birthday, anniversary, Mother's Day, Father's Day, Valentine's Day and Christmas. The Celtic spiral is found on wedding bands and is a great symbol to represent your connection as a bride and groom.

More Links To Check Out 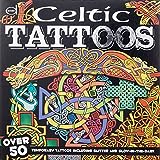