In Christianity, the Bible is essentially a two-volume text. The first is the Old Testament, where God establishes the rules in an historical narrative centered on the ancient people of Israel. The second is the New Testament, hundreds of years later, where Jesus is introduced as the model of virtue and the means of "salvation."

According to the New Testament, Jesus is God's divine son, and his eternal nature is so taken for granted it is actually given scant particular attention. Still, there are a few specific references, such as in John 1, where it is asserted that "in the beginning was the word...and the word was made flesh, and dwelt among us..." In Hebrews 1, it is claimed that God has "spoken unto us by his Son...by whom also he made the worlds..."

Jesus also infers his own eternal existence. For example, in John 8, when asked how he could possibly have known Abraham, he declares, "Before Abraham was, I am." Praying in John 17, he asks God to "glorify thou me" with the glory "which I had with thee before the world was." 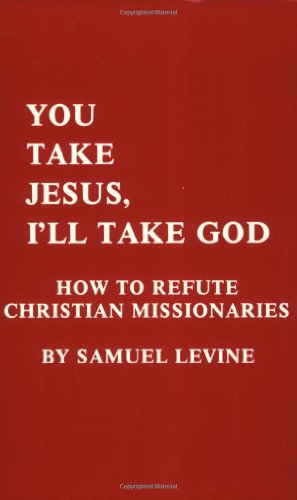 How Jesus Became God: The Exaltation of a Jewish Preacher from Galilee
Buy Now 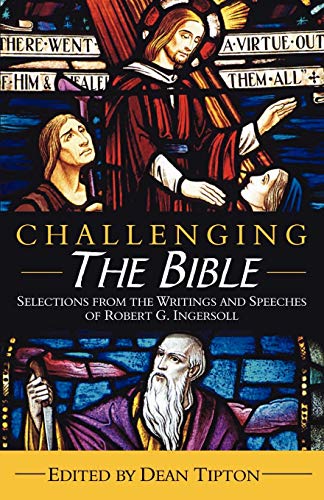 Challenging the Bible: Selections from the Writings and Speeches of Robert G. Ingersoll
Buy Now

But there's a problem...

There is not a single specific mention of Jesus ANYWHERE in the OLD Testament. This is no mere oversight, especially given Jesus' supposed eminence in the hierarchy of Heaven and his importance to Christianity.

That's not to say that apologists don't struggle mightily to insert him, wherever and however they can -- usually by trying to connect him to one or more of the various Old Testament prophecies, particularly those of the Jewish messiah. However, "messiah" (anointed one) refers to a position of authority and rule over Israel and Judah (Daniel 9, Jeremiah 23) -- here ON EARTH, not in Heaven!

Furthermore, the prophet Isaiah (in his chapter 11) suggests that the messiah will NOT be of divine origin, declaring that the "spirit of the Lord shall rest upon him" (which can only mean that, up to that point, he is without the spirit, and therefore not divine).

Still, Isaiah's prophecies remain popular among apologists. For example, in chapter 2, he prophesies a "judge among the nations" who will rebuke people into beating their "swords into plowshares" -- phrases routinely associated with Jesus. But Isaiah makes it clear in the preceding verse that he's referring to "the God of Jacob."

Another supposed reference to Jesus is in Isaiah chapter 9, which states that "unto us a child is born" who shall be called the "Prince of Peace." Yet this clearly refers to someone already existing ("a child IS born"..."a son IS given"), and is presented as a prelude to events that will soon occur in Samaria, Syria and Israel (this is common with Isaiah, who routinely uses births to herald his prophecies).

One of the favorites among Christian apologists is the "suffering servant" prophecy in Isaiah 53 -- which doesn't actually refer to Jesus, either, as I explain in my hub, "Isaiah 53: It's Not Who You Think":

Another notable favorite is the attempt by the authors of Matthew 1 to try to connect Jesus to the "Immanuel" prophecy in Isaiah 7. Yet there are too many details that simply don't fit, as I demonstrate in my hub, "Immanuel Can't: Another Bogus Biblical Prophecy":

In all the Old Testament's dreams and visions of Heaven, there are references only to God, angels and "hosts" of Heaven, and absolutely no mention of a son or equally significant second party -- Jesus or anyone else.

For example, in Genesis 28, when Jacob dreams of a ladder to Heaven, he sees only angels "ascending and descending" on it, and God standing above it. There is no mention of Jesus anywhere.

Throughout the Exodus story Moses converses directly with God a number of times, with no mention of Jesus.

In Exodus 24, the high priests and seventy of Israel's "elders" see God in Heaven, taking note of even the streets "paved of a sapphire stone." Again, there is no mention of Jesus.

In the first and second chapters of Ezekiel, the prophet sees a vision of Heaven, including four-winged, four-faced creatures and even a fiery image of God who speaks to him. But, again, there is no mention of Jesus!

In 1 Kings 22 (and 2 Chronicles 18), Micah sees "the Lord sitting on his throne, and all the host of heaven standing by him on his right hand and on his left," with no mention of Jesus. Contrast this with Stephen's vision in the New Testament (Acts 7), where he looks to Heaven and sees Jesus "standing on the right hand of God." Something's amiss here!

Most pointedly, there are specific references in the Old Testament to the singularlity of God (including the quote at the beginning of this hub):

For example, in Deuteronomy 4 Moses declares: "...the Lord he is God in heaven above, and upon the earth beneath: there is none else."

Or when God speaks through Isaiah in chapter 44: "... I am the Lord that maketh all things; that stretcheth forth the heavens alone; that spreadeth abroad the earth by myself..."