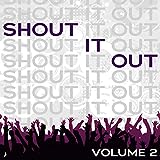 Shout It Out Vol. 2
Buy Now

Christian theologians tend to believe in absolutes. The Christian concept of heaven is one of three planes composed of our atmosphere, the stars and Paradise. For Christians, hell is fire, brimstone and eternal damnation.

Certain Christian sects have the notion of an intermediate state of purification known as Purgatory (Funk & Wagnall define purgatory as: ‘The state or place where the souls of these who have died penitent are made fit for paradise by expiating venial sins and undergoing any punishment remaining for previously forgiven sins.’)

Some churches recognize the physical universe as the Firmament. The word firmament is derived from the Hebrew ‘Rakia’ and has the meaning of a thin metal plate or inverted bowl that separates Paradise from the physical world.

Although Christians do not speak about multiple planes of the universe, they do accept and believe in angels who sit at God’s side, and who are employed in His good works. There is also in Christian theology a hierarchy within the ranks of angels, with some angels attaining the highest rank of archangel.

For most Christians, the ideas of reincarnation, transmigration and the concept of multiple levels of heaven are beyond the boundaries of their belief system. This is not to say all Christians disbelieve in the possibility of reincarnation or multiply planes of existence, but it is the prevalent opinion among the Christian denominations.

The Christian interpretation of the heavens is derived from the scriptures of the New Testament. There is little evidence in the New Testament that substantiates the idea of a multi-planed universe. However, there are some indications that beings or powers exist outside of Paradise. “But take ye heed:behold, I have foretold you all things. But in those days, after that tribulation, the sun shall be darkened, and the moon shall not give her light, and the stars of heaven shall fall, and the powers that are in heaven shall be shaken. Andthen shall they see the Son of man coming in the clouds with great power and glory. And then shall he send his angels, and shall gather together his elect from the four winds, from the uttermost part of the earth to the uttermost part of heaven. Now learn a parable of the fig tree; When her branch is yet tender, and putteth forth leaves, ye know that summer is near: so ye in like manner, when ye shall see these things come to pass, know that it is nigh, even at the doors. Verily I say unto you, that this generation shall not pass, till all these things be done. Heaven and earth shall pass away: but my words shall not pass away” Mark 13:23 to 13:32.

From the Gospel of Mark we learn there are beings that exist outside of Paradise in the physical heavens, and they will experience the great destruction of the heavens at the end of days. We are not told who these powers are, or their relationship with God.

Since Absolute Heaven is unchangeable and permanent, we know the bible is not talking about the destruction of Paradise or of the heavenly beings that reside there. If there are powers in the physical universe who will suffer the fate of the end time, we must ask ourselves these questions: Who are they, where are they, and what if any, is their relationship to us?

The first heaven, according to Christian doctrine, is our atmosphere, the second the region of the stars, and the third heaven is the World of Truth or Paradise. If these powers exist outside of Paradise, and not on earth, do they live on our physical plane, or do they live on a level separate from our own? There is also reference to these powers in Isaiah: “And the host of heaven shall be dissolved, and the heavens shall be rolled together as a scroll, and all their host shall fall down, as the leaf falleth off from the vine, and as a falling fig from the fig tree.” Isaiah 34:4.

We know these powers do not reside in the World of Truth since their world or worlds are impermanent. The question of their existence is a perplexing question; one that only a cultivated being could answer.

The physical stars and moon are clearly differentiated from the hosts of heaven; therefore, I cannot accept the assumption that the powers or hosts of heaven are inanimate physical bodies. Psalms 148:1 to 148:4 also brings into question the Christian assertion that heaven exists on just three levels.

Compare the scriptures of the New Testament with Psalm 148. The Old Testament, is of course, Judaic in origin and promotes the Jewish belief in seven heavens. Even the Hebrew word for heaven, ‘Samiyen’ is a grammatical plural that distinguishes a number of heavens.

To View My Previous Article: The Seven Heavens of Judaism

To View My Next Article:: The Seven Heavens and the Nine levels of Islam