The Mystery of the Ghost in My Bathroom. Is It a Poltergeist?

Suzanne is a former regional magazine publisher, as well as a cooking and gardening writer. She lives in North Carolina.

Who Ya Gonna Call?

It was around 3 a.m. and I was on the phone with my daughter, trying to speak. I say "trying" because I could hardly get the words out: "The towel."

A ghost or other supernatural being supposedly responsible for physical disturbances such as loud noises and objects thrown around.

I am writing this in real time. Tonight something happened that I cannot explain.

I imagine most ghost stories begin with skepticism. Second guessing. Anything, any excuse to come to the conclusion that yes, I have a ghost.

This ghost story began on an ordinary day: I work at my daughter's gift shop five hours a day, and return to my nearby apartment which is within walking distance, five days a week. I'm off on Sundays and one other day, depending upon my schedule. I live alone, or I thought I did until someone or something decided to use my shower.

I've lived in this apartment going on four years after my daughter asked me to help her open her gift boutique. She specifically needs me in the afternoons while she drives to her daughter's school to pick her up. I'm retired and working in the boutique gives me a chance to get out and around other people and keep active.

Up until recently nothing strange or untoward has happened in my apartment. I've loved living here because, not only is it well-appointed with crown molding, hardwood floors and French doors, it has controlled access, an elevator, a gym and overlooks the pool. It is in a very nice small town that enjoys a low-crime rate. So when I came home and found a towel hanging from my showerhead, I was a little set back on my heels because I never hang my bath towel from the showerhead, instead hanging it from the curtain rod.

At first I simply questioned my memory: Had I actually placed the towel on the showerhead which I have never done before. Not that I recall. Why would I have done that? No clue.

Ultimately, my daughter suggested that I put tape on my door when I left for work to see if someone was coming in and out of my apartment. I did. For probably two days.

Then. I came home to find a hand towel hanging on the curtain rod. Nope. Don't remember doing that. But I was in denial, and just told myself I must have put it there.

Last night, Sunday night, after spending the day in my pajamas watching Netflix, I retired early, waking up around 2:30 a.m. needing to pee. I turned on the bathroom light and noticed the shower curtain was pulled back... and the white towel was hanging from the shower head.

On wobbly legs, I reluctantly called my daughter, waking her up, and barely able to speak. "The towel" was all I could muster. "Mooooommmm?" my daughter said sleepily.

After catching my breath, I managed to tell her the towel was back on the showerhead. With her listening, I opened every closet door and reluctantly looked inside, not knowing if an intruder was ready with a knife. I looked everywhere except under my bed. No one was hiding in my apartment. I turned on the light outside my French doors to the balcony. Nope.

To review: I had spent the day inside my apartment. I always lock my bedroom door before retiring. The bathroom is outside my bedroom door. I live alone.

I've replaced the towel on the curtain rod as shown in the photo above. Now we wait.

How to Get Rid of a Ghost or Spirit.

Chakra Palace Large Smudge Kit Gift Set, Abalone, Wood Stand, Sage, Palo Santo, Crystal - 10 Items
My daughter suggested I smudge my apartment to remove the spirit or ghost that placed the towel over the shower head. Smudging is a common practice for this type of remedy. I am going to order some sage leaves and burn them to see if that helps. Fingers crossed!
Buy Now

This morning I noticed the icemaker was making a whole lot of noise. Growling and growling and growling. Then I noticed something that might explain the recent towel activities: a couple weeks ago, when all of this started, I placed an art print by Canadian artist, Janet Hill, on the front of my fridge. My daughter sells a lot of her whimsical prints and since I played around with a Ouija board during my teenage years I decided to purchase this tiny print for myself. There are matching postcards which say: "I have a message for you"...

Janet Hill's postcards say: "I have a message for you". 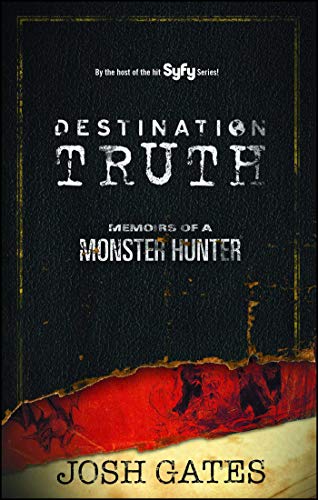 Before tonight, my only experience interacting with a ghost is a shadow figure I saw in my daughter's kitchen several years ago. Again, I was visiting her, and was alone during the day while she was at work. I had no knowledge of a ghost being in her townhouse. No one had spoken about it. But one day I simply noticed a dark cloudy human shape in her kitchen. I never mentioned it to her, not wanting to frighten her.

A few months later, in a phone call, my daughter said: "Mom, did you ever experience anything strange while you were visiting?" at which time I told her about the shadow figure. She went on to tell me that she just got home from work and as she came in the door an orb flew past her and went into the wall to the kitchen, banging on the pots inside the cabinet that was between the wall and the kitchen. She also had experienced her bed feeling as if someone was sitting on it and admitted she had also seen the shadow figure.

That about sums up my experience with ghosts.

I admit I am a believer in the afterlife, and am open to this type of phenomena. I've experienced many coincidences in my life and am convinced I am psychic as I often know things before they happen. This seems to be a poltergeist, based on what I've been reading, but I am open and invite your opinion.