The Paradox Of Hell

For reasonable, rational people, a notion like Hell is too horrifying and overwhelming to fully contemplate. Hence, one would presume it to pose an insurmountable moral and logical hurdle for those whose faith includes such a concept. Indeed, Christian apologists often try to soften or minimize the Bible's depiction of Hell, claiming it is merely a misunderstanding, a metaphor, a mistranslation or taken out of context.

But the Bible is unequivocal in its description of Hell, and there is significant scriptural support (even in the Old Testament) for the idea of Hell as a place of eternal, fiery torment and punishment -- entirely characteristic of the sadistic, malevolent god abundantly described throughout the Bible.

The first association of Hell with fire is in Deuteronomy 32:

"...For a fire is kindled in mine anger, and shall burn unto the lowest hell, and shall consume the earth with her increase, and set on fire the foundations of the mountains..."

In Psalm 140, the description of divine punishment for the living offers a hint of the hereafter:

"...Let burning coals fall upon them: let them be cast into the fire; into deep pits, that they rise not up again..."

"...And they [the living] shall go forth, and look upon the carcases (sic) of the men that have transgressed against me: for their worm shall not die, neither shall their fire be quenched..."

The History of Hell
Buy Now 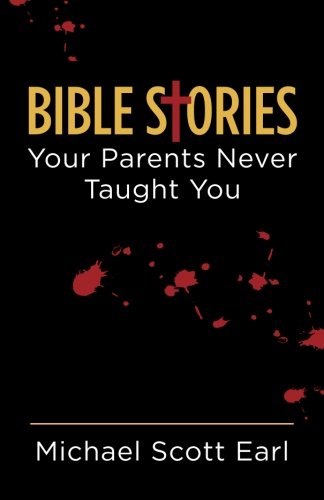 In the New Testament, Jesus continues the theme, beginning in Matthew 5:

"...whosoever shall say, Thou fool, shall be in danger of hell fire..."

"...Ye shall know them by their fruits...Every tree that bringeth not forth good fruit is hewn down, and cast into the fire..."

In Matthew 13, Jesus declares what his angels will do to those who "offend" and "do iniquity":

"...they...shall cast them into a furnace of fire: there shall be wailing and gnashing of teeth..."

Later in the same chapter:

"...So shall it be at the end of the world: the angels shall come forth, and sever the wicked from among the just, And shall cast them into the furnace of fire: there shall be wailing and gnashing of teeth..."

"...And the King [Jesus] shall...say also unto them on the left hand, Depart from me, ye cursed, into everlasting fire, prepared for the devil and his angels..."

"...And if thy hand offend thee, cut it off: it is better for thee to enter into life maimed, than having two hands to go into hell, into the fire that never shall be quenched: Where their worm dieth not, and the fire is not quenched."

This theme is duplicated in the following verses, replacing "hand" with "foot," then with "eye."

Most pointedly, in Luke 16, there is the parable regarding a rich man who dies and goes to Hell:

"...And in hell he lift up his eyes, being in torments, and seeth Abraham afar off, and Lazarus in his bosom. And he cried and said, Father Abraham, have mercy on me, and send Lazarus, that he may dip the tip of his finger in water, and cool my tongue; for I am tormented in this flame..."

"...And the tongue is a fire, a world of iniquity: so is the tongue among our members, that it defileth the whole body, and setteth on fire the course of nature; and it is set on fire of hell..."

There is a more oblique reference (though not specifically to Hell) in Jude 1:

"...Even as Sodom and Gomorrha, and the cities about them in like manner, giving themselves over to fornication, and going after strange flesh, are set forth for an example, suffering the vengeance of eternal fire..."

Finally, in Revelation 20, another reminder of who is destined for Hell's torments:

Believers are CONSTANTLY told that God "loves" them. Yet, in any normal context, the idea of "love" would NEVER include hellish concepts like death, vindictive punishment and infinite torture. To any honest and rational person, the meaning of the word "love" is absolutely contrary to such notions. I've touched on this somewhat in another of my hubs, "You Can't Save An Atheist."

In the end, the ideas of "Hell" and God's supposed "love" are completely incompatible. Which begs the question -- how do believers reconcile the two ideas -- both fundamental elements of their faith?

There are a number of cognitive devices they employ. The first, already mentioned, is outright denial of the nature of Hell -- which, as I've demonstrated, is clearly described in the Bible. Another is equivocation about exactly WHO is condemned to Hell which, almost without exception, tends to be the "other" -- anyone you don't personally know, and ESPECIALLY nobody you care about or love!

Another method sometimes employed is abstraction, in which notions like "Hell" and "love" are reduced from ideas with concrete, practical meaning and emotional resonance to words that are exclusively conceptual, almost hypothetical.

When such notions become mere text on a page, "Hell" no longer represents the very real and horrifying idea of a human being in endless, agonizing pain. The need for empathy (the ONLY true basis for genuine morality) is conveniently removed from the equation, and "Hell" becomes nothing more than a legalistic and bureaucratic application of God's "justice," mentioned as casually as one would discuss a baseball score.

Similarly, "love," reduced to such an abstraction, no longer represents a selfless sense of personal devotion and spiritual commitment. Instead, it becomes a meaningless sycophantic platitude, mindlessly and redundantly applied in sermons and apologetic arguments.

Without such obtuse abstractions and rationalizations, the intrinsic conflict between personal morality and Hell would make religious belief morally and mentally unsustainable.